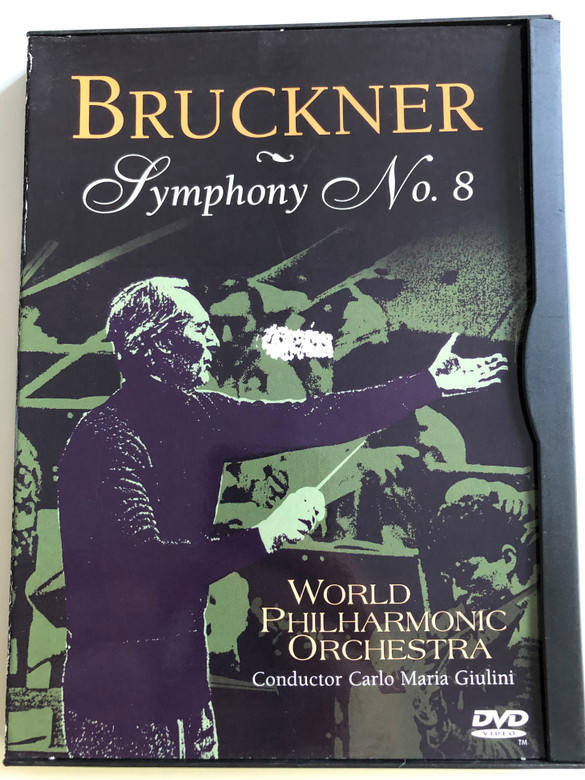 Anton Bruckner lived until age 72 (1824-1896). Wagner described him as the only real symphonist since Beethoven. Bruckner wrote nine symphonies, the ninth
unfinished. He was the eldest of eleven children of a poor, village schoolmaster and had more responsibilities than advantages, but he somehow managed to prepare himself , to become an organist, teacher and composer. After years of struggle, he became a professor at the Vienna Conservatory  and earned enough to permit himself to compose at ease.

The WORLD PHILHARMONIC ORCHESTRA was created so that through the universal language of music, once a year since 1985 in a single concert, music would be the instrument of a message of peace and fraternity of the whole international community, uniting and bringing closer all nations through the participation of soloists who represent symphonic orchestras from 60 countries. The receipts from this annual concert benefit an international humanitarian institution each year.

Symphony No. 8 in C minor