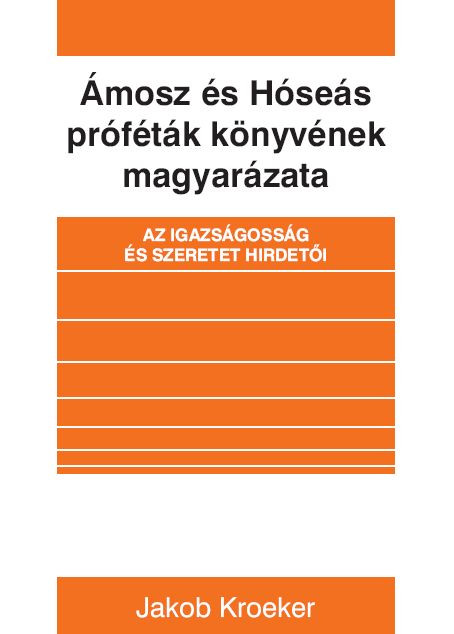 Jakob Kroeker was born in southern Russia in a Mennonite colony.  After he had moved in 1881 with his parents to the Crimea in the Mennonite village Spat, near Simferopol, he completed from 1885 to 1891 at a private school in Simferopol,  a teacher training. He had his first job from 1891 to 1893 at a school in Menlertschik (Tartar name), a branch colony of Spat.

Travel preacher in Russia
Already as a teenager he found Christianity. Visiting an event with Abraham Friesen, who spoke in Spat about his work in India, led him to a theological training. In 1894 he married Anna Langemann, went to Hamburg with her and began studying at the Baptist Seminary, which he completed after four years. Since his wife was unable to obtain a health certificate for working abroad, he was called by his community as a travel preacher for the German Mennonites throughout Russia.

He used the time between trips for literary activities in order to disseminate the experiences and insights gained during his travels. His books were published in German, many in Russian. The magazine Friedensstimme and a Christian Abreißkalender were written by him. This work intensified in 1906 after moving to Halbstadt in the Molochna, where the cultural center of the Mennonites of Russia was located. Here he founded together with Heinrich Braun, David Isaak and his cousin Abraham Kroeker a printing house with bookbindery and the first Mennonite publisher Raduga (Rainbow).

Through his travels Kroeker also came in contact with the alliance movement, which had been received by England and Germany and in Russia. As a speaker, the evangelist and world-traveling missionary Friedrich Wilhelm Baedeker exerted the strongest influence on him: "... his church was less a denominational congregation, but the communion of the saints ... It was he who was in closest contact with the Russian. But the generosity of Kroekers, which he had gained as a result of his many interdenominational contacts, brought him into conflict with several elders of his brotherhood. He remained Mennonite with a message among other denominations.

Emigration and work in Germany
So it happened that in 1910, with his wife and eight children, he emigrated to Germany, to Wernigerode am Harz. From here he undertook numerous trips to St. Petersburg and to southern Russia until the outbreak of war in 1914, but was not allowed to leave Wernigerode as a Russian citizen without permission during the war. That he was not interned, he probably had to thank the fact, to have been an ordained minister of the Mennonites. In the meantime he studied 1917/18 at the University of Berlin Old Testament and Hebrew language. Then he resumed his literary work and published the multi-volume, around 4,000 pages comprehensive work The Living Word, a commentary on the Old Testament, which remained unfinished due to his death. In 1926, a Bible concordance in Russian was published for Bible schools and Bible study in Russian communities.

Between 1918 and 1920, Kroeker and the Reformed pastor Walter Ludwig Jack, who had been expelled from Russia as Reichsdeutscher, held Bible courses for Russian soldiers in POW camps. Until the peace agreement in 1921, before the prisoners of war and refugees returned to their homeland, this was the visit of a Bible school in Wernigerode enabled. Kroekers service to the prisoners of war in Germany was the decisive impetus for the great religious movement in Russia after the First World War.

These experiences led Jack and Kroeker, in 1920, to found the Missionary League Light to the East (now Light in the East), with the aim of spreading Christian literature among the Russian population. Over the years millions of Bibles and parts of the Bible have been sent by the Mission Light in the East to the Russian Empire. In the same year also appeared for the first time the mission sheet your kingdom come. From 1921, international annual Bible and mission conferences were held in Wernigerode. Kroeker traveled to Estonia, Finland and Sweden as a popular speaker after the war. From autumn 1931 to June 1932, he and his wife went on a study trip to Palestine, located in the two Templer Sarbino Sarbino in Jaffa and Sarona near Tel Aviv on the Mediterranean, where there were also some Mennonite families. In 1939 died his first co-founder and co-founder Pastor Walter Jack. Then came the Third Reich and the Second World War, which severely curtailed the work opportunities of the Missionary Alliance. The external circumstances of 1945/46 prompted Kroeker to relocate to Mühlhausen (Stuttgart), where he fell seriously ill shortly thereafter.

Jakob Kroeker married Anna Langemann in 1894. With her he had eleven children, including the architect and university teacher Immanuel Kroeker. In 1948 he died after being patiently endured illness and was buried in the cemetery in Stuttgart-Mühlhausen. On his tomb are the words of the Bible: "We have no permanent city here, but we seek the future one" (Heb. 13:14)

The prophecy of Amos and Hosea and their intentions, struggles and desires have been described. The volume becomes especially valuable because in the first part we can find an introduction to the subject of prophecy and being a prophet.