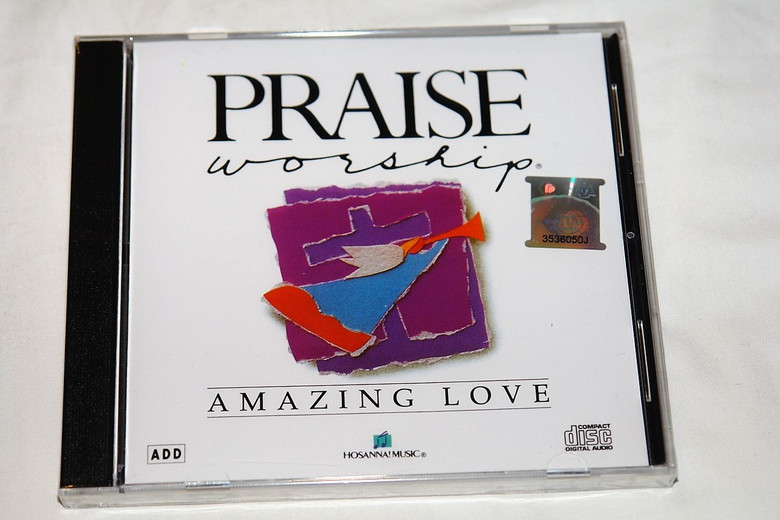 Amazing Love is one of the many albums of Christian worship music recorded by Graham Kendrick.This Contemporary Christian album was recorded live Findlay Memorial Church in Glasgow, Scotland and released in 1990 by Integrity/Hosanna! Music/Sparrow/Star Song/Columbia/Sony.

Graham Kendrick (born 2 August 1950) is a prolific English Christian singer, songwriter and worship leader. He is the son of Baptist pastor, M. D. Kendrick. He now lives in Tunbridge Wells and is a member of Holy Trinity with Christ Church, Tunbridge Wells. He is a member of Ichthus Christian Fellowship. Together with Roger Forster, Gerald Coates and Lynn Green, he was a founder of March for Jesus.

Kendrick began his songwriting career in the late 1960s. His most enduring accomplishment is his authorship of the lyrics and music for the song, "Shine, Jesus, Shine", which is among the most widely heard songs in contemporary Christian worship worldwide. His other songs have been primarily used by worshippers in Britain. Kendrick is a co-founder of the March for Jesus. He received a Dove Award in 1995 for his international work. In 2000, Brunel University awarded Kendrick an honorary doctorate in Divinity ('DD') in "recognition of his contribution to the worship life of the Church".He was awarded another DD in May 2008, from Wycliffe College in Toronto, Canada.

Although now best known as a worship leader and writer of worship songs, Graham Kendrick began his career as a member of the Christian beat group Whispers of Truth (formerly the "Forerunners"). Later, he began working as a solo concert performer and recording artist in the singer/songwriter tradition. He was closely associated with the organisation Musical Gospel Outreach and recorded several albums for their record labels. On the first, Footsteps on the Sea, released in 1972, he worked with the virtuoso guitarist Gordon Giltrap.

Kendrick worked for a time as a member of "In the Name of Jesus", a mission team led by Clive Calver. He was based at St Michael le Belfrey church in York in the late 1970s and was involved in student and university ministry with British Youth for Christ. At this time he recorded the albums Triumph in the Air and Cresta Run. Calver went on to run British Youth for Christ and the Evangelical Alliance, and then left the United Kingdom for the Evangelical Church in the United States. Kendrick, however, remained firmly fixed in the UK church as probably the most influential Christian songwriter of his generation.

Kendrick also released "Let the Flame Burn Brighter" as a single in 1989, which reached 55 in the UK Singles Chart.