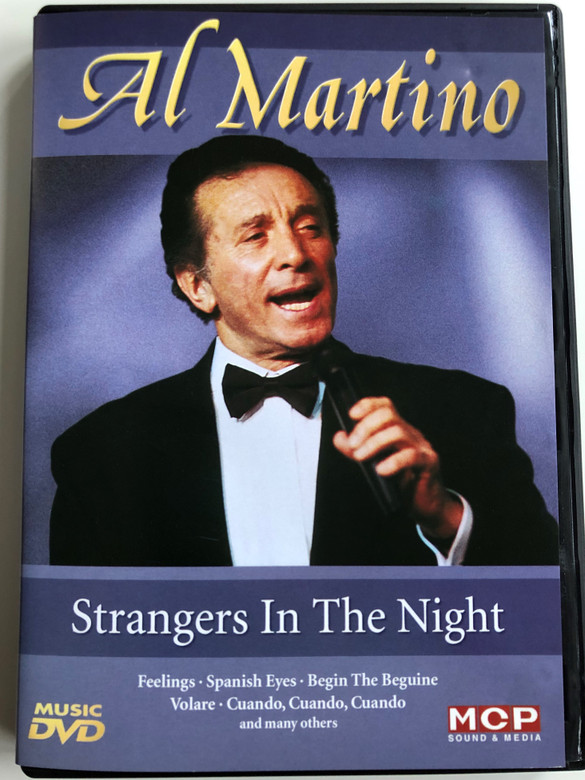 Al Martino (born Jasper Cini; October 7, 1927 – October 13, 2009) was an American singer and actor. He had his greatest success as a singer between the early 1950s and mid-1970s, being described as "one of the great Italian American pop crooners",and also became well known as an actor, particularly for his role as singer Johnny Fontane in The Godfather.

After serving with the United States Navy in World War II, during which he was part of, and injured in, the Iwo Jima invasion, Cini began his singing career.Encouraged by Lanza, he adopted the stage name Al Martino, based on the name of his good friend Lorraine Cianfrani's (née Losavio) husband Alfred Martin Cianfrani, and began singing in local nightclubs. In 1948, he moved to New York City, recorded some sides for the Jubilee label, and in 1952, won first place on Arthur Godfrey's Talent Scouts television program with a performance of Como's hit "If".

You will be my music The song is you
Feelings
Spanish eyes
Lonely is a man without love
Granada
Al Di la
Begin the beguine
I`ve got to be me
Volare
Cuando, Cuando, Cuando
Mary in the night
Strangers in the night
Speak softly love
I don`t mean a thing if you ain`t got that swing Sing, sing, sing
Malaguena
Come into my life
Here in my heart
My memories 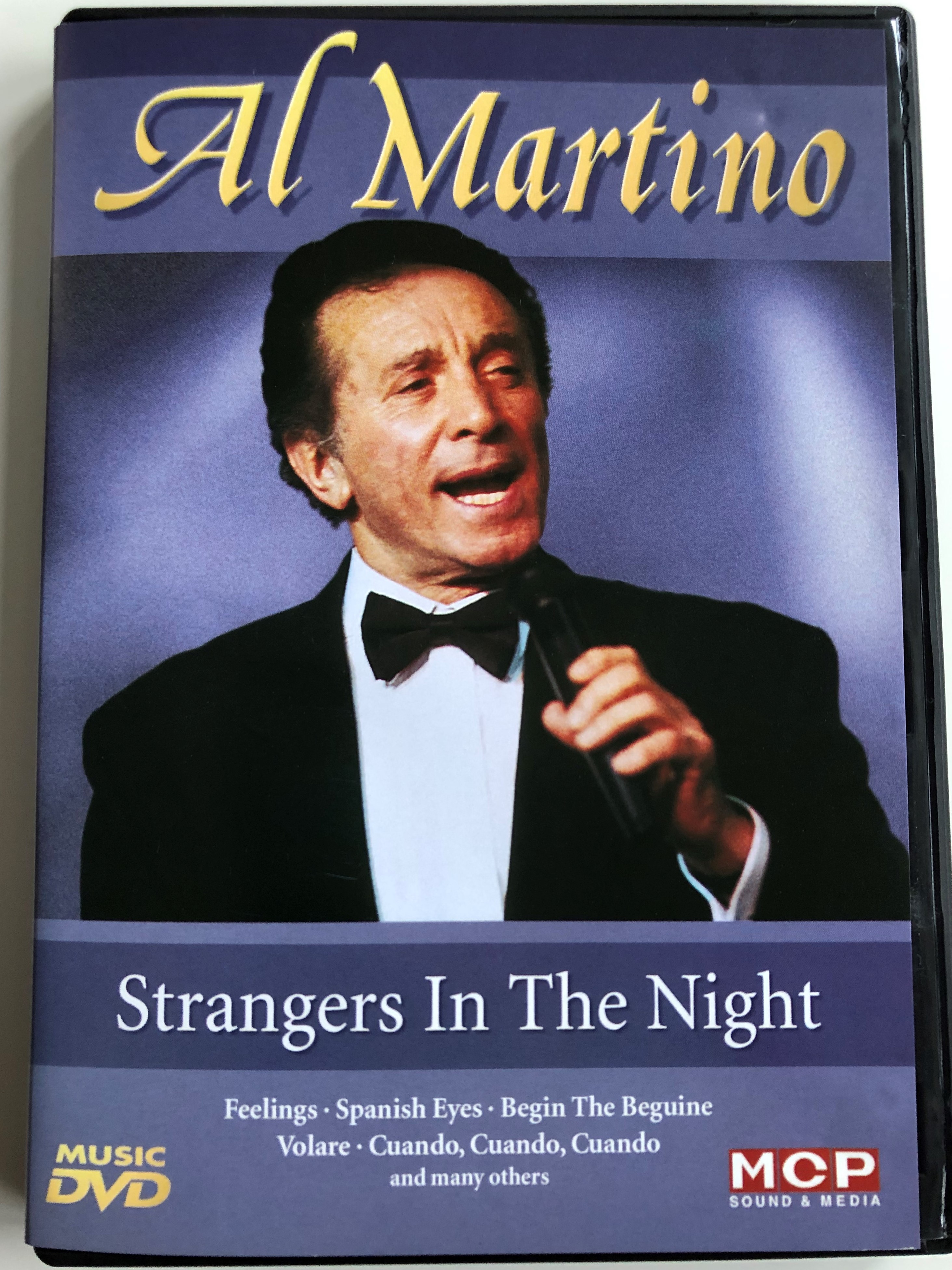 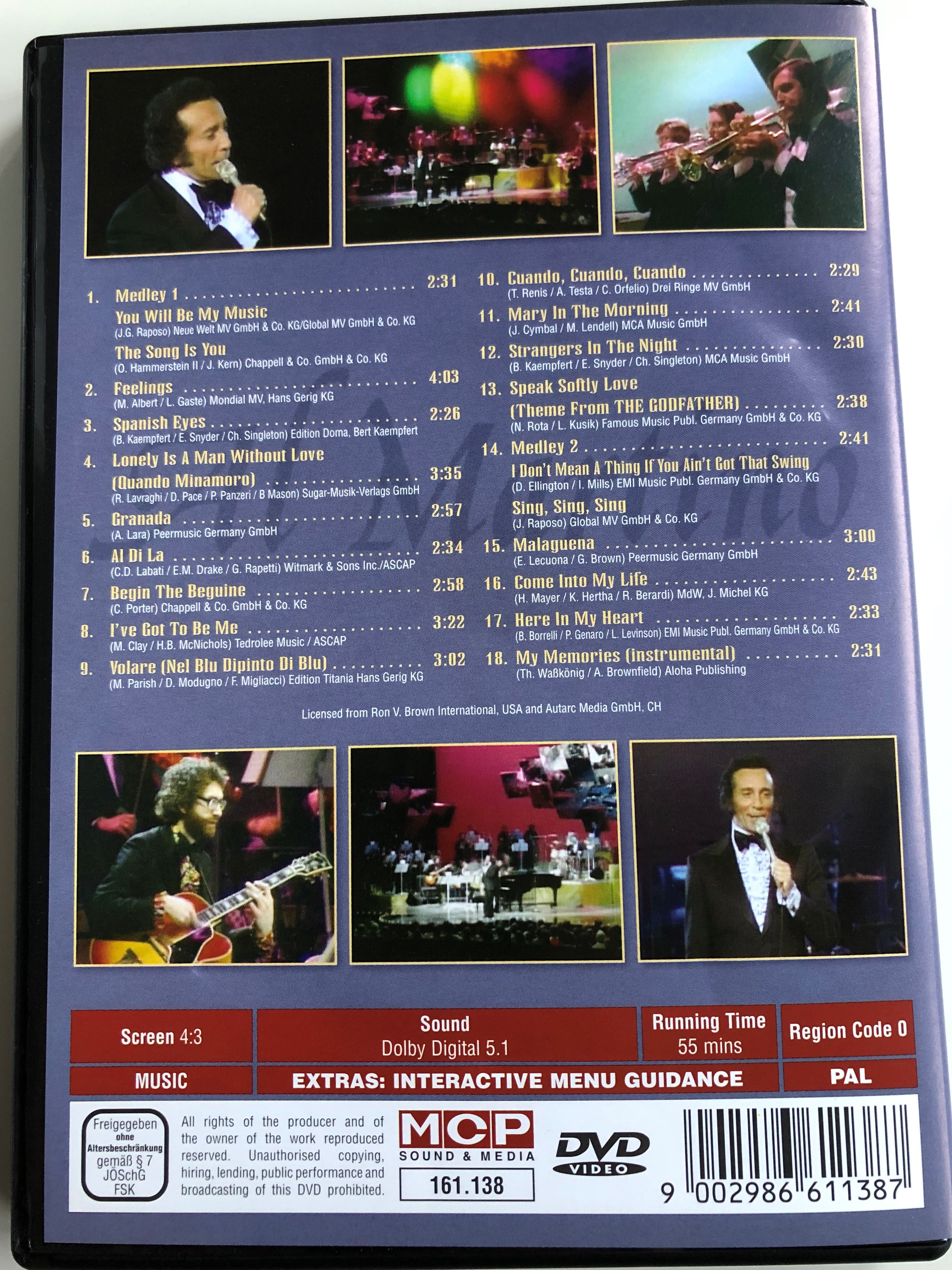