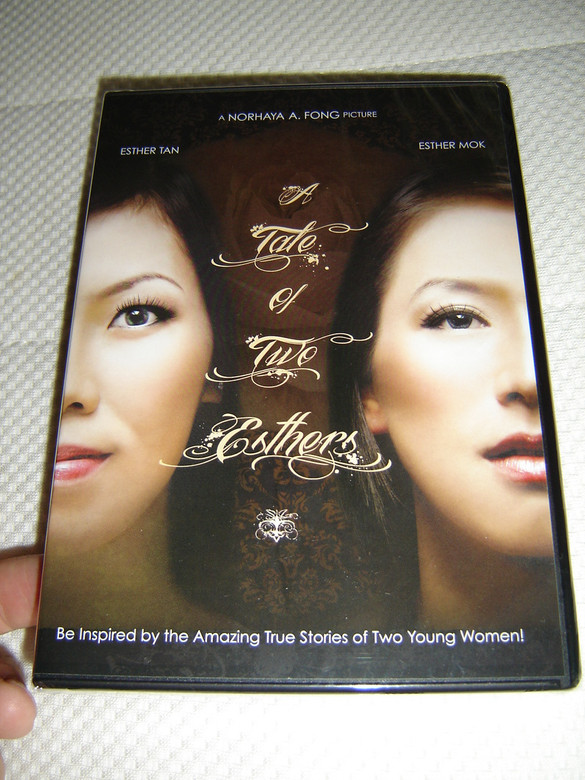 A Tale of Two Esthers (DVD)

A Tale of Two Esthers - Be Inspired by the Amazing True Stories of Two Young Women // Comes with a study guide in the DVD box. The compelling true story of two young ladies: one reaching the heights of the world's tallest peak and the other descending into depths of despair. Esther Tan, at age 23, took a chance one day that eventually became a four year journey which culminated in her being part of the first women's team from Singapore to reach the top of Mount Everest. In spite of her inexperience, a relatively small physique and even a congenital heart condition that required surgery in the midst of her training, she persevered to overcome her fears and anxieties, ultimately conquering the Mount Everest of her life. Esther Mok, at age 23, was just an ordinary girl. One day, upon returning from a holiday in Hong Kong, she suddenly achieved infamy as the first carrier of SARS into Singapore and notoriety as a super-infector, transmitting the disease to over 90 other people. Among those she infected were her parents, her maternal uncle and her pastor, all of whom died from the disease. She survived, but had to live under the shadow of having caused so much pain and grief to those around her. There were a total 206 SARS cases in Singapore with 26 deaths. That was in 2003. What really happened? What was her journey like?