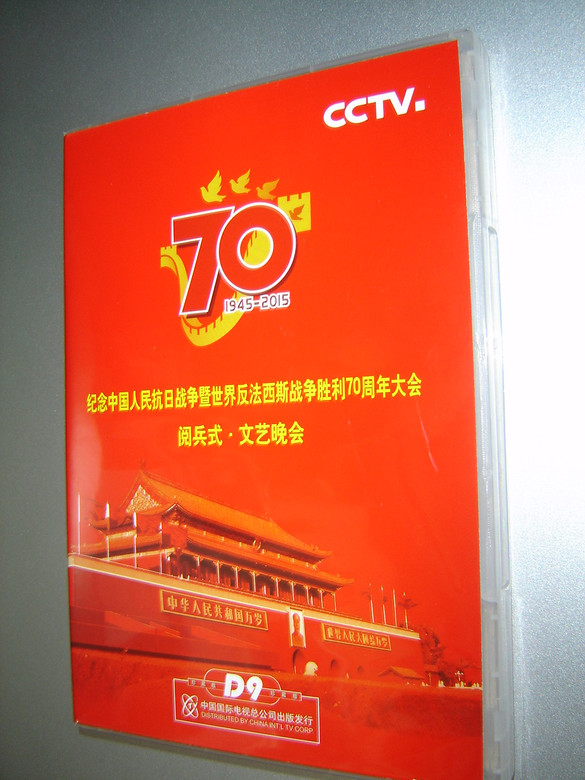 ATTENTION NO ENGLISH OPTIONS!!! CHINESE ONLY AUDIO Region Free PAL DVD, it will play in PCs and Laptops, and on Region Free DVD players. // 2015 September 3 China Victory Day Parade 70th Anniversary V-Day end of WWII / Official CCTV Coverage DVD / Disc 1: Parade / Disc 2: Theater Victory and Peace Gala / PAL Region Free / CHINESE ONLY // Disc 1: The 2015 China Victory Day parade was a military parade held along Changan Avenue, Beijing, on September 3, 2015 to celebrate the 70th anniversary of Victory over Japan Day of the Second World War. The commemoration was the first high-profile military parade held to celebrate an occasion other than the National Day of the People's Republic of China. 12,000 troops of the People's Liberation Army participated in the parade, in addition to over 1000 troops from 17 different countries. Xi Jinping inspected the troops. Li Keqiang was the master of ceremonies. Playtime 2 Hours 5 Seconds / Disc 2: With the theme of "Victory and Peace," the evening gala depicted the Chinese nation's valor in the war, hailed the mainstay role of the Communist Party of China in the war and expressed China's call that all people around the world get united and safeguard peace. Playtime 1 Hour 34 Minutes