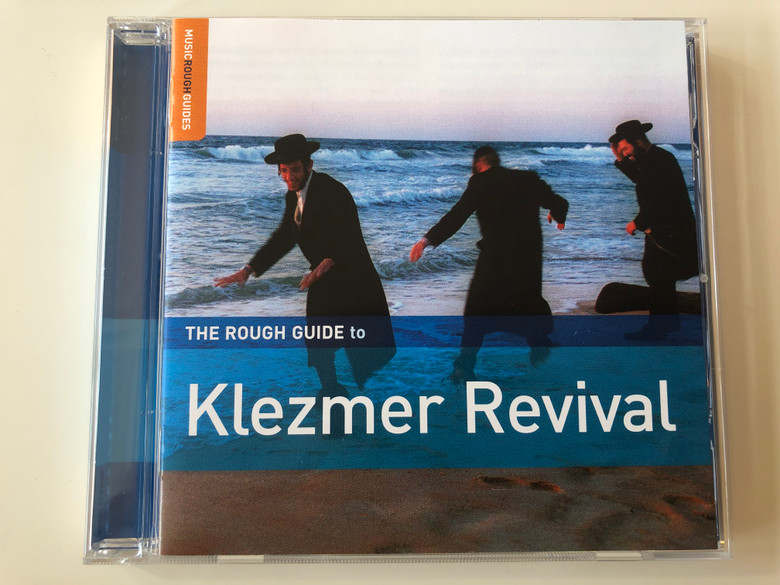 Label: World Music Network ‎– RGNET1203CD
Format: CD, Compilation
Country: Europe
Released: 2008
Genre: Folk, World, & Country
Description:
This is an album that does pretty much what it promises, and highlights a number of the main players in the klezmer revival that's now been going on for a quarter of a century. So, along with the Klezmatics, who are committed to a new klezmer sound, there are acts like Budowitz and the Klezmer Conservatory Band, who looks back to more classical 19th century klezmer -- before it crossed the Atlantic and grew wild and jazzy in America. There's plenty of variety, like the mandolin of "Flatbush Waltz," but throughout there's a strong sense of Jewish identity and some superb playing (kudos to many clarinet players). A couple of omissions -- David Krakauer and Kroke -- stand out, and at times the compilation seems to be stretching a bit with major names in the field, although perhaps that's more an indication that it's a very small field. Still, for anyone interested in discovering klezmer, this is a fine place to begin.

The trouble with The Rough Guide to Klezmer Revival isn't so much the 18 vivacious tunes packed onto the CD -- it's the packaging itself, which, typical for a Rough Guide press mailer, comes in a flimsy sleeve bereft of liner notes, substantive background information, critical analysis, or any kind of "guide" to help the uninitiated fathom this carnival of Jewish orchestral kitsch. How to contextualize its making? What to listen for? Of what subject matter do these carolers sing, and would it break the World Music Network bank to include a lyric sheet? The proverbs tell us that music is a universal language, but Klezmer Revival proves that, at the very least, it sometimes comes in a heavy Yiddish accent, weighed down by exotic modes and uncommon arrangements, all signifying little to the unseasoned palette.

Luckily, yours truly has a spectacular set of Rough Guide books on his bed stand, and a habit of joyriding on Lexis Nexis, where this kind of background info likes to hang out. Turns out that the Klezmer Revival is all about Eastern-European-American Jews modernizing the secular standards of their ancestral past, when convivial troubadours would perform these celebratory tunes at weddings -- mazltov! -- and other such occasions. With its free-wheeling and high-spirited mix of jovial woodwinds, and somersaulting piano trills, it sure beats the "The Funky Chicken", a totalitarian form of group exercise that contributes to 25% of all divorces. Betcha there's all kinds of suffering encoded in the mix too: in those trembling strings on "Flatbush Waltz", in the Gregorian-like chant on "T'hay Yeshua Zoys", even in the shenanigans of those kooky clarinets that bounce through inexplicably tragic modes on "Tsu Der Khupe". "Ode to Favouritism & Corruption" is an unusual choice for a wedding reception, and a hootenanny of rapid-fire call-and-response strains. Fun, fast, seemingly flippant. What could it mean? Alas. Without that lyric sheet, the world may never know.

If you could go back in time fifty years, virtually no one would have predicted the magnitude of the klezmer revival -working klezmer bands can now be found in New York, but also in places like Brazil, Australia, Germany, or Poland. The Rough Guide To Klezmer features a diverse selection of klezmer revival songs, as well as traditional Yiddish music.

Performing in both Yiddish and Hebrew, renowned vocalist Chava Alberstein, embodies 'the story of many new immigrants' in Israel. 'Good Memory', is a touching poem about scenes from childhood. The Klezmer Brass Allstars, led by innovator Frank London, transform intimate Yiddish folk music with an infectious and captivating orchestra reminiscent of the Balkan and Roma brass bands. Roger Davidson is best known for his long career in European classical music, straight-ahead jazz and Latin music. 'Freedom Dance,' featured on this album, is a collaboration with Frank London, and a brilliant fusion of klezmer and jazz.

Daniel Kahn is one of just a handful of klezmorim composing new songs in Yiddish, and digging deep into the Yiddish archives. 'Yosl Ber' is a classic song by Itzik Manger. The Amsterdam Klezmer Band fuses traditional Yiddish music with doses of Balkan, Eastern European, ska, jazz and even hip-hop. Steven Greenman is widely regarded as one of the finest practitioners of traditional East European Jewish klezmer violin. The nign featured here is from Greenman's latest project, Stempenyu's Neshome. The world-renowned supergroup Brave Old World combines the soulfulness of Yiddish tradition, the finesse of classical music and the vitality of jazz. 'Ver Klapt Du Azoy?'('Who's Knocking There?') is from Brave Old World's acclaimed recording, Song Of The Lodz Ghetto. Joel Rubin's 'Simkhe Nigunim' is taken from his latest project, The Nign Of Reb Mendel: Hasidic Songs in Yiddish, and is a magnificent recording of nigunim.

One of the leading figures of the klezmer revolution, Canada's Josh Dolgin (aka Socalled) brilliantly moulds Yiddish folk songs and traditional Hasidic chants with an old-school breakbeat, exemplified here by 'Baleboste,' which features Adrienne Cooper on vocals. The Flying Bulgars, founded by trumpeter David Buchbinder, fuses Yiddish folk with jazz and Latin grooves. The group Klezmania was instrumental in reviving Yiddish culture in Australia. On this album, Klezmaniagives Leonard Cohen's classic 'Dance Me To The End Of Love' a klezmer makeover. 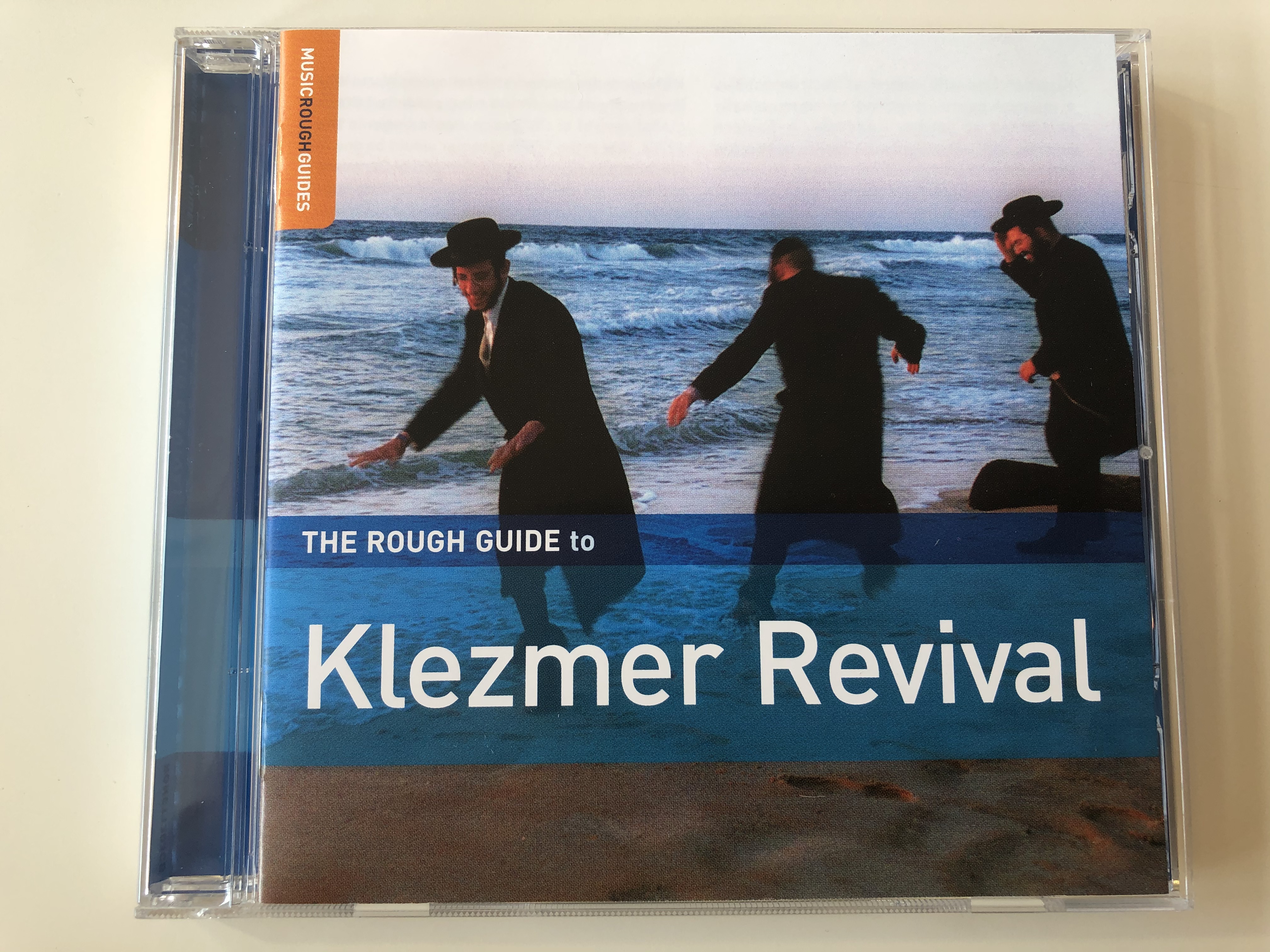 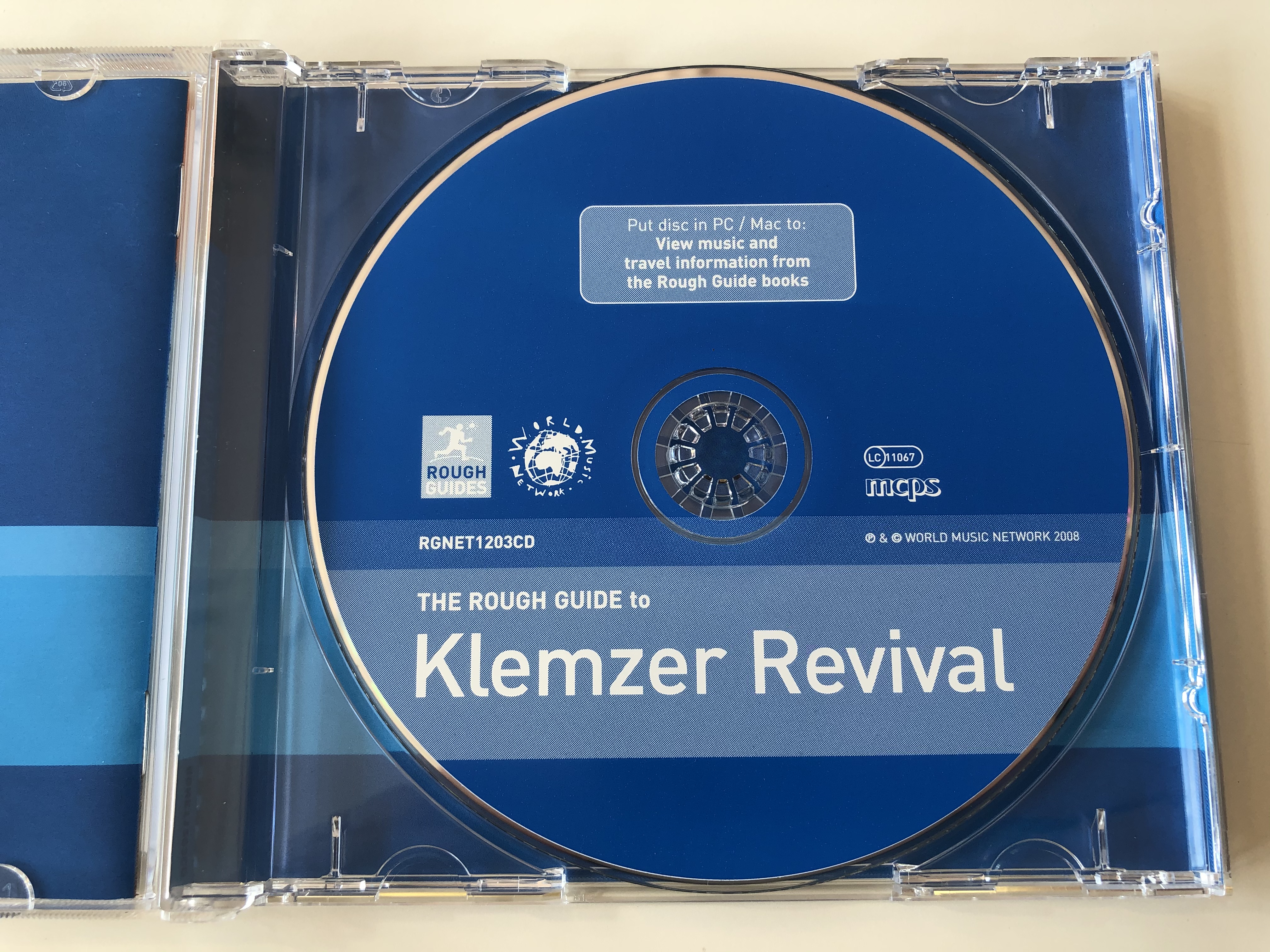 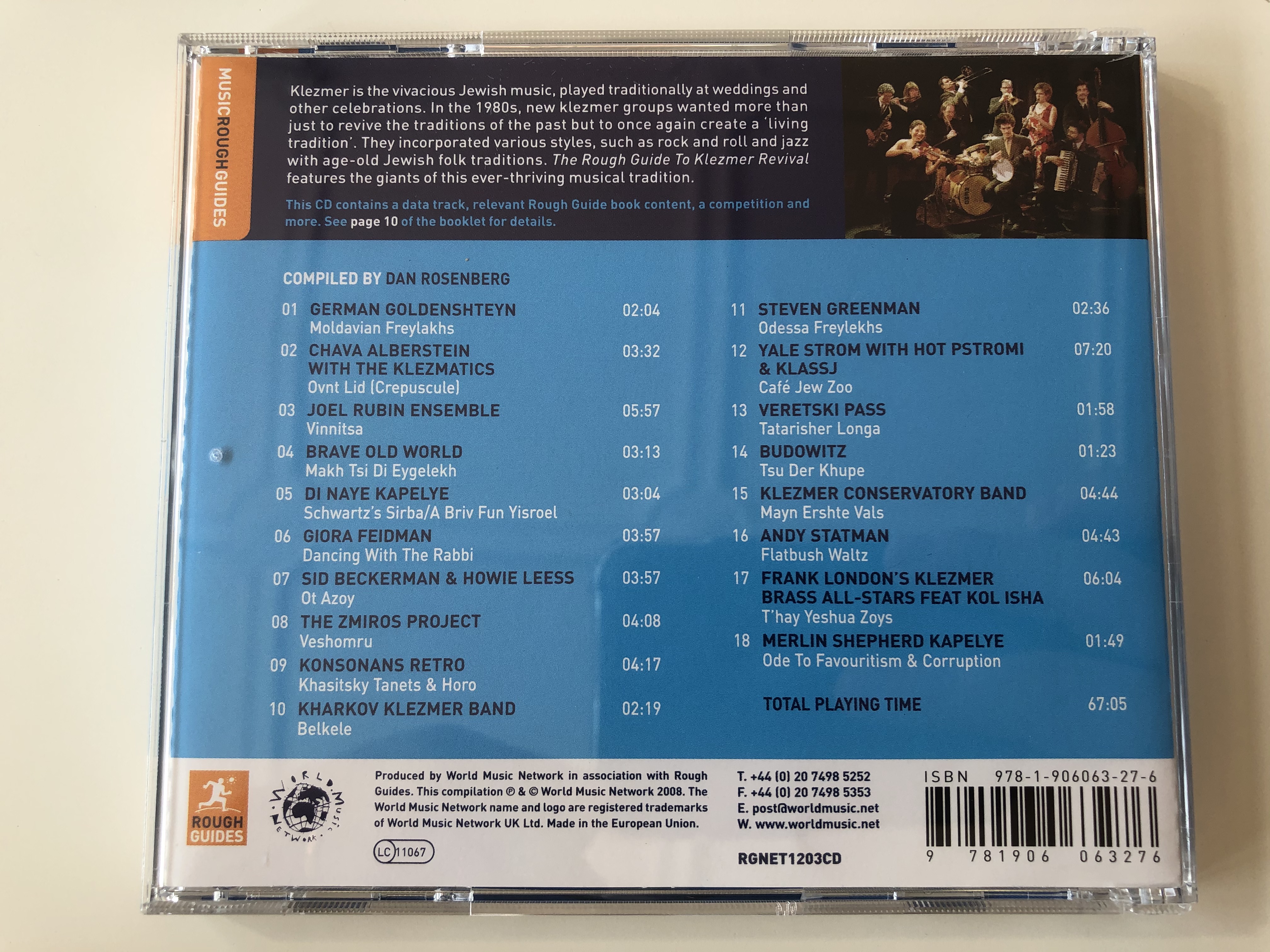