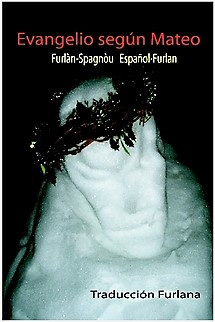 Friulian or Friulan furlan or, affectionately, marilenghe in Friulian, friulano in Italian, Furlanisch in German, furlanščina in Slovene; also Friulian) is a Romance language belonging to the Rhaeto-Romance family, spoken in the Friuli region of northeastern Italy. Friulian has around 600,000 speakers, the vast majority of whom also speak Italian. It is sometimes called Eastern Ladin since it shares the same roots as Ladin, but, over the centuries, it has diverged under the influence of surrounding languages, including German, Italian, Venetian, and Slovene. Documents in Friulian are attested from the 11th century and poetry and literature date as far back as 1300. By the 20th century, there was a revival of interest in the language that has continued to this day. In North America the more common English form is Friulan for both the language and the ethnic identity of the people living in Friuli and abroad. Friulan follows the example of Friulano in Italian.