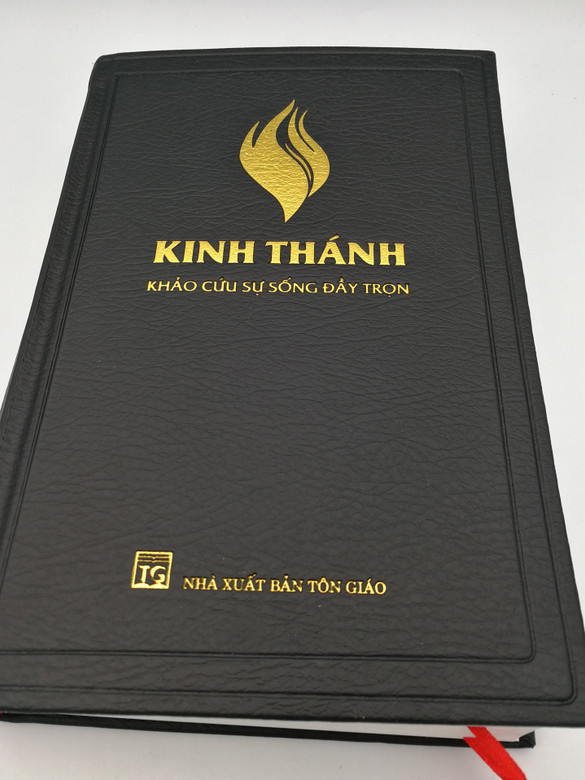 The organized work of British and Foreign Bible Society in Vietnam began in 1890. Their agent Walter J. James completed Mark, John, and Acts, but government leaders restricted distribution The first translation from Greek, and still the standard Protestant Vietnamese version, Kinh Thánh Bản Truyền Thống, was principally done by Grace Hazenberg Cadman and John Drange Olsen (New Testament 1923, Old Testament 1926). Grace and her husband William Cadman, who managed the Bible printing in Hanoi, worked for the Christian and Missionary Alliance (CMA) and co-operated with the British and Foreign Bible Society. Grace "began a fresh translation" in 1917. The whole Bible was published in 1934 and is published by the Bible Society in Vietnam as the "Old Version" and uses an archaic, traditional vocabulary of Vietnamese.

In 1977 Translating Team of the Liturgy of the Hours (Nhóm Phiên dịch Các Giờ kinh Phụng vụ, NPD-CGKPV), a working group established in 1971 to translate the Liturgy of the Hours, started translating the New Testament. It had been completed in 1993 and had the permission to publish one year later; after that, the whole Bible translation with some short references had been completed in 1998. This version, which has been published since 1999, is named KPA and is the most used Catholic Bible in Vietnam nowadays. The group has been continuing to revise it in the version called KPB (Vietnamese Study Translation Edition).

The FireBible, published by Life Publishers International of Springfield, Missouri, is the premier study bible for the Spirit-Led believer. The Vietnamese language Bible contains all the resources that make the FireBible such a powerful study tool.

The FireBible is a one volume reference library, that will sharpen your understanding of the Holy Spirit and His work in the life of all believers. With its extensive notes and powerful commentary, along with dozens of other unique features, it is well poised to help foster the same robust faith, sincere devotion, and power demonstrated in and through the early church.