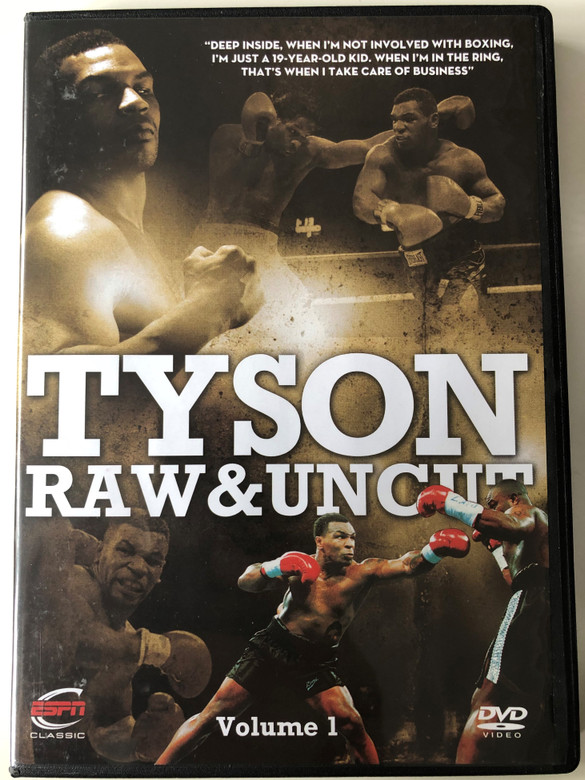 No discussion of great heavyweights would be a complete without the infamous Iron Mike. As a child growing up in Brooklyn, New York, Mike Tyson was often teased for his lisp and his high-pitched voice. After a string of arrests, and seemingly heading for a life of crime, the 14-year-old Tyson was lucky enough to meet Gus D’Amato, the legendary boxing trainer who had coached former world champion Floyd Patterson. Armed.
with D’Amato’s guidance, a team of trainers and a furious desire to win, Tyson’s debut in the fight game revealed to the world a prodigious and intimidating talent.

Featuring Tyson’s first seventeen professional fights, many of which were not screened on TV, this programme exposes the fresh, raw talent of a naturally gifted fighter learning his craft. Post-fight interviews with the teenage Tyson reveal his studious and analytical approach to the sport,
while contributions from the likes of George Foreman bring an expert eye to the development of one of the most precise and powerful heavyweight game.