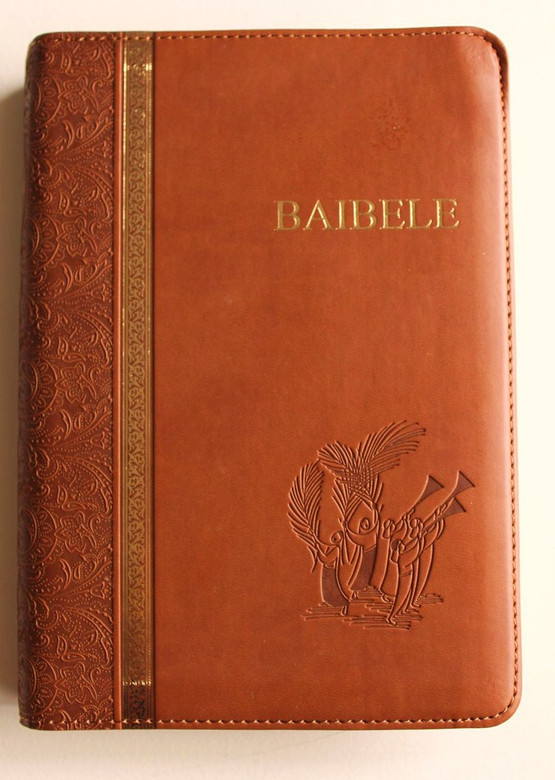 The Bible in Bemba Language / Brown Leather Bound with Golden edges / Baibele wa Mushilo uwabamo Icipingo ca Kale ne Cipingo cipya / OV052 The Bemba language, ChiBemba, also known as Cibemba, Ichibemba, Icibemba and Chiwemba, is a Bantu language that is spoken primarily in Zambia by the Bemba people and about 18 related ethnic groups. It is nowadays the most spoken language in Zambia. The noun class prefix 'chi-' or 'ifi-' indicates languages and the prefix 'Aba-' indicates people, 'imitundu' primarily means Languages, so 'Babemba' also means the Bemba people. The other close tribe is the Bisa people living in Mpika and Lake Bangweulu areas. ChiBemba is also spoken, to a lesser extent, in the Democratic Republic of the Congo, Tanzania, and Botswana. It is an SVO language, and is also a tonal language.