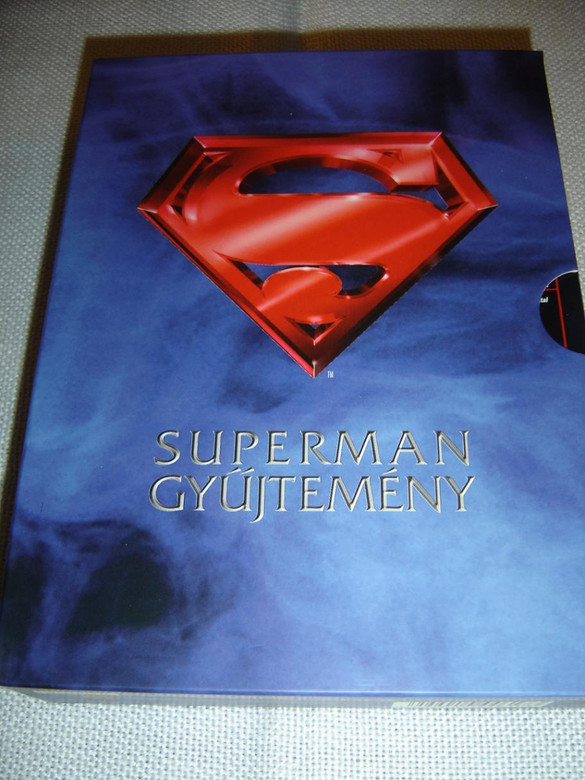 Brand New! As pictured! Ships from USA! Buy from BIBLE IN MY LANGUAGE the world's #1 language selection in BIBLES!!!

Just before the destruction of the planet Krypton, scientist Jor-El sends his infant son Kal-El on a spaceship to Earth. Raised by kindly farmers Jonathan and Martha Kent, young Clark discovers the source of his superhuman powers and moves to Metropolis to fight evil. As Superman, he battles the villainous Lex Luthor, while, as novice reporter Clark Kent, he attempts to woo co-worker Lois Lane

Picking up where "Superman: The Movie" left off, three criminals, General Zod (Terence Stamp), Ursa, (Sarah Douglas), and Non (Jack O'Halloran) from the planet Krypton are released from the Phantom Zone by a nuclear explosion in space. They descend upon Earth where they could finally rule. Superman, meanwhile, is in love with Lois Lane (Margot Kidder), who finds out who he really is. Lex Luthor (Gene Hackman) escapes from prison and is determined to destroy Superman by joining forces with the three criminals.

Wealthy businessman Ross Webster (Robert Vaughn)discovers the hidden talents of Gus Gorman (Richard Pryor), a mischievous computer genius. Ross decides to abuse his talents, in a way to help Webster with his plans for economic control. When the man of steel interferes, something must be done about Supes. When Gus' synthetic Kryptonite fails to kill Superman, it turns him in an evil incarnation of his former self. The tar-laced Kryptonite pits man against himself, setting up the Clark vs. Superman battle.