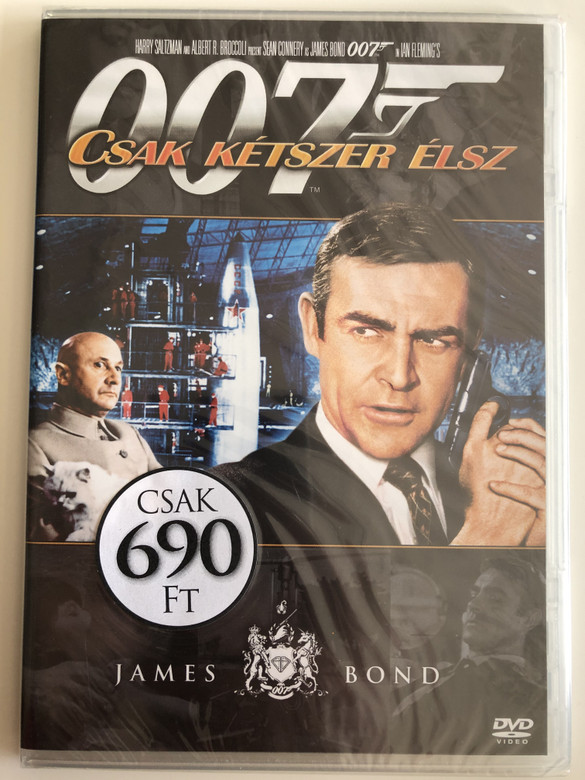 You Only Live Twice is a 1967 spy film and the fifth in the James Bond series produced by Eon Productions, starring Sean Connery as the fictional MI6 agent James Bond. You Only Live Twice is the first Bond film to be directed by Lewis Gilbert, who later directed the 1977 film The Spy Who Loved Me and the 1979 film Moonraker, both starring Roger Moore. The film's screenplay was written by Roald Dahl, and loosely based on Ian Fleming's 1964 novel of the same name. It is the first James Bond film to discard most of Fleming's plot, using only a few characters and locations from the book as the background for an entirely new story.

American NASA spacecraft Jupiter 16 is hijacked from orbit by an unidentified spaceship. The United States suspects it to be the work of the Soviets, but the British suspect Japanese involvement since the spacecraft, after having "swallowed" Jupiter 16, landed in the Sea of Japan. To investigate, MI6 operative James Bond is sent to Tokyo, after faking his own death in Hong Kong and being buried at sea from HMS Tenby.

Upon his arrival, Bond attends a sumo match where he is approached by Japanese secret service agent Aki who takes him to meet local MI6 operative Dikko Henderson. Henderson claims to have critical evidence about the rogue craft, but is killed before he can elaborate. Bond chases and kills the assailant, taking the assailant's clothing as a disguise, and is driven in the getaway car to Osato Chemicals. Once there, Bond subdues the driver and breaks into the office safe of the company's president, Mr. Osato. After obtaining certain documents, Bond is pursued by armed security, but is rescued by Aki, who flees to a secluded subway station. Bond chases her, but falls down a trap door leading to the office of the head of the Japanese secret service, Tiger Tanaka. The stolen documents are examined, and found to include a photograph of the cargo ship Ning-Po, with a microdot message saying the tourist who took the photo was killed as a security precaution. While at Tanaka's spa, Bond meets with Aki again. Having developed feelings for each other, the pair kiss and Bond carries Aki to his bed.