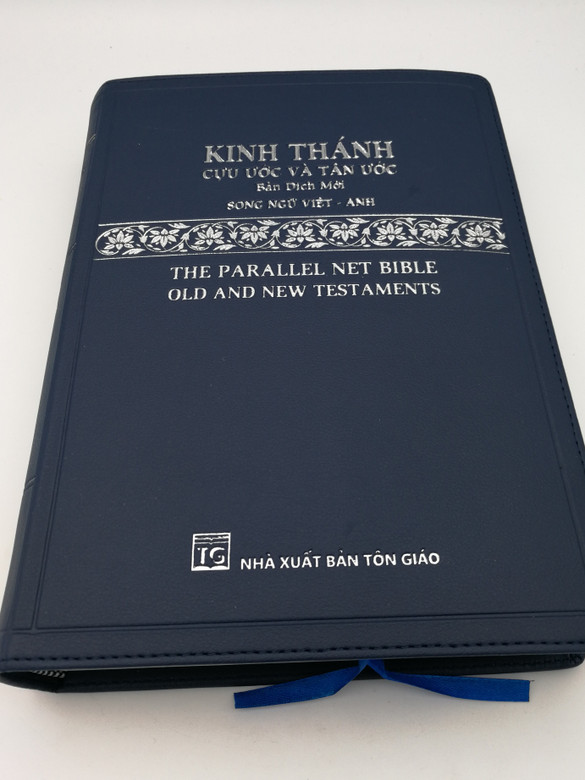 The organized work of British and Foreign Bible Society in Vietnam began in 1890. Their agent Walter J. James completed Mark, John, and Acts, but government leaders restricted distribution The first translation from Greek, and still the standard Protestant Vietnamese version, Kinh Thánh Bản Truyền Thống, was principally done by Grace Hazenberg Cadman and John Drange Olsen (New Testament 1923, Old Testament 1926). Grace and her husband William Cadman, who managed the Bible printing in Hanoi, worked for the Christian and Missionary Alliance (CMA) and co-operated with the British and Foreign Bible Society. Grace "began a fresh translation" in 1917. The whole Bible was published in 1934 and is published by the Bible Society in Vietnam as the "Old Version" and uses an archaic, traditional vocabulary of Vietnamese.

In 1977 Translating Team of the Liturgy of the Hours (Nhóm Phiên dịch Các Giờ kinh Phụng vụ, NPD-CGKPV), a working group established in 1971 to translate the Liturgy of the Hours, started translating the New Testament. It had been completed in 1993 and had the permission to publish one year later; after that, the whole Bible translation with some short references had been completed in 1998. This version, which has been published since 1999, is named KPA and is the most used Catholic Bible in Vietnam nowadays. The group has been continuing to revise it in the version called KPB (Vietnamese Study Translation Edition).

The translation and extensive notes were undertaken by more than twenty biblical scholars who worked directly from the best currently available Hebrew, Aramaic, and Greek texts. The NET Bible was initially conceived at an annual meeting of the Society of Biblical Literature in November 1995 in Philadelphia, Pennsylvania. The translation project originally started as an attempt to provide a digital version of a modern English translation over the Internet and on CD-ROM without cost for the user: "The NET Bible project was commissioned to create a faithful Bible translation that could be placed on the Internet, downloaded for free, and used around the world for ministry." Many of those involved in the project's initial discussions eventually became part of the translation team. The translation itself claims to be non-sectarian, "inter-denominational" and evangelical.