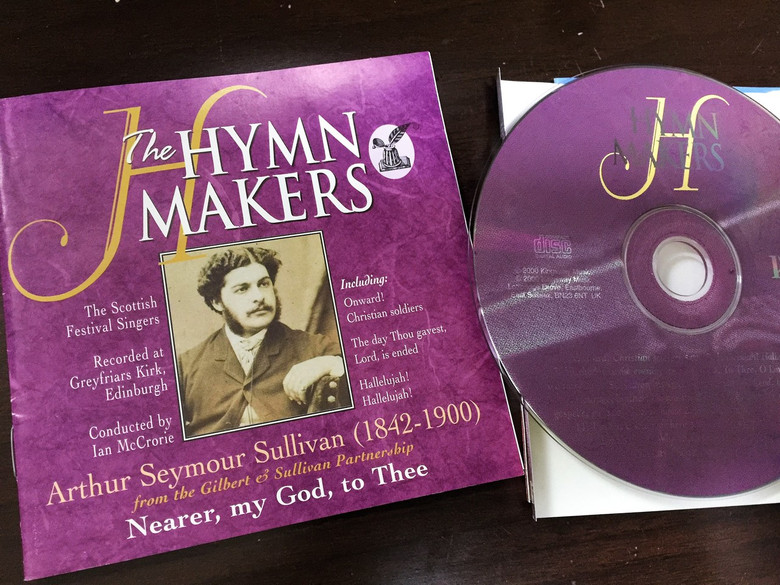 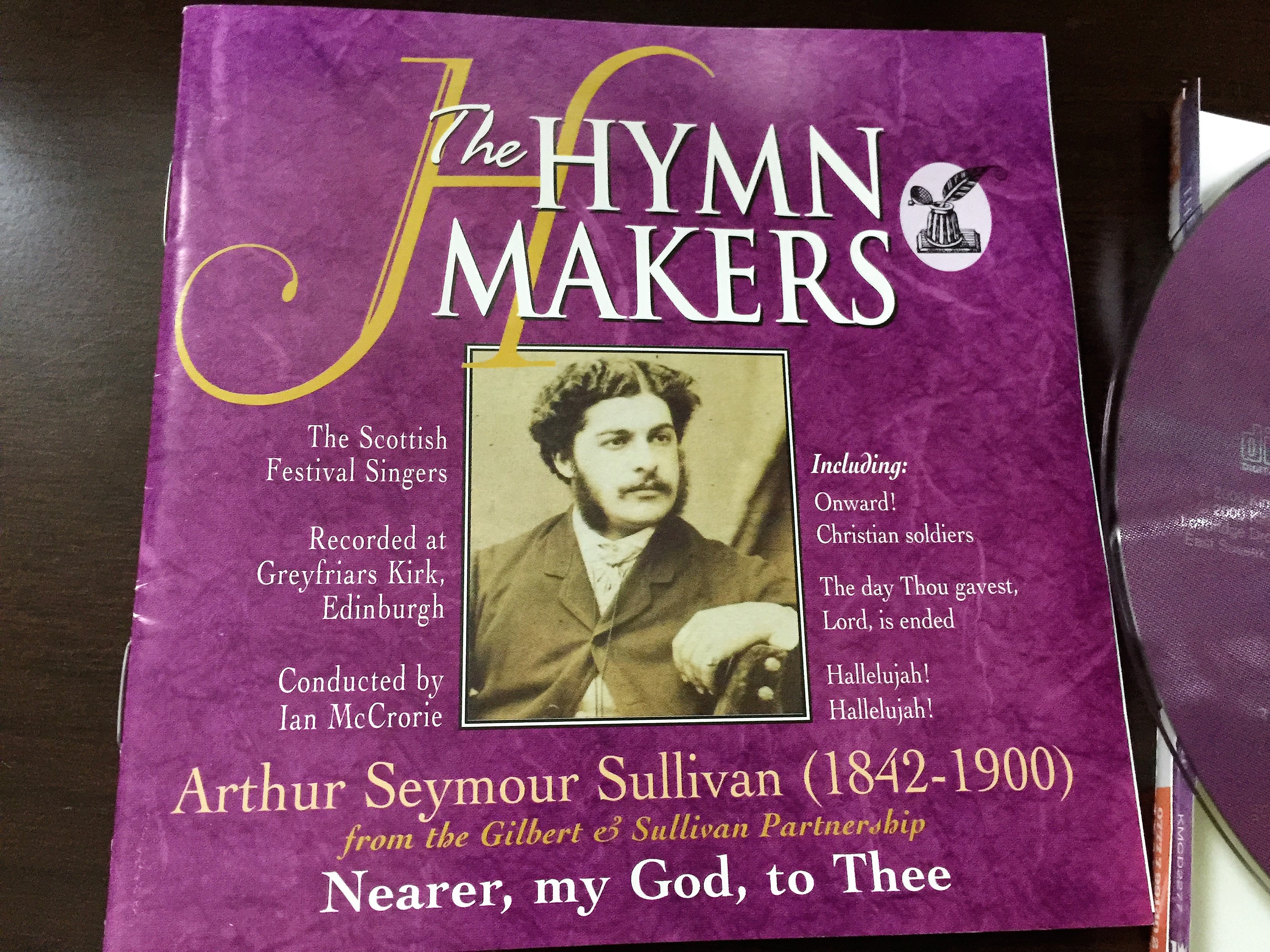 Nearer, my God, to Thee

This CD presents fourteen of Sullivan's 60+ hymns. (See the complete list of Sullivan's hymns.) The publisher, Kingsway, specializes in religious recordings, this selection being part of a series called "The Hymnmakers." The choral singing is first-rate, offering a wonderful introduction to this neglected facet of Sullivan's oeuvre. The vast majority of Sullivan's hymns were written before 1875, when his partnership with Gilbert took him in other directions and he no longer needed to write this type of music for money.

The accompanying notes (not credited, although I believe the Rev'd Ian Bradley wrote them) offer a wealth of detail. The words of all the tunes are supplied, along with a short essay about each hymn and a longer essay about the hymns generally. It is especially gratifying to find a note-writer who accepts the variability in Sullivan's output:

It is impossible to listen to or sing Sullivan's greatest hymn tunes without feeling that they are the work of a man with deep spiritual feelings, if not of conventional religiosity. It is certainly true that Sullivan's hymn tunes are exceedingly variable in quality — when they are bad, they are very, very bad. But when they are good, and what I regard as the best of them are collected on this album, they have an extraordinary ability to enhance the spiritual power and message of the texts.

The final hymn in this compilation, "The day Thou gavest, Lord, is ended," is usually attributed to the Anglican clergyman Clement Scholefield. The tune ("St. Clement") became one of the most popular of the Victorian era. However, it appeared in Church Hymns and Tunes, which Sullivan edited, and in the preface to that volume Sullivan admits that the various hymn composers had adopted many of his suggestions on melody and harmony. Those responsible for this CD feel that "St. Clement" is so suggestive of Sullivan, and the tune so far above anything else that Scholefield wrote, that it can and should fairly be attributed to Sullivan 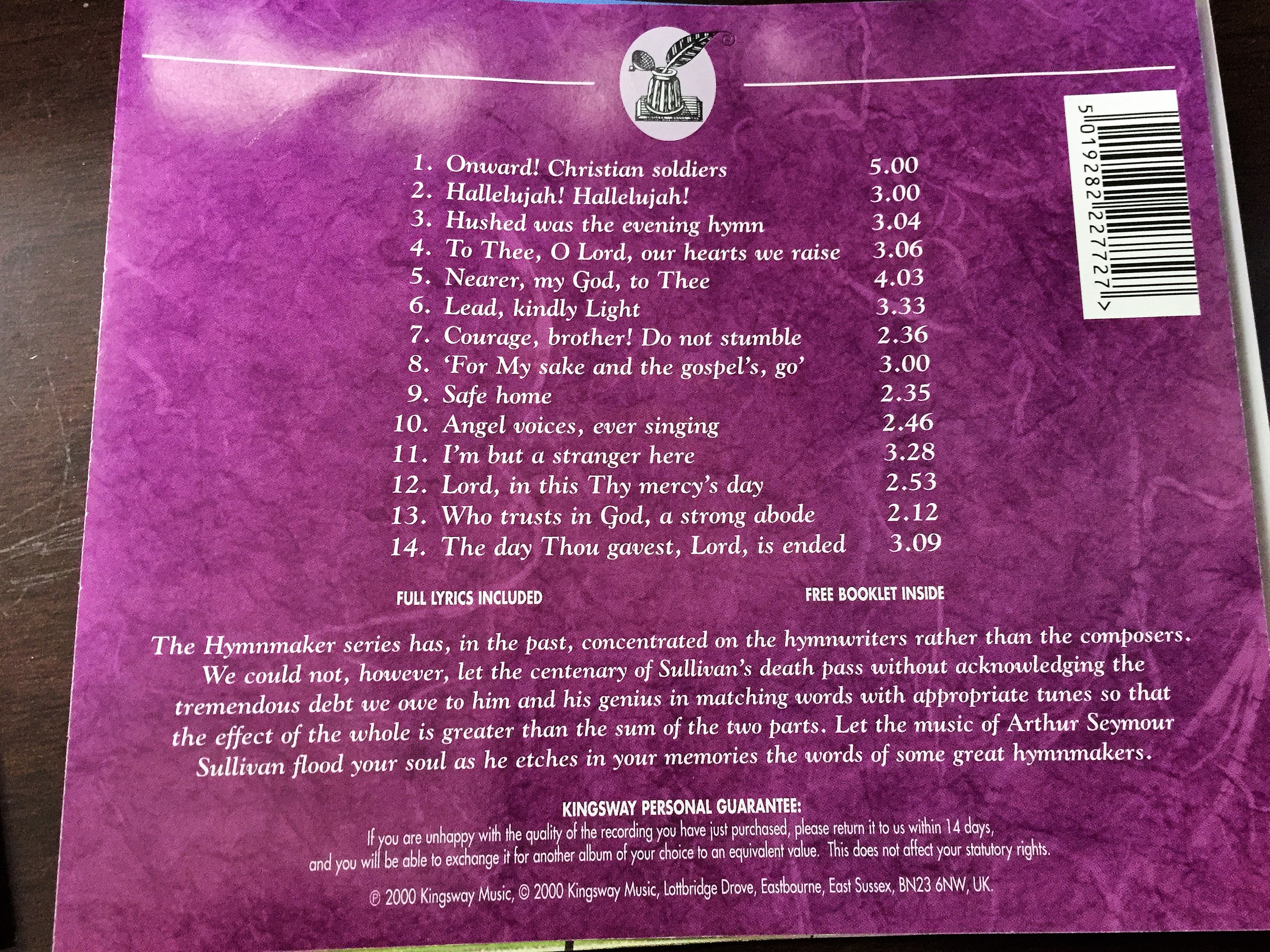