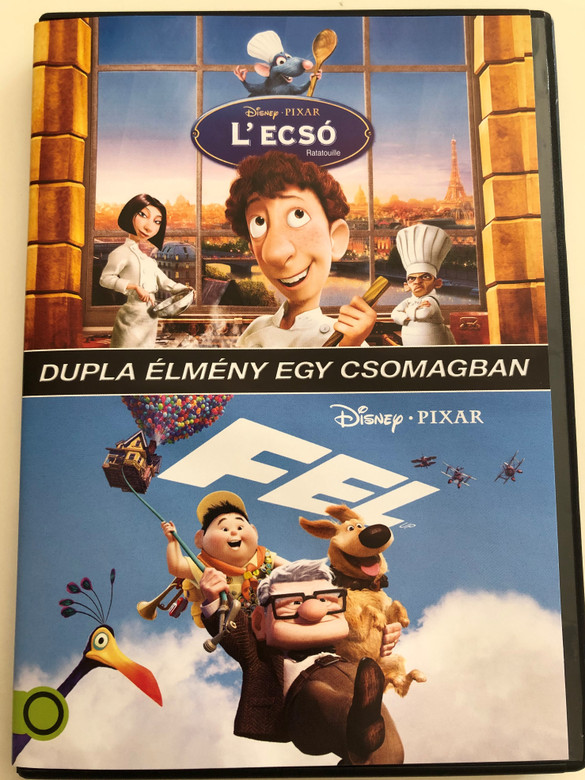 Ratatouille (/ˌrætəˈtuːi/ RAT-ə-TOO-ee, French: [ʁatatuj]) is a 2007 American computer-animated comedy film produced by Pixar and released by Walt Disney Pictures. It is the eighth film produced by Pixar and was co-written and directed by Brad Bird, who took over from Jan Pinkava in 2005. The title refers to a French dish, ratatouille, which is served at the end of the film and is also a play on words about the species of the main character. The plot follows a rat named Remy, who dreams of becoming a chef and tries to achieve his goal by forming an alliance with a Parisian restaurant's garbage boy.

Remy is an idealistic and ambitious young rat with highly developed senses of taste and smell who dreams of becoming a chef like his idol, the famous Auguste Gusteau, who passed away two years before 1961; his brother Emile and the other rats only seek out food for sustenance. One day when his family is forced to flee their home, Remy becomes separated from the pack and eventually finds himself at a skylight overlooking the kitchen of Gusteau's Restaurant in Paris.

Up is a 2009 American 3D computer-animated comedy-drama buddy[3] adventure film[4] produced by Pixar Animation Studios and released by Walt Disney Pictures. The film centers on an elderly widower named Carl Fredricksen (Ed Asner) and an earnest boy named Russell (Jordan Nagai). By tying thousands of balloons to his house, Carl sets out to fulfill his dream to see the wilds of South America and complete a promise made to his late wife, Ellie. The film was directed by Pete Docter and co-directed by Bob Peterson, who also wrote the film's screenplay, as well as the story with Tom McCarthy, with music composed by Michael Giacchino.

In the 1930s, shy eight-year-old Carl Fredricksen idolizes famous explorer Charles F. Muntz. When Muntz is accused of fabricating the skeleton of a giant exotic bird he says he discovered at Paradise Falls, he vows not to return until he captures one alive. One day, Carl befriends a girl named Ellie, also a Muntz fan. She confides to Carl her desire to move her "clubhouse"—an abandoned house in the neighborhood—to a cliff overlooking Paradise Falls.