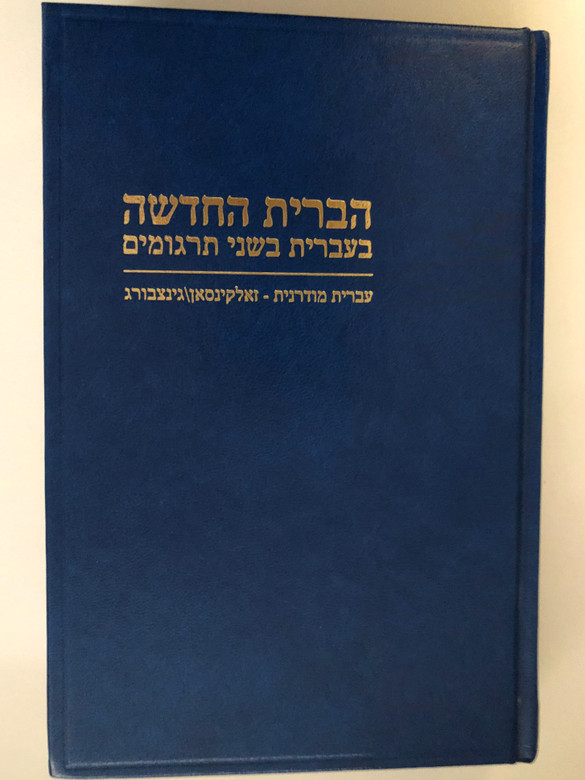 The story behind the Modern Hebrew New Testament

The resurrection in the world’s only resurrected language

There is hope for a tree that has been cut down;
it can come back to life and sprout.
Even though its roots grow old,
and its stump dies in the ground,
with water it will sprout like a young plant.
(Job 14:7-9)

According to the information gathered by French scholar Jean Carmignac, there were translations to Hebrew of the New Testament made by individual scholars as far back as the fourteenth century. However, none of these was ever used by anyone as an everyday Bible.

Today any modern Hebrew speaker usually has three different translations to choose from. All three are relatively new translations – made later than 1850. But only the Bible Society’s translation was written in Modern Hebrew. The work was done right here in the land of Israel.

In 1970 the Bible Society in Israel, then based in Haifa, began a project of translating the New Testament to Modern Hebrew; it took five years. The initiative was that of the Executive Secretary, Magne Solheim. Solheim visited retired Prime Minister David Ben Gurion in Sde Boker, and Ben Gurion expressed his excitement with the project.