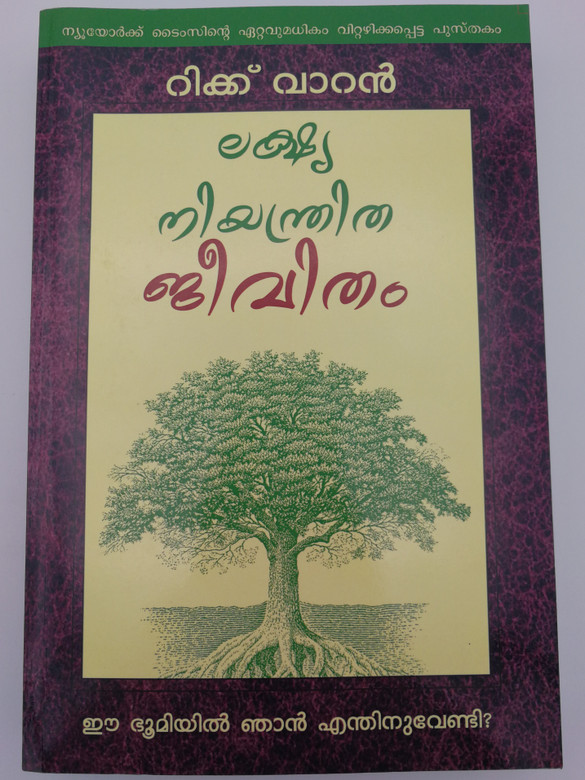 Malayalam (/ˌmæləˈjɑːləm/; Malayalam: മലയാളം, Malayāḷam, [mʌlʌjaːɭʌm]) is an Dravidian Indian language spoken in the Indian state of Kerala and the union territories of Lakshadweep and Puducherry (Mahé district) by the Malayali people. It is one of 22 scheduled languages of India spoken by nearly 2.88% of Indians. Malayalam has official language status in the state of Kerala and in the union territories of Lakshadweep and Puducherry (Mahé)[9][10][11] and is spoken by 45 million people worldwide. Malayalam is also spoken by linguistic minorities in the neighbouring states; with significant number of speakers in the Nilgiris, Kanyakumari, and Coimbatore, Tenkasi, Theni districts of Tamil Nadu and Kodagu and Dakshina Kannada districts of Karnataka. Due to Malayali expatriates in the Persian Gulf, the language is also widely spoken in Gulf countries.

Richard Duane Warren (born January 28, 1954) is an American evangelical Christian pastor and author. He is the founder and senior pastor of Saddleback Church, an evangelical megachurch affiliated with the Southern Baptist Convention, in Lake Forest, California that is the sixth-largest megachurch in the United States (including multi-site churches).[4] He is also a bestselling author of many Christian books, including his guide to church ministry and evangelism, The Purpose Driven Church, which has spawned a series of conferences on Christian ministry and evangelism. His subsequent book The Purpose Driven Life has sold more than 30 million copies, making Warren a New York Times bestselling author.

Warren says he was called to full-time ministry when he was a 19-year-old student at California Baptist University. In November 1973, he and a friend skipped classes and drove 350 miles to hear W.A. Criswell preach at the Jack Tar Hotel in San Francisco.[11] Warren waited afterwards to shake hands with Criswell, who focused on Warren, stating, "I feel led to lay hands on you and pray for you!”

During his time at Southwestern Baptist Theological Seminary, Warren worked at the Texas Ranch for Christ, a ministry facility of Billie Hanks, Jr., where he began writing books. He co-wrote two books, The Victory Scripture Memory Series and Twelve Dynamic Bible Study Methods for Laity with Billie Hanks, Jr., and Wayne Watts