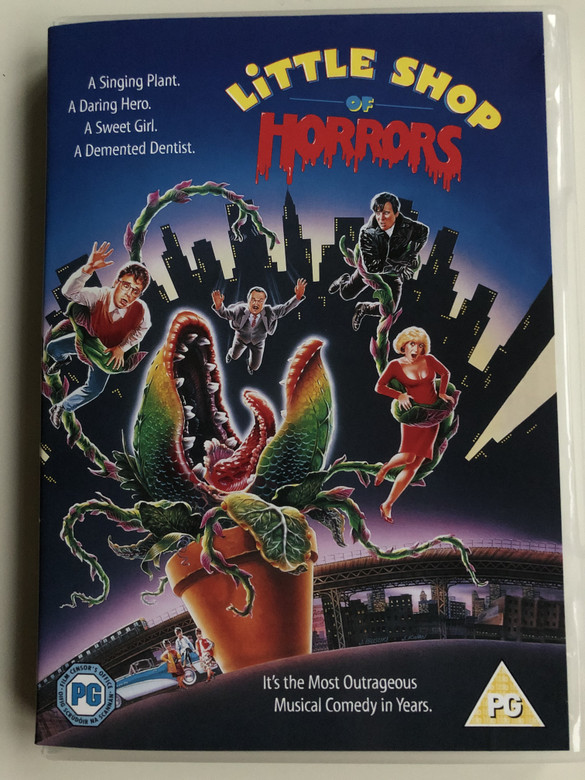 Little Shop of Horrors is a 1986 American sci-fi comedy musical film directed by Frank Oz. It is a film adaptation of the off-Broadway musical comedy of the same name by composer Alan Menken and writer Howard Ashman, which in turn was based on the 1960 film The Little Shop of Horrors, directed by Roger Corman, about a geeky florist shop worker who finds out his Venus flytrap can speak. The film stars Rick Moranis, Ellen Greene, Vincent Gardenia, Steve Martin, and Levi Stubbs as the voice of Audrey II. The film also featured special appearances by Jim Belushi, John Candy, Christopher Guest and Bill Murray. It was produced by David Geffen through The Geffen Company and released by Warner Bros. on December 19, 1986.

In the early 1960s, a three-girl "Greek chorus"—Crystal, Ronnette, and Chiffon—introduce the film, warning the audience that some horror is coming their way ("Prologue: Little Shop of Horrors"). Seymour Krelborn (Rick Moranis) and his colleague, Audrey (Ellen Greene), work at Mushnik's Flower Shop in a run-down, rough neighborhood in New York City referred to as "Skid Row". They lament that they cannot escape the neighborhood ("Skid Row (Downtown)"). Struggling from a lack of customers, Mr. Mushnik (Vincent Gardenia) decides to close the store, but Audrey suggests he may have more success by displaying an unusual plant that Seymour owns. Immediately attracting a customer, Seymour explains he bought the plant—which he dubbed "Audrey II", from a Chinese flower shop during a solar eclipse ("Da-Doo"). Attracting business to Mushnik's shop, the plant soon starts to wither. Seymour accidentally pricks his finger, and discovers that Audrey II needs human blood to thrive ("Grow for Me"). 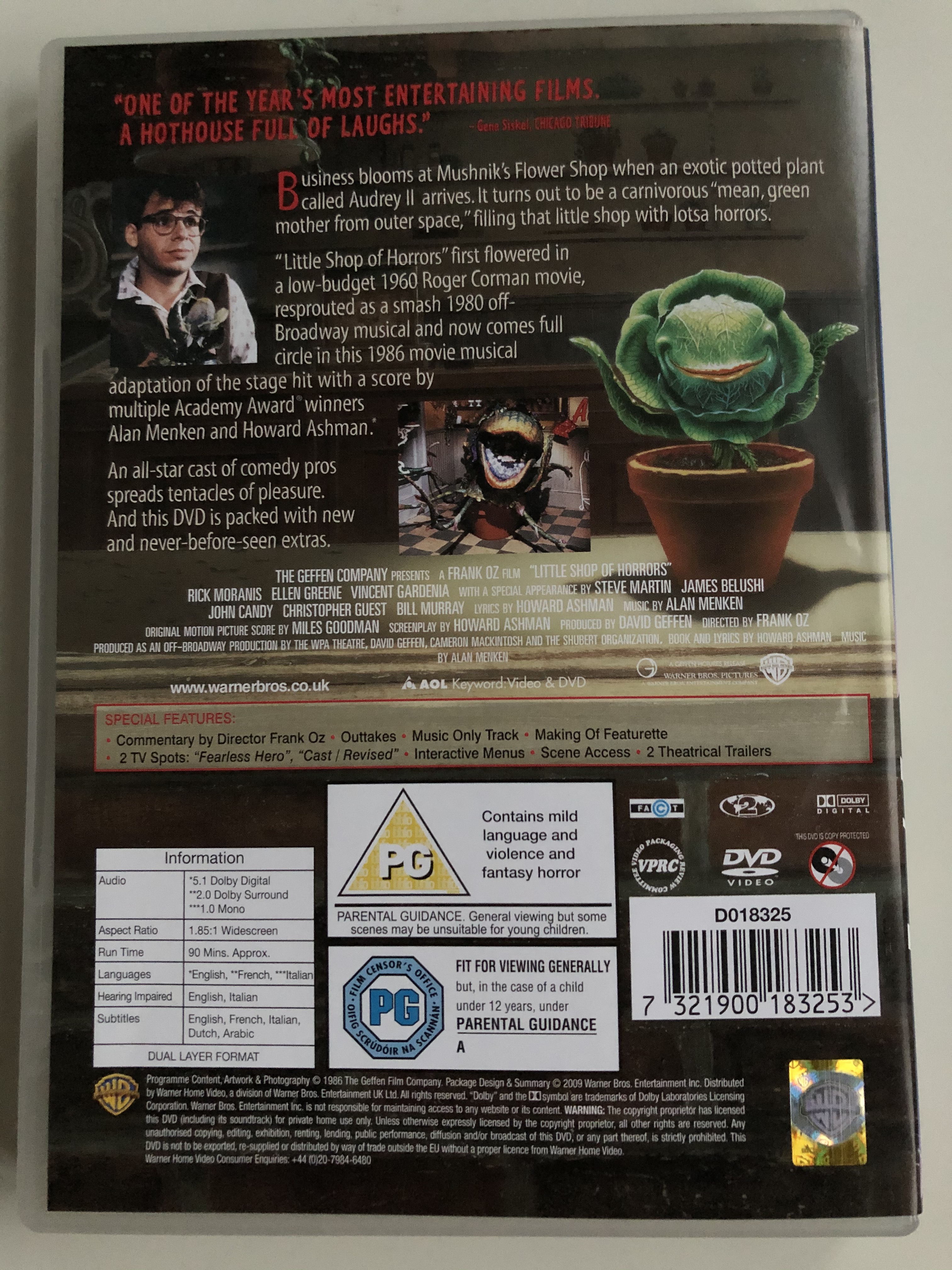