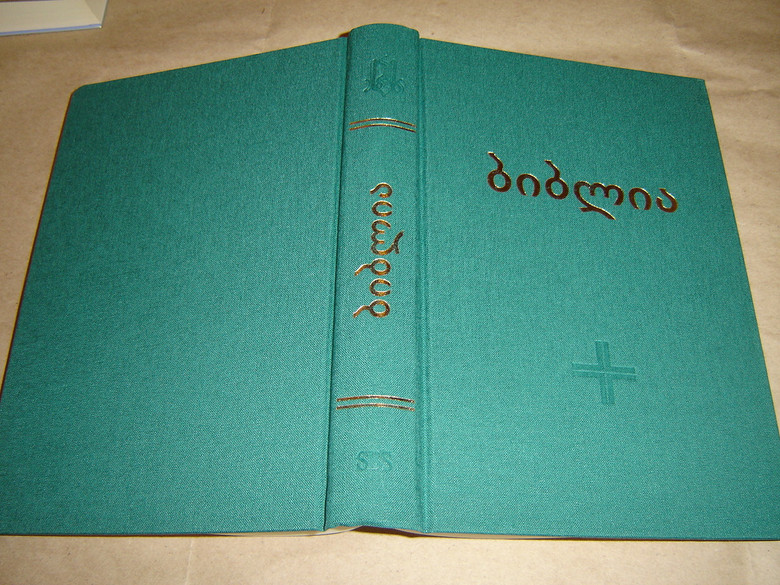 Georgian (ქართული ენა tr. kartuli ena) is a Kartvelian language spoken by Georgians. It is the official language of Georgia.

Georgian is written in its own writing system, the Georgian script.

Georgian is the literary language for all regional subgroups of Georgians, including those who speak other Kartvelian languages: Svans, Mingrelians and the Laz.

Georgian has been written in a variety of scripts over its history. Currently the Mkhedruli or "Military" script is almost completely dominant; the others are used mostly in religious documents and architecture.

Mkhedruli has 33 letters in common use; a half dozen more are obsolete in Georgian, though still used in other alphabets, like Mingrelian, Laz, and Svan. The letters of Mkhedruli correspond closely to the phonemes of the Georgian language.

According to the traditional account written down by Leonti Mroveli in the 11th century, the first Georgian script was created by the first ruler of the Kingdom of Iberia, Pharnavaz, in the 3rd century BC. However, the first examples of a Georgian script date from the 5th century AD. There are now three Georgian scripts, called asomtavruli "capitals", Nuskhuri "small letters", and mkhedruli. The first two are used together as upper and lower case in the writings of the Georgian Orthodox Church and together are called Khutsuri "priests' [alphabet]".

In Mkhedruli, there is no case. Sometimes, however, a capital-like effect, called Mtavruli, "title" or "heading", is achieved by modifying the letters so that their vertical sizes are identical and they rest on the baseline with no descenders. These capital-like letters are often used in page headings, chapter titles, monumental inscriptions, and the like.