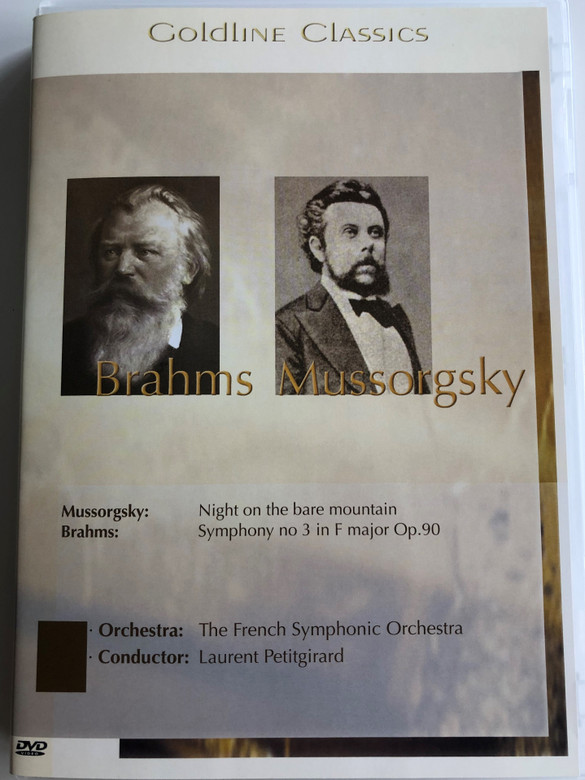 Night on Bald Mountain (Russian: Ночь на лысой горе, romanized: Noch′ na lysoy gore), also known as Night on the Bare Mountain, is a series of compositions by Modest Mussorgsky (1839–1881). Inspired by Russian literary works and legend, Mussorgsky composed a "musical picture", St. John's Eve on Bald Mountain (Russian: Иванова ночь на лысой горе, romanized: Ivanova noch′ na lysoy gore) on the theme of a witches' sabbath occurring on St. John's Eve, which he completed on that very night, 23 June 1867. Together with Nikolay Rimsky-Korsakov's Sadko (1867), it is one of the first tone poems by a Russian composer.

Although Mussorgsky was proud of his youthful effort, his mentor, Miliy Balakirev, refused to perform it. To salvage what he considered worthy material, Mussorgsky attempted to insert his Bald Mountain music, recast for vocal soloists, chorus, and orchestra, into two subsequent projects—the collaborative opera-ballet Mlada (1872), and the opera The Fair at Sorochyntsi (1880). However, Night on Bald Mountain was never performed in any form during Mussorgsky's lifetime

The Symphony No. 3 in F major, Op. 90, is a symphony by Johannes Brahms. The work was written in the summer of 1883 at Wiesbaden, nearly six years after he completed his Symphony No. 2. In the interim Brahms had written some of his greatest works, including the Violin Concerto, two overtures (Tragic Overture and Academic Festival Overture), and Piano Concerto No. 2.

The premiere performance was given on 2 December 1883 by the Vienna Philharmonic Orchestra, under the direction of Hans Richter. It is the shortest of Brahms' four symphonies; a typical performance lasts between 30 and 40 minutes. 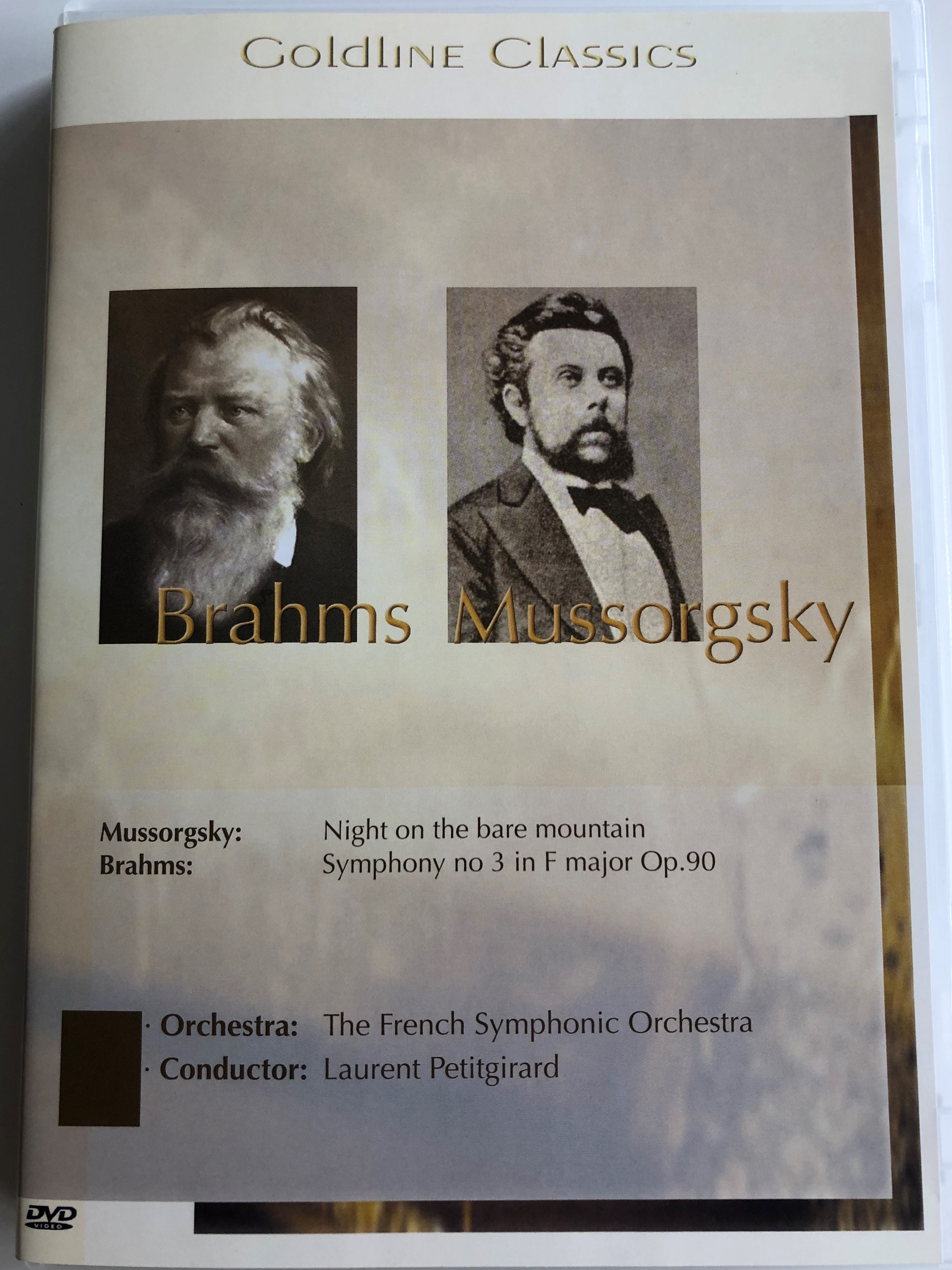 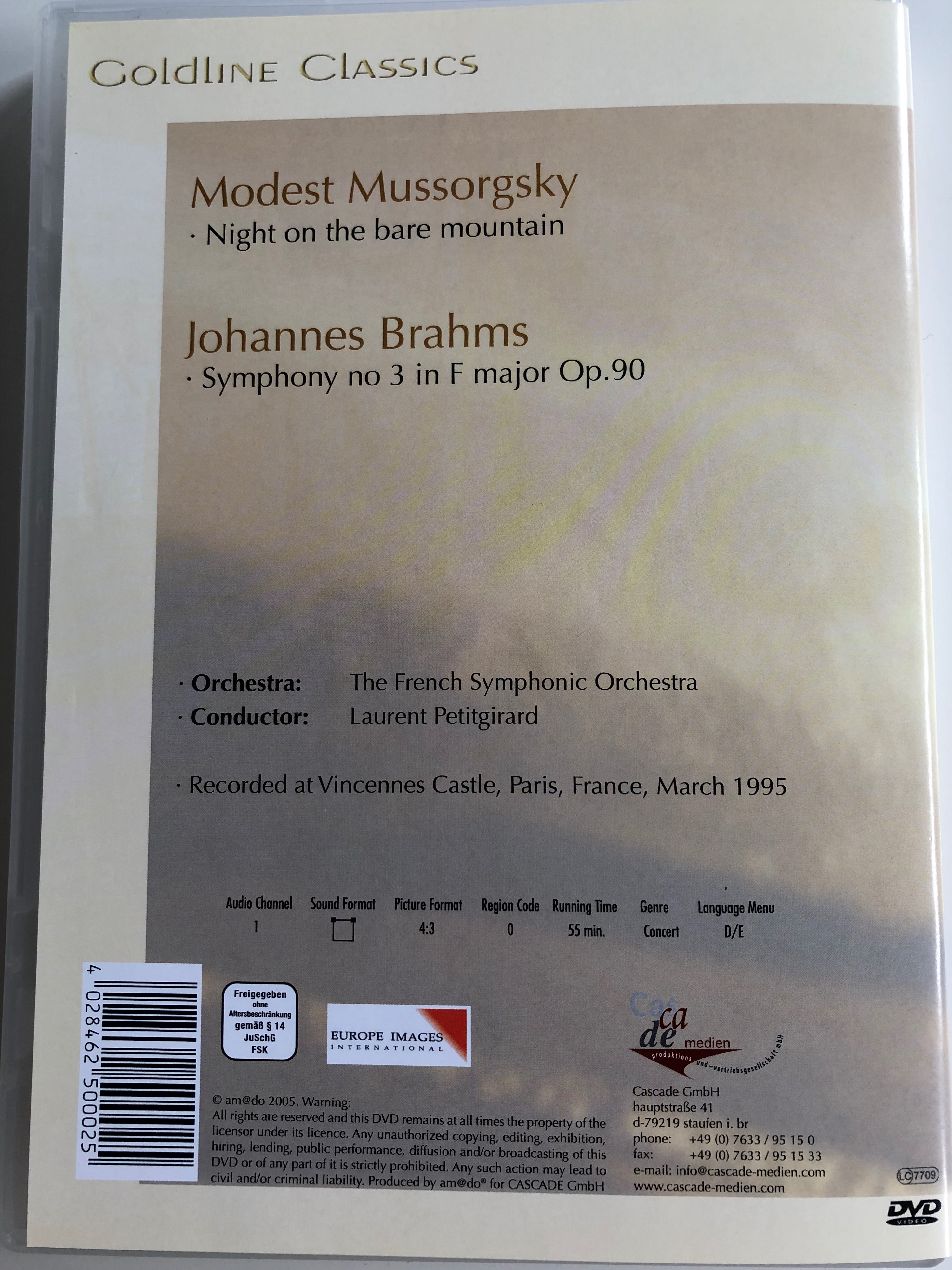