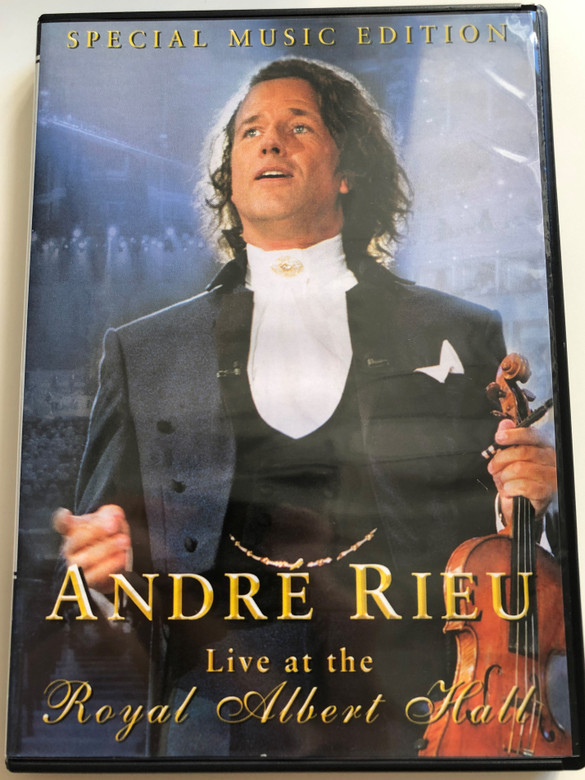 Andre Rieu - A Dream Come True His Story By Andre Himself Main Program is "The Portrait" and Includes some Live in Berlin Footage.

André Léon Marie Nicolas Rieu (born 1 October 1949) is a Dutch violinist and conductor best known for creating the waltz-playing Johann Strauss Orchestra. He and his orchestra have turned classical and waltz music into a worldwide concert touring act, as successful as some of the biggest global pop and rock music acts. He resides in his native Maastricht.

With a record number of 13 events, André Rieu thrilled more than 150,000 fans from 80 countries on the Vrijthof square! 28 cameras captured the most memorable and emotional moments on the stage and among concertgoers over three days. Recorded live in July 2018, the DVD features thirty fantastic tracks: romantic waltzes, popular arias such as 'Nessun Dorma' from Giacomo Puccini, world-famous melodies including 'Granada', 'You’ll Never Walk Alone', the 'Snow Waltz', and the 'Radetzky March'; global hits like 'Can’t Help Falling In Love', and goosebumps-inducing interpretations of 'You Raise Me Up' and 'Lara’s Theme' from famous film 'Doctor Zhivago'.

André Rieu is unparalleled in his ability to interact with his audience from the stage and succeeds in getting everyone up on their feet with his fantastic blend of waltzes, music from movies, musicals, and the opera, and hit songs. By the time the world-famous 'The Blue Danube' waltz from Johann Strauss is played, at the close, the aisles are thronged with thousands of dancing audience members.