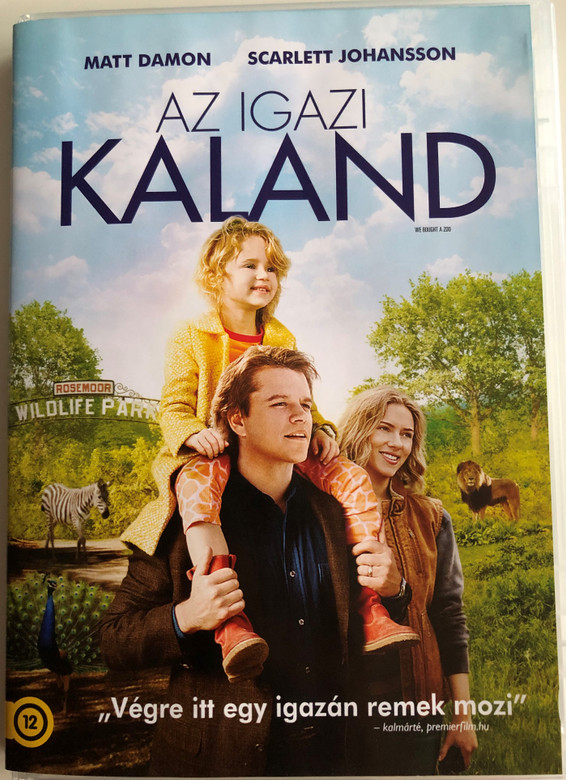 We Bought a Zoo is a 2011 American family comedy-drama film loosely based on the 2008 memoir of the same name by Benjamin Mee. It was written and directed by Cameron Crowe and stars Matt Damon as widowed father Benjamin Mee, who purchases a dilapidated zoo with his family and takes on the challenge of preparing the zoo for its reopening to the public.

Benjamin Mee is still grieving the loss of his wife Katherine and dealing with the expulsion of his 14-year-old son, Dylan, from school, and decides to make a fresh start by buying a new house. He tours many houses with his 7-year-old daughter, Rosie, and his realtor, Mr. Stevens, but finds none he likes until his daughter finds a listing with what seems like the perfect house. They drive to an old large house and Benjamin inspects the property, telling his realtor it is perfect. When they hear a lion roar, Stevens explains that the house comes with a zoo in the back, which closed several years before; if they want the house, they must buy the zoo.