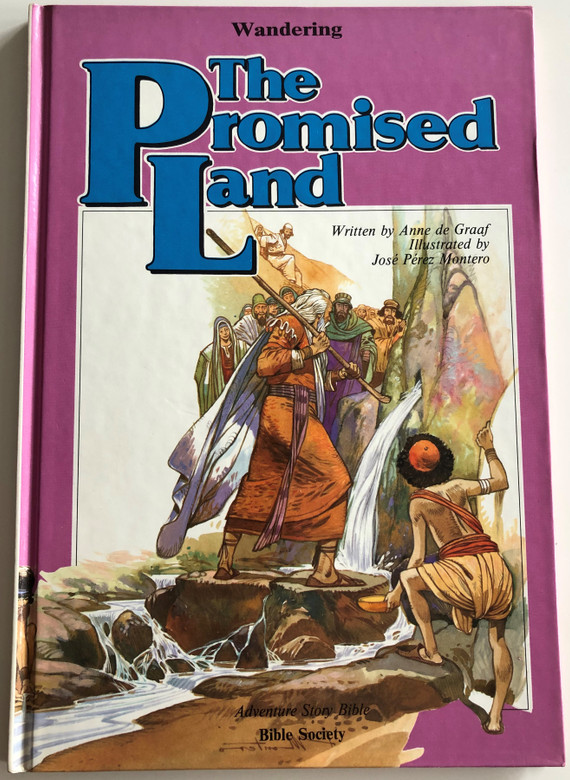 The Bible is full of adventures - of kings and heroes, of escapes and battles, of journeys, new places and people - of amazing happenings in our world. Above all it is the adventure of people living with God - of failing and starting again, of new beginnings. Adventure Bible Story covers the whole Bible in 30 action-packed books, not only telling the story but including background to many different events in the Bible. The text has been written specially for children, and the panoramic full-colour illustrations on every page bring the adventures to life. Each book is split into short sections, making it ideal for reading in school, at home and at church, and Bible references are included for those who want to look up the original account.

Anne de Graaf (born 1959) is an American-born Dutch academic, diversity advocate and is an award-winning author of over 80 books, with 5 million sold worldwide. She has won the International Historical Fiction Christy Award in 2000 for Out of the Red Shadow, the final book of her Hidden Harvest series, and the East European Christian Children's Book Award in 2007 for Dance Upon the Sea Anne de Graaf currently teaches Human Rights and Human Security; and Peace Lab at Amsterdam University College and serves as the Chief Diversity Officer at the University of Amsterdam.

Anne de Graaf was born in San Francisco, graduated from Stanford University, and received her PhD in International Relations from the University of St. Andrews. Her doctoral thesis, Speaking Peace Into Being: Voice, Youth And Agency In a Deeply Divided Society, focused on the impact of the youth in post-conflict nations. Anne has lived in Ireland and the Netherlands with her husband and their two children. Besides her work as an author, lecturer and Chief Diversity Officer, de Graaf has also worked as a journalist for the Dutch National Press Club, and as an economics translator for the Dutch government. She is a member of the British Society of Authors in London and the Rotary Club Westland-Polanen in The Netherlands.

José Pérez Montero (b.1941) is a Spanish artist. Painter, internationally known in particular for his illustrations of children's books.