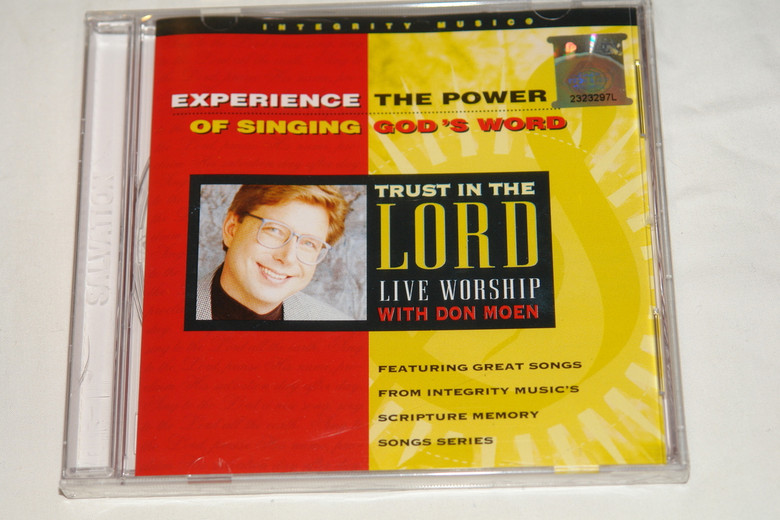 Trust in the Lord – Live Worship with Don Moen

Trust in the Lord – Live Worship with Don Moen is an album of Christian worship music by Don Moen. The Contemporary Christian album was recorded live at the Atlanta Civic Center in Atlanta, Georgia and released by Integrity and Hosanna! Music in 1994. The concept was partially based on a series of Scripture Memory albums released by Integrity/Hosanna during the early-mid '90s, and this album, though recorded live, fits into the pattern of the previous albums in that series. It is currently out of print. A video of the concert was also released in the same year. This album also features Rita Baloche, wife of Paul Baloche, singing "Let The Words" and "By His Wounds". The Atlanta Civic Center was the same place where Ron Kenoly recorded God Is Able.