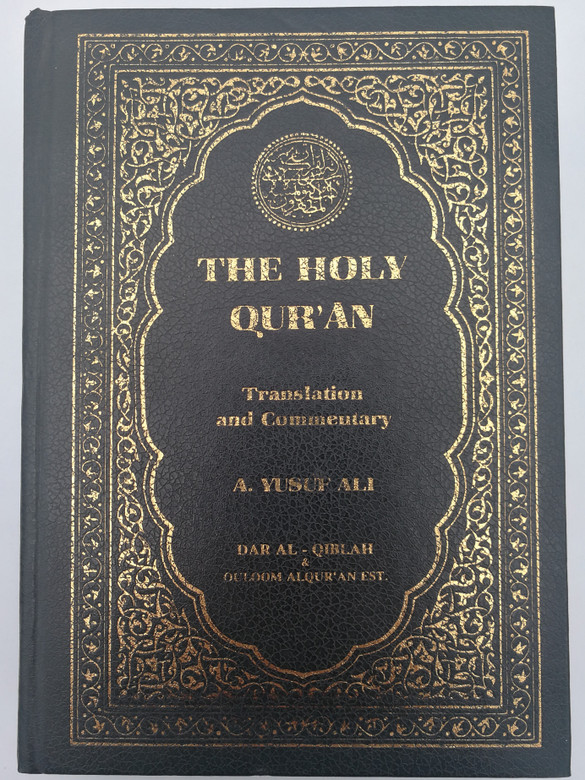 Rendition of the World’s most popular Abdullah Yusuf Ali Quran Translation in English published alongside the original Arabic text, completed in Lahore on the fourth of April 1937.

Containing the full Arabic text of the Qur'an, an accompanying English translation, and extensive commentary

The Holy Qur'an: Text, Translation and Commentary is an English translation of the Qur'an by the anglophile British Indian Ismaili Bohri Shi'ite Muslim civil servant Abdullah Yusuf Ali (1872–1953) during the British Raj. It has become among the most widely known English translations of the Qur'an, due in part to its prodigious use of footnotes, and its distribution and subsidization by Saudi Arabian beneficiaries during the late 20th century.