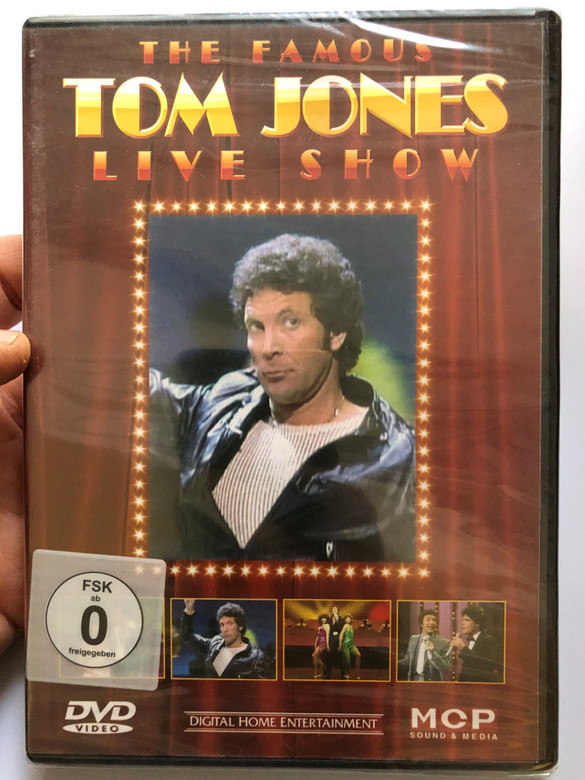 Tom Jones was a syndicated television variety show, hosted by Tom Jones, that aired during the 1980-1981 television season. Twenty four episodes of the show were produced. The show was produced in Vancouver, British Columbia, Canada. The format of the show was for Tom Jones to perform his old hits and solo covers, in addition to new songs with special duet partners. Solo covers included Jones's version of "Unchained Melody" and the Eagles' "Take It to the Limit". Duet highlights from the show included Jones's duet with Tina Turner of Rod Stewart's "Hot Legs", in addition to his duet with Gladys Knight of "Guilty", written by the Bee Gees and originally made popular by Barry Gibb and Barbra Streisand. Other singers featured included Dionne Warwick, Chaka Khan, Donny Osmond, Marie Osmond and Stephanie Mills. Performances from the show have been issued in multiple DVD and CD editions.

Sir Thomas John Woodward OBE (born 7 June 1940), known professionally as Tom Jones, is a Welsh singer. His career began with a string of top-ten hits in the mid-1960s. He has toured regularly, with appearances in Las Vegas (1967–2011). Jones's voice has been described by Stephen Thomas Erlewine of AllMusic as a "full-throated, robust baritone".

His performing range has included pop, R&B, show tunes, country, dance, soul and gospel. In 2008, the New York Times called Jones a musical "shape shifter", who could "slide from soulful rasp to pop croon, with a voice as husky as it was pretty". Jones has sold over 100 million records, with 36 Top 40 hits in the UK and 19 in the US, including "It's Not Unusual", "What's New Pussycat", the theme song for the 1965 James Bond film Thunderball, "Green, Green Grass of Home", "Delilah", "She's a Lady", "Kiss" and "Sex Bomb". 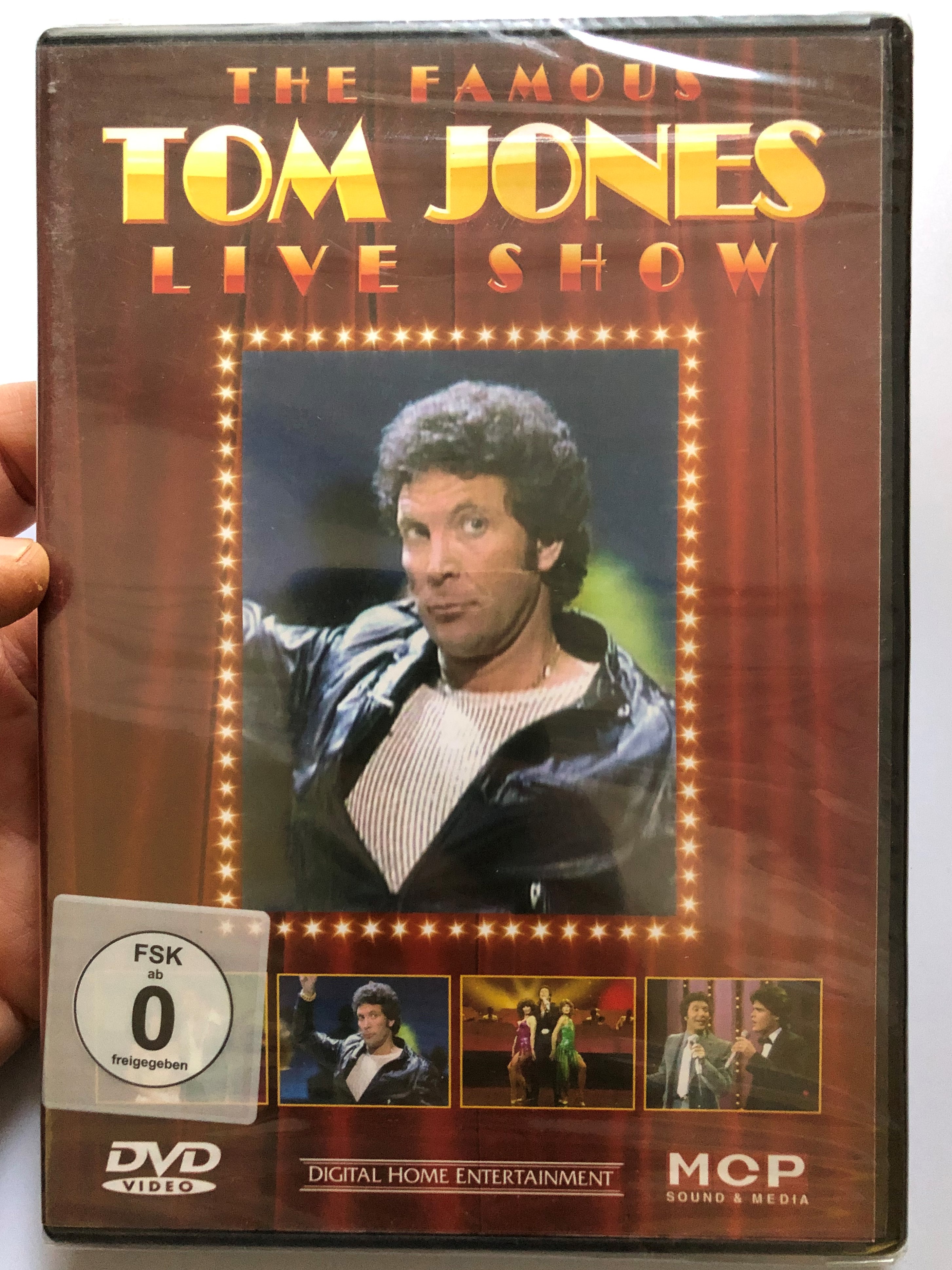 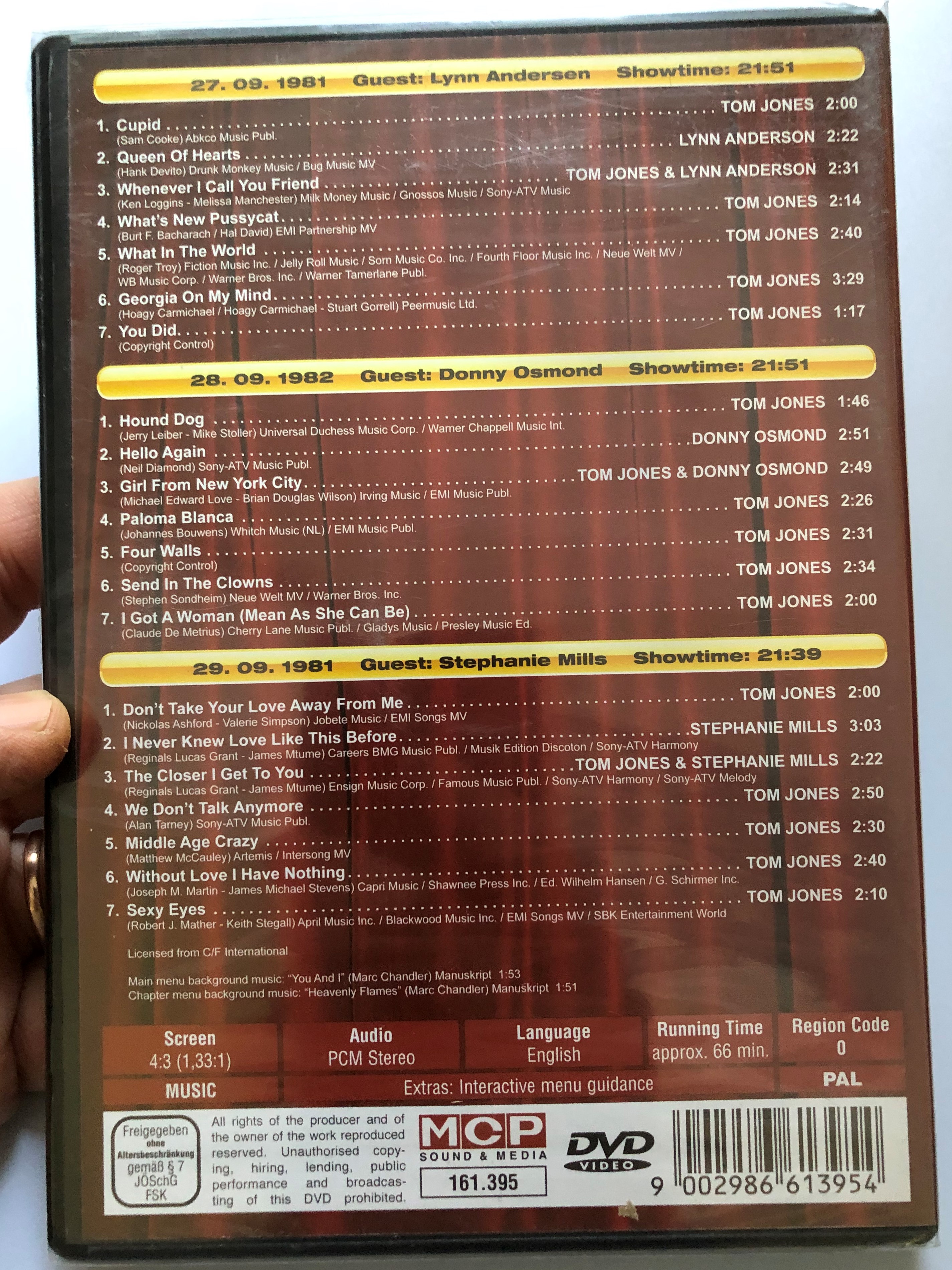