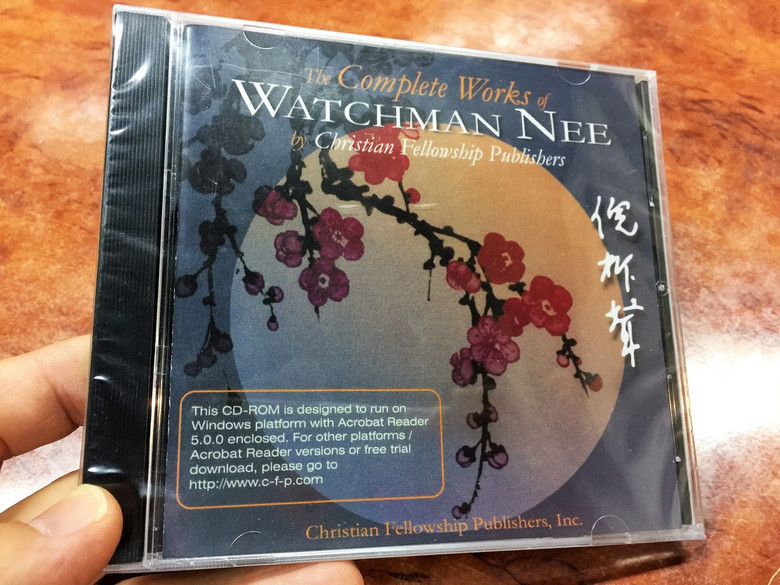 This CD-ROM contains a total of 55 books of Watchman Nee published by Christian Fellowship Publishers in PDF format for use with Adobe Acrobat Reader. In addition to the books, this CD-ROM also includes the complete text of the American Standard Version (ASV) bible and the Darby bible. All verse referencese used in the books are hyperlinked to the ASV bible with the exception of the Spiritual Man, with prefers the Revised Standard Version (RSV) unless otherwise indicated.
System requirements: Windows 98/2000/ME/NT/XP, CD-ROM drive.

Has all of CFPs Watchman Neee Titles on PDF. Very useful when looking for a particular passage or chapter for study. 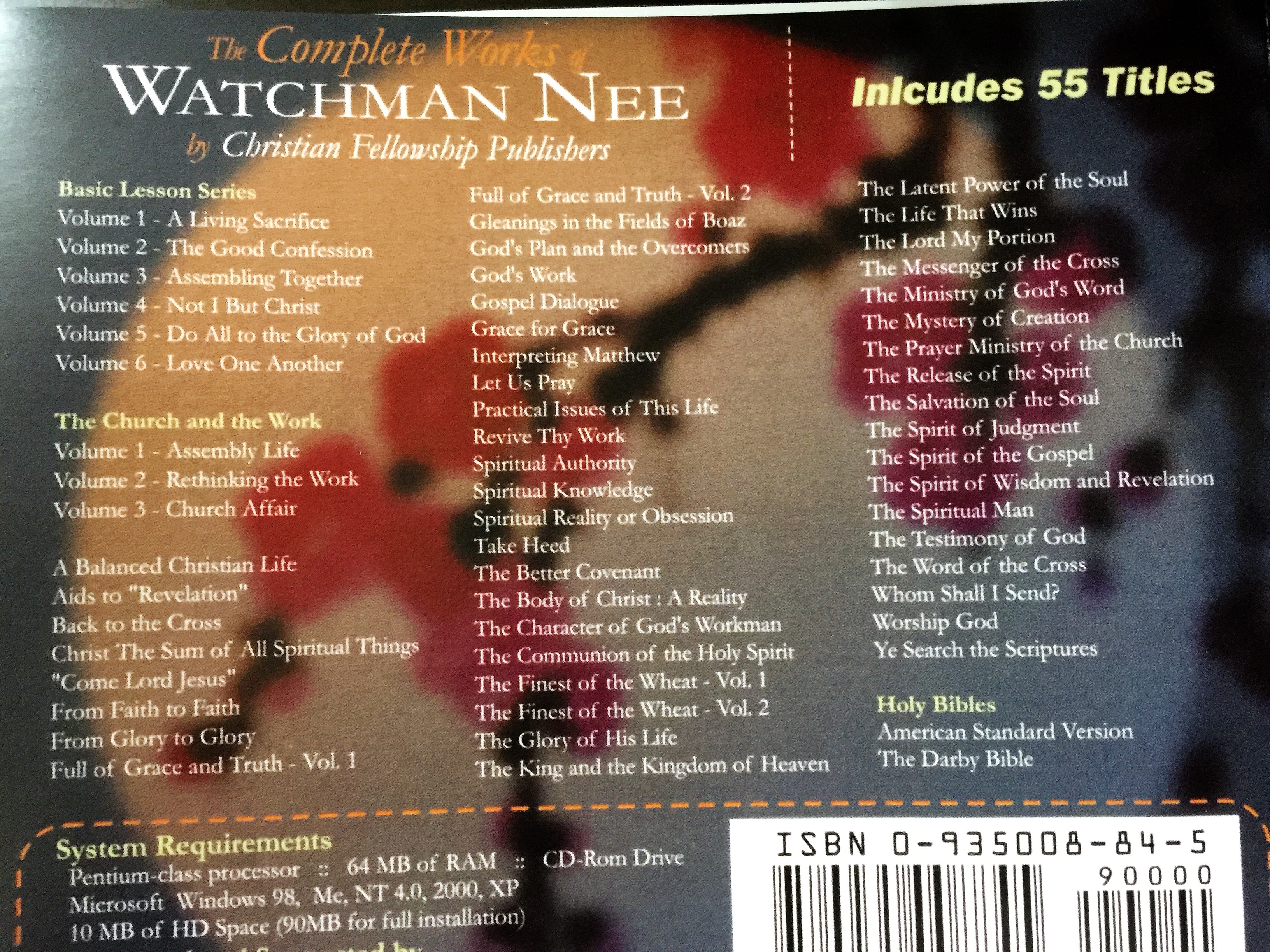 Watchman Nee was born in 1903 in Swatow, China as an answer to his mother's prayer. Having already borne two daughters, she prayed that if God should give her a son, she would give him back to God. As the boy grew up, he showed every sign of promise except he had no interest in things spiritual. It was not till he was seventeen years of age that he was met by the Lord. He knew at that time that he must accept Christ Jesus as his Savior, yet he struggled over the necessity of surrendering his life to the Lord. The love of Christ finally overwhelmed him and he capitulated to Christ. This was on April 29, 1920. He had such a love for the Word of God that he studied it almost incessantly, so within a very short period he had read the whole Bible several times. He began to witness for Christ to his school mates and soon earned the nickname of "the preacher". In searching the Scripture, he (with a few other believers) discovered 'the simplicity and purity that is towards Christ.' He determined to follow the Word of God explicitly and nothing but the Word.

In 1927 he began his life work in Shanghai, where he was able to practice the vision which the Lord had shown him in the Word. He understood that the eternal purpose of God is Christ and His Church. Through the mighty working of the Holy Spirit and the faithful ministry of this servant of God, this testimony spread over the vast land of China.

In 1949 the Communists took over China. Knowing what would be waiting for him back home, he nonetheless felt strongly his responsibility toward God and His Church. So he returned to China from Hong Kong in 1950. In April of 1952 he was seized and put in prison. He was later falsely accused as a master spy and was sentenced to twenty years of imprisonment. In prison he was not allowed to do anything but what was assigned him by prison authority. At the expiration of his sentence term, he was not released, and the news arrived quickly that he died faithful to the Lord.