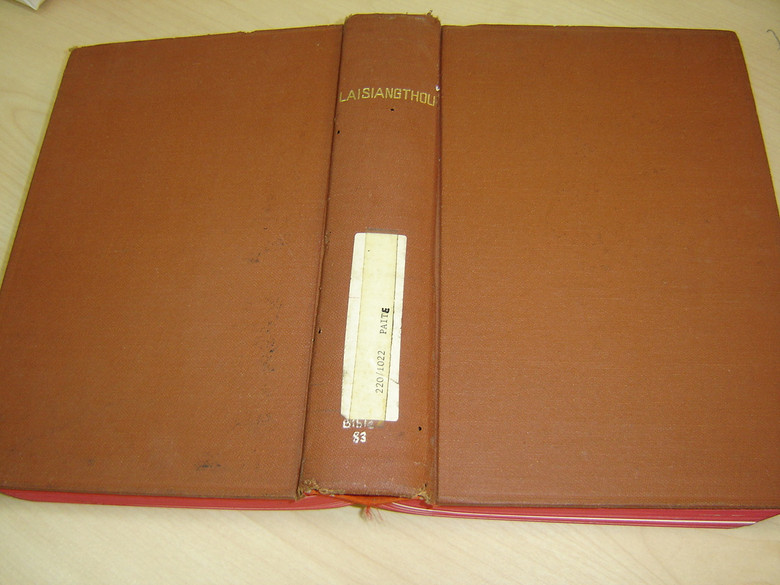 by Bible Society in India

INSIDE in EXCELLENT CONDITION. Cover shows some wear. AS PICTURED! Buy with confidence. ONLY ONE WE HAVE!

Paite is a Kukish language spoken by the Paite people. There are different Paite dialects. There are about 64,000 Paites in India (according to the 2001 census), about 100,000 Paites in Myanmar (2005-2006), and about 89,000 in Thailand and Laos (2014). The language exhibits mutual intelligibility with the other languages of the region including Thadou, Hmar, Vaiphei, Simte, Kom, Gangte and other languages. The name Paite literally means 'Go-people' and can be translated as 'Leavers' , 'Marchers' or 'simply the people who went.'

Paite was influence by a number of languages such as Japanese, Bengali, Hindi, Manipuri, Burmese, Thai and others as the Paite people like to mimick other people (who speak different languages) which also led to the creation of new words.

The Paite language was written with a script that is similar to the Burmese alphabet and Meitei mayek and that script is called Tuallai / Paite laimal but is wasn't used since the missionaries came to Colonial India.

The letters Hs and Sh are removed to make the alphabet more simple.

Even though the Paite language is a tonal language, the usage of tones can be neglected and Paite speakers will understand even if you use a flat tone in every word. The tonal indicators are thought to have been removed due to this reason.

Paite literature is written in the Lamjang dialect, which is indistinguishable from the Tedim language while there are some written in other dialects too.