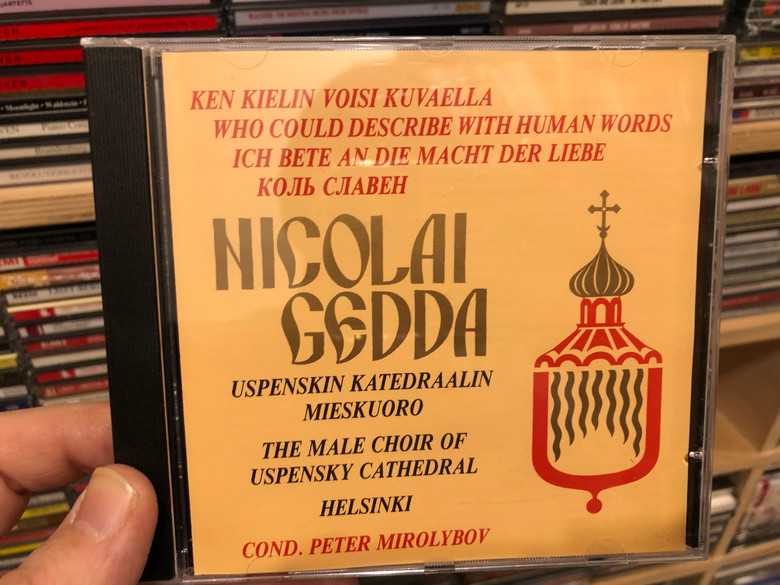 Harry Gustaf Nikolai Gädda, known professionally as Nicolai Gedda (11 July 1925 – 8 January 2017), was a Swedish operatic tenor. Debuting in 1951, Gedda had a long and successful career in opera until the age of 77 in June 2003, when he made his final operatic recording. Skilled at languages, he performed operas in French, Russian, German, Italian, English, Czech and Swedish, as well as one in Latin. In January 1958, he created the part of Anatol in the world premiere of the American opera Vanessa at the Metropolitan Opera. Having made some two hundred recordings, Gedda is one of the most widely recorded opera singers in history. His singing is best known for its beauty of tone, vocal control, and musical perception.