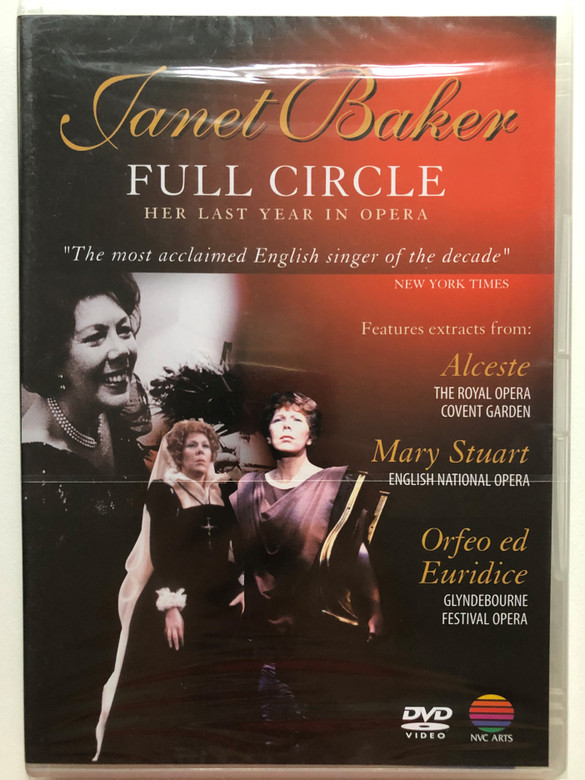 This is an intimate look at one year in the life of an international star  the final year in Dame Janet Bakers operatic career. The film begins with preparations for the title role of Glucks Alceste, staged at the Royal Opera House, Covent Garden. By concentrating on the famous aria, Divinités du Styx, from the first intensive rehearsals to the dramatic final result on opening night, we follow the evolution of the role of a tragic heroine.

At the London Coliseum we see the problems and intricacies of a television rehearsal in Dame Janets celebrated portrayal of Mary in Donizettis Mary Stuart. The culmination of the years events takes place at picturesque Glyndebourne with Dame Janets triumphant performance in Glucks Orfeo. It is a highly charged emotional occasion with private backstage moments carefully woven round the public appearance on stage.

Interspersed between the three operas are sequences from New Yorks Carnegie Hall, where Dame Janet receives a standing ovation after a recital, and in contrast to this electric atmosphere a recital in the more relaxed surroundings of Scotlands Haddo Hall where she sings the Angel in Elgars The Dream of Gerontius.

Informal moments at home with her husband, friends and colleagues, together with interview sequences with Dame Janet complete a remarkable insight into the life of one of musics most sympathetic and articulate singers. that now firmly-established maxim which lays it down that no man may call himself fully civilised if he misses any opportunity to hear Janet Baker sing BERNARD LEVIN

She was particularly closely associated with baroque and early Italian opera and the works of Benjamin Britten. During her career, which spanned the 1950s to the 1980s, she was considered an outstanding singing actress and widely admired for her dramatic intensity, perhaps best represented in her famous portrayal as Dido, the tragic heroine of Berlioz's magnum opus, Les Troyens. As a concert performer, Dame Janet was noted for her interpretations of the music of Gustav Mahler and Edward Elgar. David Gutman, writing in Gramophone, described her performance of Mahler's Kindertotenlieder as "intimate, almost self-communing. 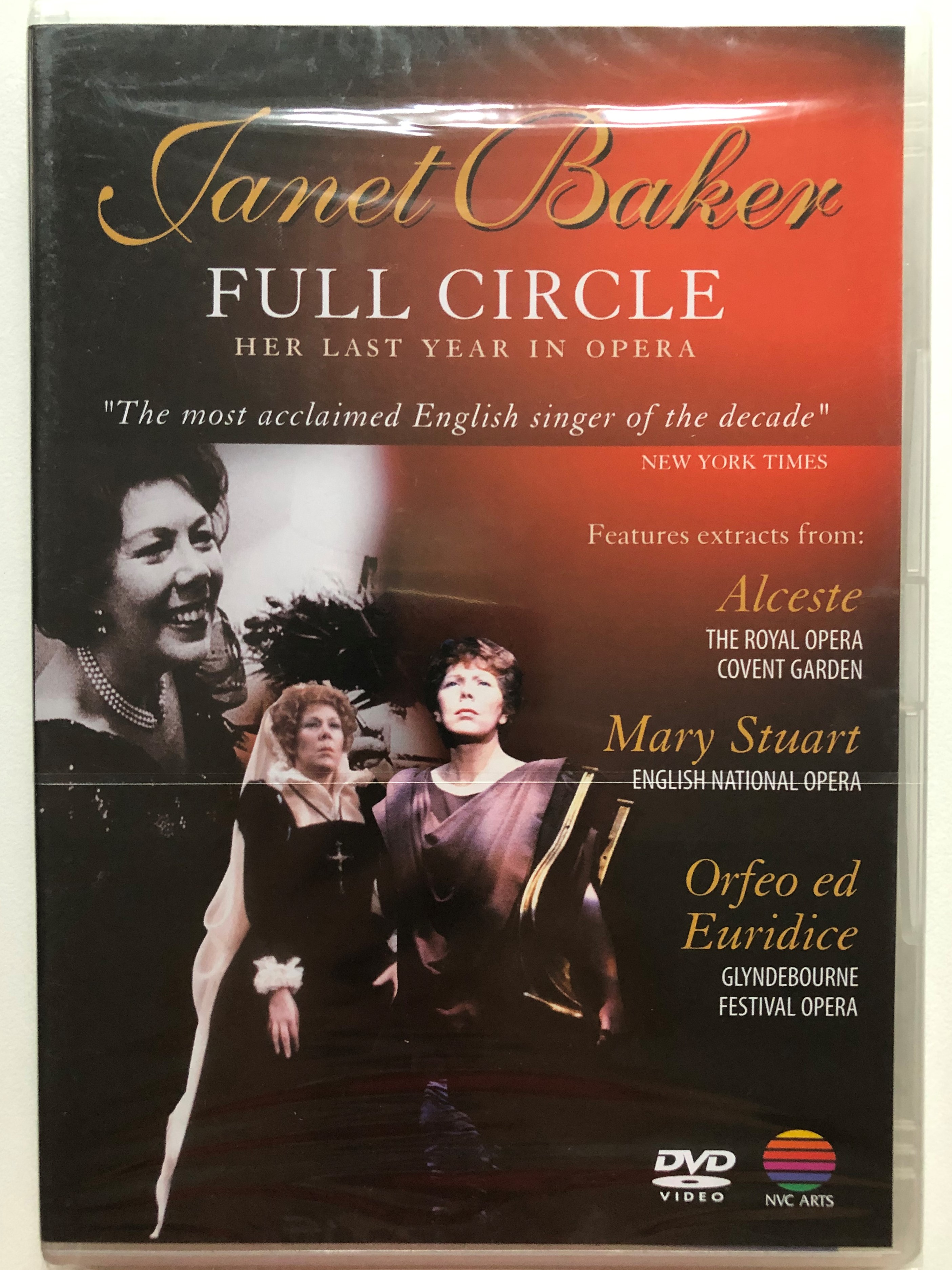 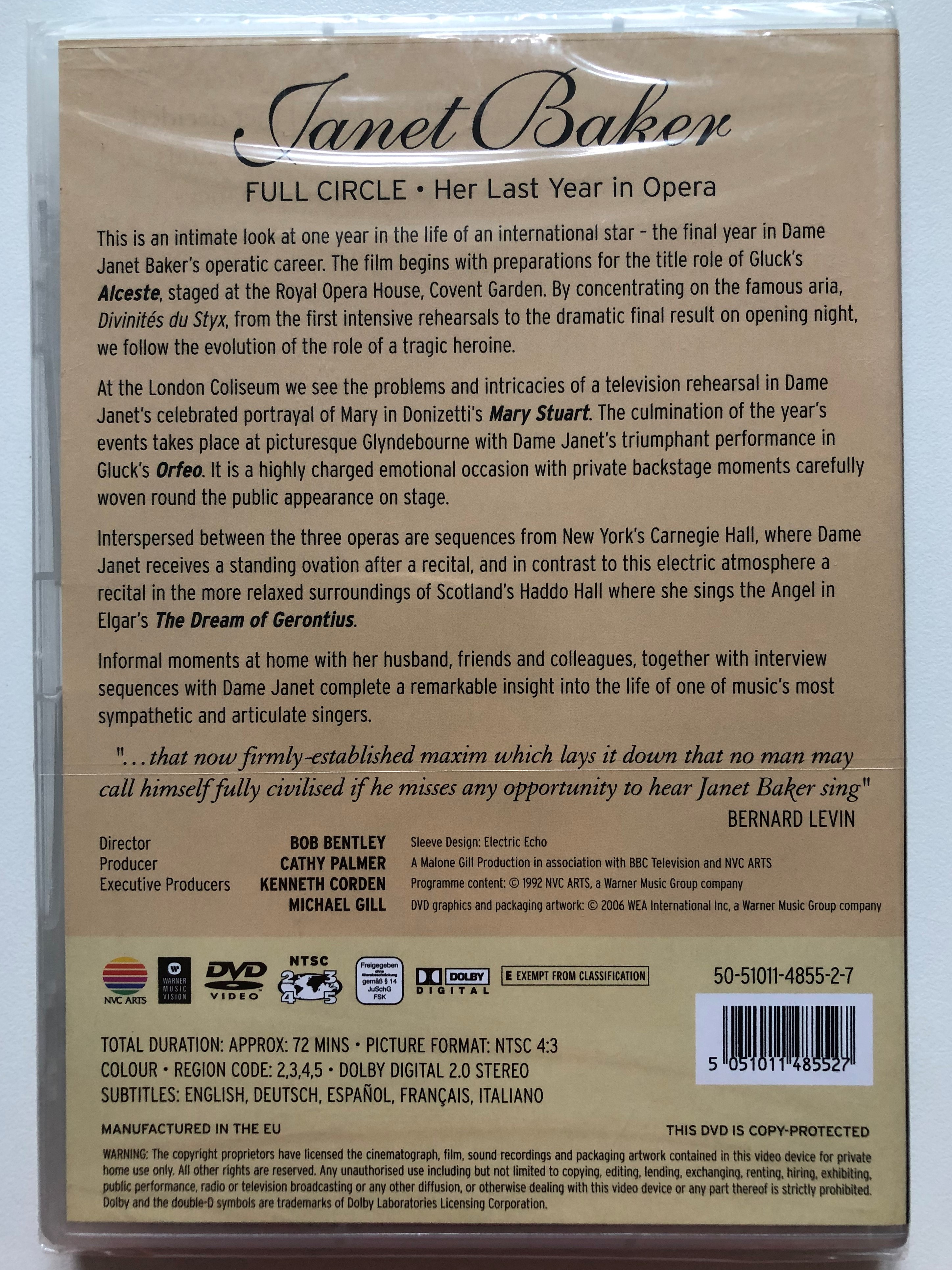