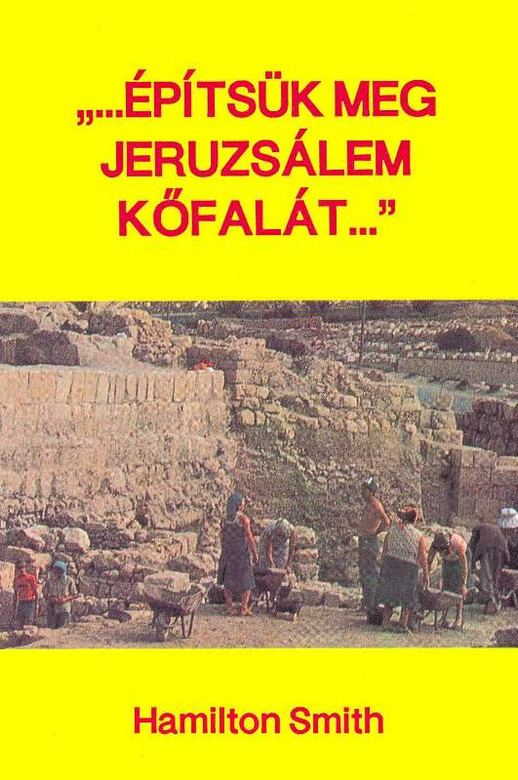 "...építsük meg Jeruzsálem kőfalát..." by Hamilton Smith - Hungarian translation of the book "An Outline of the Book of Nehemiah "

Hamilton Smith (1862-1943), born in Barnes, Surrey, the son of a sea captain, was employed in the office of his uncle's building firm, where he was later joined by his cousin F B Hole. By 1901, married and living in Sutton, Surrey, with his wife and young family, he had retired from the building trade and entered full-time upon the task of building up the church of God. Later in life, he moved to Weston-super-Mare in Somerset, his wife Rachel's home county. His personal ministry was delivered in the United Kingdom, but his written ministry is still read worldwide. Along with H P Barker, A J Pollock, J T Mawson and F B Hole he frequently contributed articles to "Scripe Truth" magazine, many of which were later published in books by the Central Bible Truth Depot. His written expositions of Scripture are brief, clear and very much to the point. He is probably best known for his Old Testament character studies and New Testament outlines.

The story of the remnant of God's people who were delivered from the captivity in Babylon, and brought back to God's city in God's land is one of deep interest. The faith and zeal of this remnant, their failures and revival, the work they accomplished,