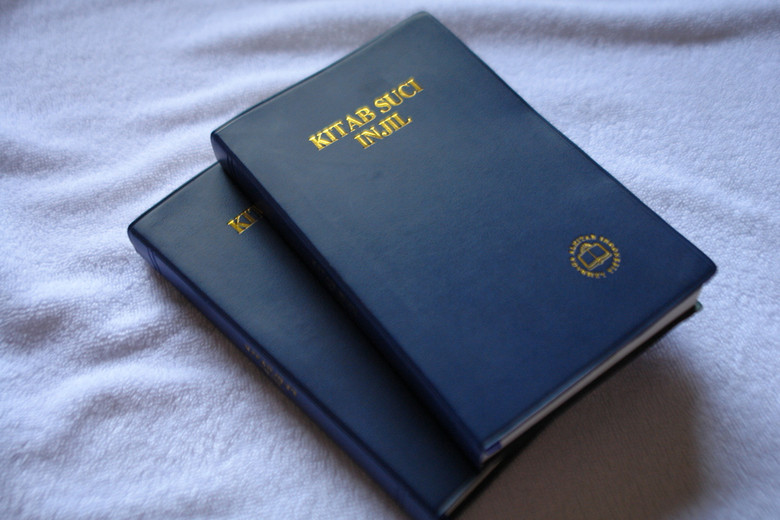 5000 Printed - we only have few available!  RARE LANGUAGE

The Bima language, or Bimanese (Bima: Nggahi Mbojo, Malay: Bahasa Bima) is an Austronesian language spoken on the eastern half of Sumbawa Island, Indonesia, which it shares with speakers of the Sumbawa language. Bima territory includes the Sanggar Peninsula, where the extinct Papuan language Tambora was once spoken. "Bima" is an exonym; the autochthonous name for the territory is "Mbojo" and the language is referred to as "Nggahi Mbojo." It is closely related to the languages of Sumba Island to the southeast. There are over half a million Bima speakers. Neither the Bima nor the Sumbawa people have alphabets of their own for they use the alphabets of the Bugis and the Malay language indifferently.

Bima, or Bimanese, is a Malayo-Polynesian language spoken in the eastern half of Sumbawa Island in Indonesia by about 500,000 people. It is closely related to the languages of Sumba Island. The Bima(nese) script is used to write Bima, and is related to the Buginese script. This script has been used since the 14th century, and was used to write books and royal records in the Bima Kingdom. During the 17th century, when the Bima people became Muslim, they started using Malay written with the Arabic script.