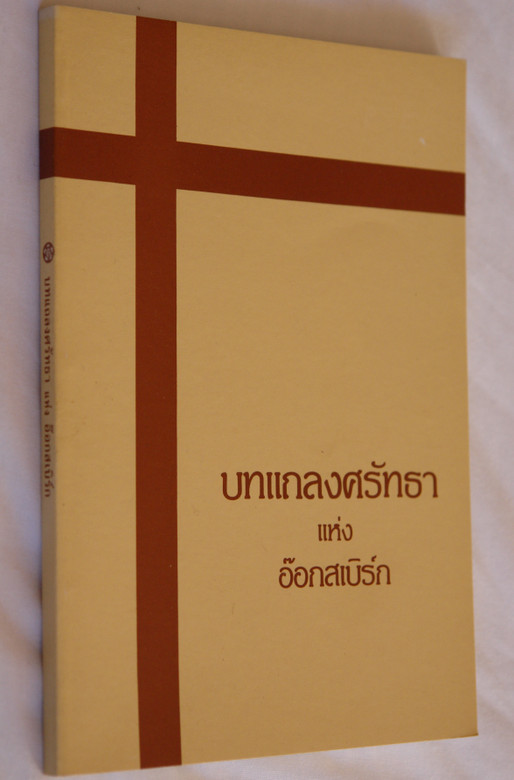 Publisher: The Lutheran Mission in Thailand

The Evangelical Lutheran Church in Thailand is a growing minority church in an overwhelmingly Buddhist country. It is also a minority among Christians. In spite of the differences in their contextual settings, all of them share similar stands in questions concerning baptism and ecumenical relations. In all three cases the Lutheran churches accept the baptism of other churches. This is stated in their Constitutions and Church Orders. This way they identify themselves as part of the Church Universal. Baptism is not usually a problem in their relation to Roman Catholic, Orthodox and historical Protestant churches.

The Holy Roman Emperor Charles V had called on the Princes and Free Territories in Germany to explain their religious convictions in an attempt to restore religious and political unity in the Holy Roman Empire and rally support against the Turkish invasion. It is the fourth document contained in the Lutheran Book of Concord.