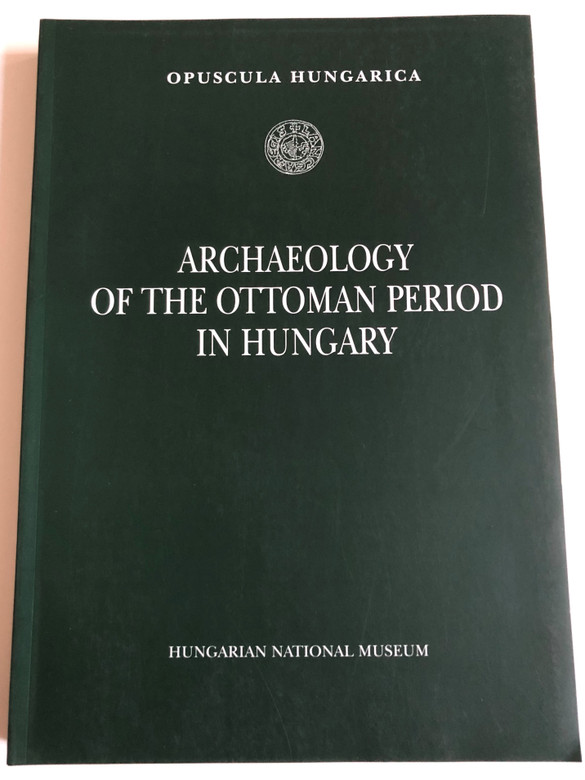 Archaeology of the Ottoman period in Hungary

Papers of the conference held at the Hungarian National Museum, Budapest 24–26 May 2000)

FOREWORD "We should preserve and look after our relics and collect together the fragments we have to prevent them being lost irretrievably, lest the past be emptier, the present more impoverished and the future less sure." Thus wrote Arnold Ipolyi, an eminent researcher of Hungarian cultural history, in 1878. His words are deeply true literally as well as figuratively. Even today they deserve to be taken to heart by archaeologists, historians, art historians, and engineers, by all those dealing with what is currently referred to as the "constructed past". We believe that one of the most important phases in the research process is the verbal presentation of findings, and the debate of methods and conclusions. This conference hopes to provide a platform for both. It should be stated that in the past two decades the Hungarian National Museum has organized relatively few scientific congresses. Partly to make up for the missed opportunities, we should, in the future, like to organize at least one national conference every year, and an international conference every two or three years. The thematic possibilities are quite broad in both time and space, as the archaeological and historical profile of the National Museum covers research from the Palaeolithic age to the present, along with the preservation and evaluation of the history of the early peoples of the Carpathian Basin and historical mementos from the Hungarian past, which goes back more than one thousand years.