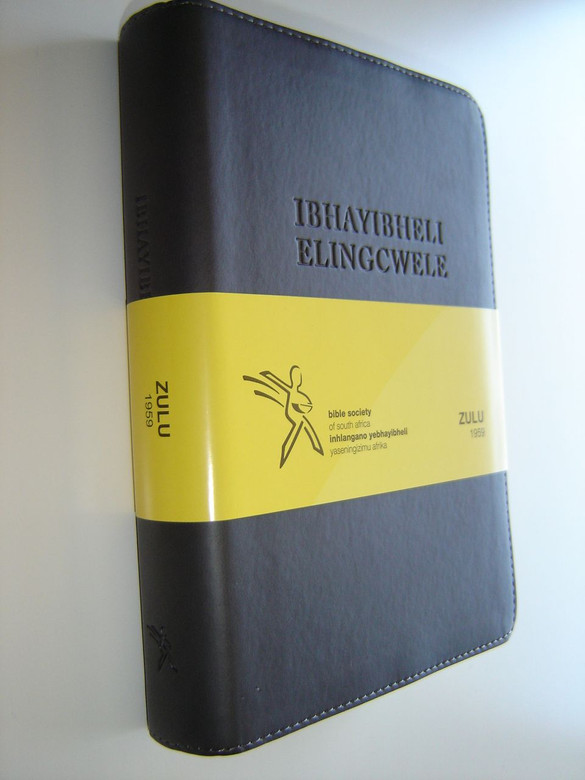 Zulu Bible / IBHAYIBHELI ELINGCWELE / ZULU 1959 / Canvas Cover, Camouflage / The edition is a reset of the 1959 Zulu translation in the new orthography

According to Ethnologue, it is the second most widely spoken Bantu language after Shona. Like many other Bantu languages, it is written using the Latin alphabet. The Zulu language, like other Nguni languages, is heavily influenced by the Xhosa language.