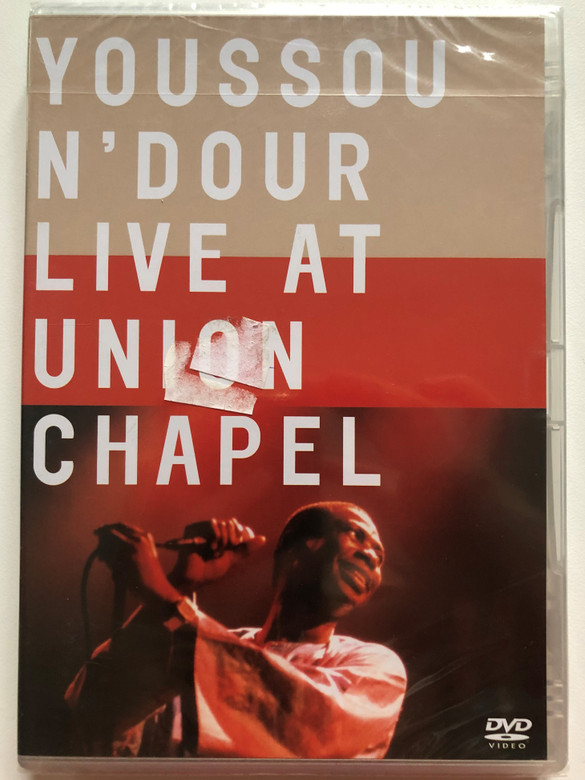 Youssou N'Dour was born in Dakar in 1959 and began singing as a child performer at neighborhood gatherings in the tough Medina section of Dakar, Senegal, West Africa. He took formally to the stage at age 12 and by his mid-teens was singing regularly with the Star Band, the most successful group in Senegal at that time. In 1979, he formed his own ensemble, the Etoile de Dakar, which, by 1981, had evolved into The Super Etoile. The most famous band in Africa, The Super Etoile, guided by Youssou N'Dour has crafted and invented a thoroughly modern African pop style, one which has gone on to influence artists as diverse as Peter Gabriel and Paul Simon.

African pop superstar Youssou N'Dour performs live at London's Union Chapel. With his mix of Senegalese music, Samba, Hip-Hop, Jazz, and Soul music, N'Dour has become a world-renowned star. His breakthrough occurred in 1989 with the release of the album, SET, which featured the song "Shaking' the Tree," which he co-wrote with Peter Gabriel. Here, N'Dour performs some of his best-loved songs, including "Mame Bamba," "No More," and "Shakin' the Tree."

On a December night in 2002 at Union Chapel in London, Youssou N'Dour and his all-star band miraculously conjured the atmosphere of the Thiossane, the legendary nightclub in Dakar where he performs every week for his loyal Senegalese fans. Backed by the rhythms of one of the finest bands ever to come out of Africa, his soaring, soulful voice and charismatic presence convinced all in attendance that they had seen not only a towering African star, but one of the world’s great musical artists. Hearing and seeing is believing. 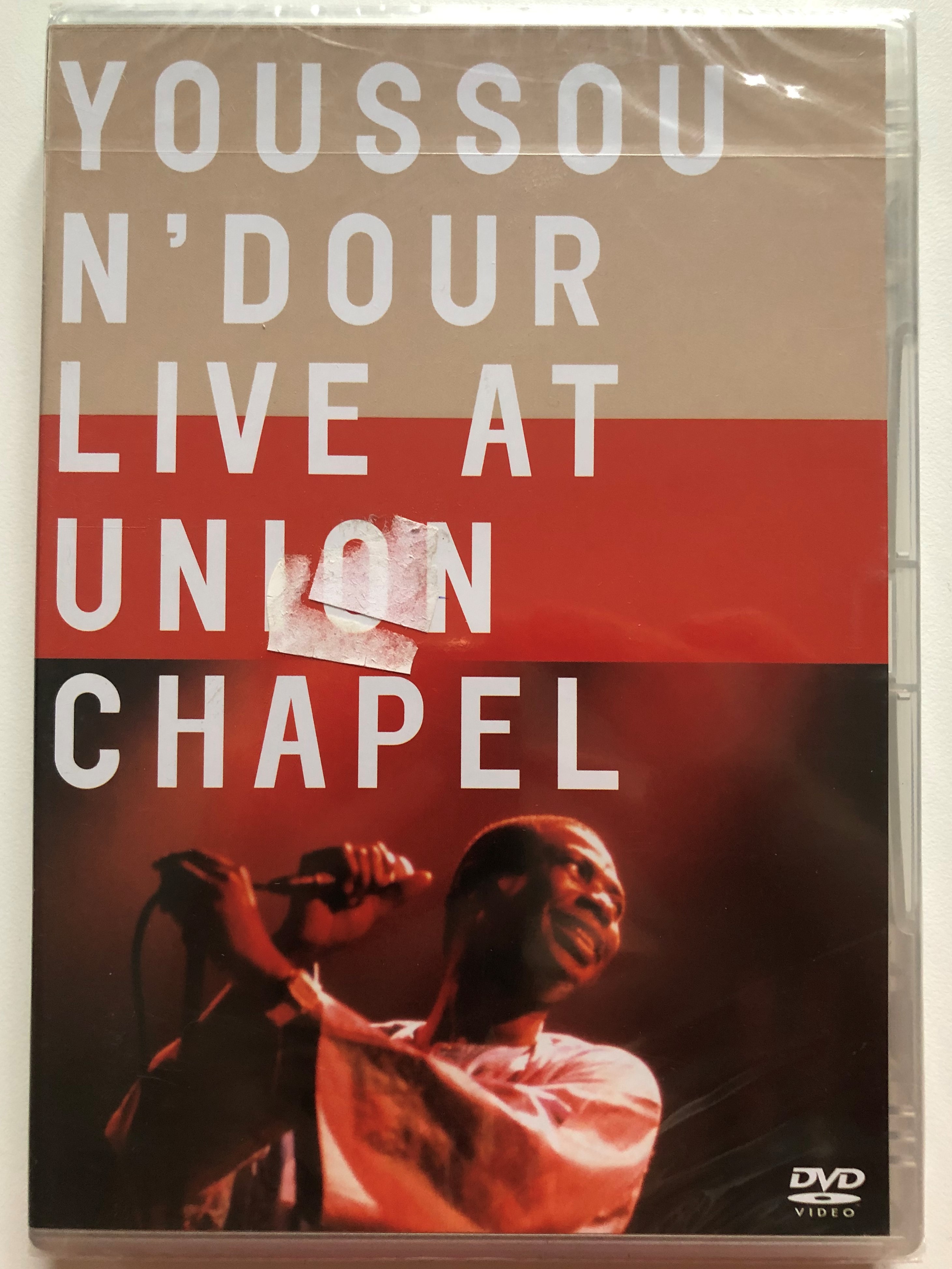 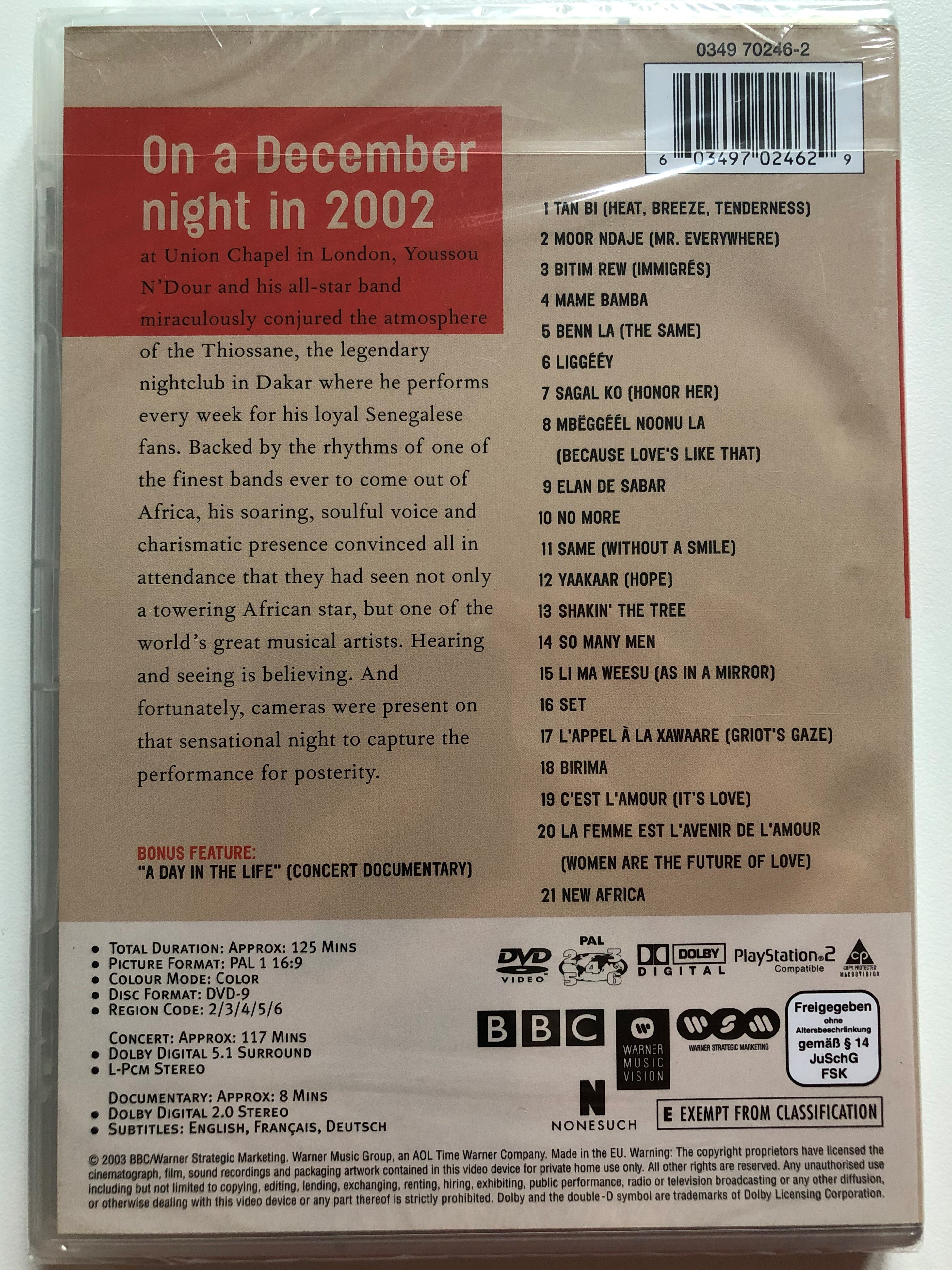