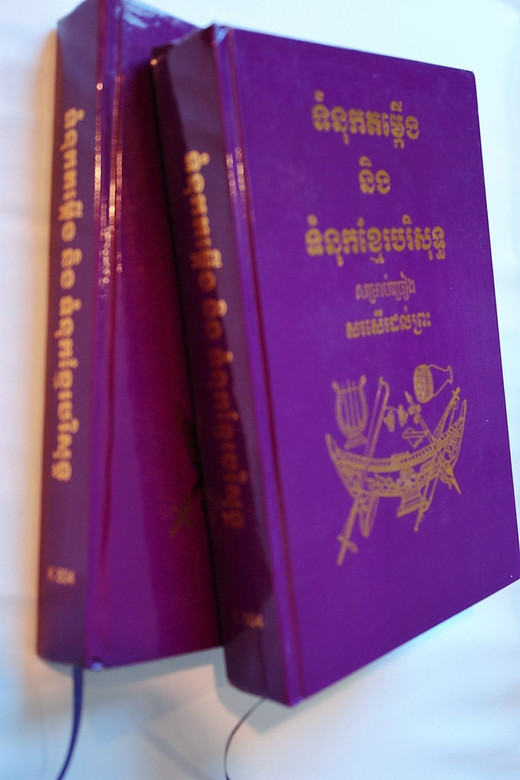 Published by the C&MA CHRISTIAN AND MISSIONARY ALLIANCE Cambodia

Printed by the Good News Printing House in Cambodia

Cambodian Text Copyright by the CHRISTIAN AND MISSIONARY ALLIANCE

Arriving in 1923, Alliance missionaries were the first long-term Protestant workers to enter Cambodia, and Alliance efforts grew into the one of the nation’s largest evangelical communities, the Khmer Evangelical Church.

Alliance missionaries were evacuated from Cambodia in 1975 when the Khmer Rouge came to power. By the end of 1979, 80 percent of Cambodian believers had been martyred during the horrors of Pol Pot’s Killing Fields. From the small seed of some 2,000 remaining believers, the evangelical Church in Cambodia has since grown to more than 200,000 believers.

Nonetheless, Christians in Cambodia number less than 2 percent of the population. More than 75 percent of Cambodia’s 14,000 villages do not yet have any Christian presence. The needs for evangelism and church planting in this war-ravaged country remain great. Grinding poverty for the vast majority of people, which leads to health and social problems, continues to be a major challenge.