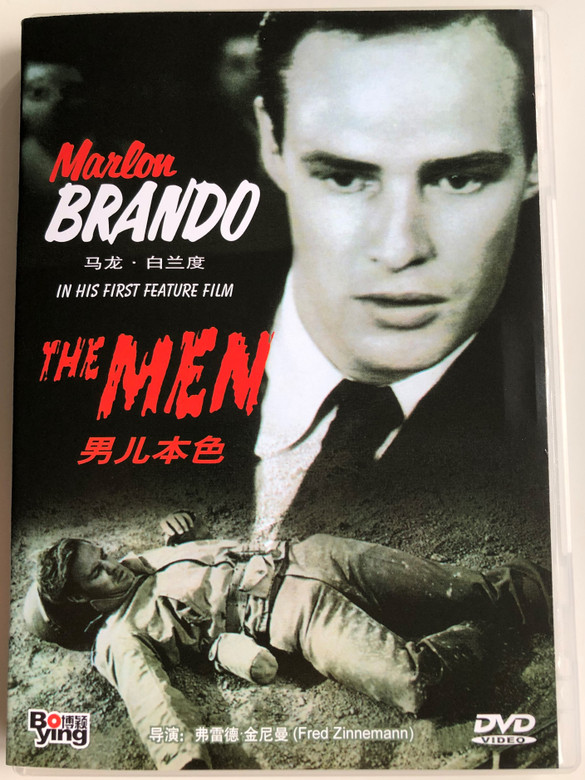 A World War II lieutenant is seriously injured in combat, and faces struggles as he attempts to re-enter society. Birmingham General Army Hospital in Van Nuys, California was used as the recover Hospital. Marlon Brando "checked-in" himself to get the role down.

Fred Zinnemann's sensitive film on the plight of paraplegic WWII veterans features Marlon Brando in his superbly moving screen debut. He plays Lt. Bud Wilozek, one of a group of veterans recovering in the paraplegic ward of a hospital in his hometown. His former fiancée, Ellen (Theresa Wright), explains to his physician, Dr. Brock (Everett Sloane), her concern about his isolation and apparent depression since he has broken their engagment and refuses to see her. He counsels her to be patient, but when he decides to broach the issue with Bud, the embittered patient reacts angrily to the doctor's intrusiveness, and continues to refuse to see Ellen. The doctor cajoles the withdrawn paraplegic into the life of the ward, where fellow patients Richard Erdman, Jack Webb, and Arthur Jurado begin to pull Bud out of his spiritual miasma. At length, his sense of hope starts to return, and after seeing Ellen for the first time in months, he begins to contemplate the possibility of marriage. Zinnemann and screenwriter Carl Foreman spent a month in a veteran's hospital researching the film, and Brando lived in the paraplegic unit for a time as part of his preparation.