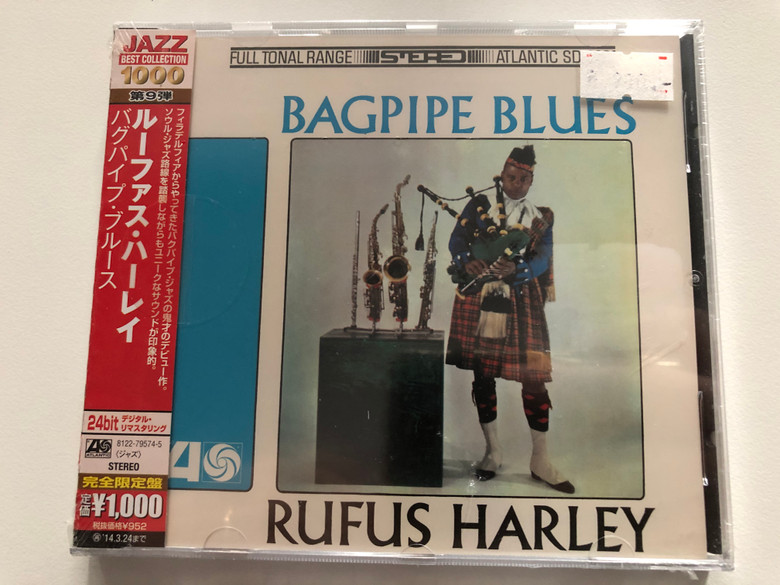 Bagpipe Blues is the debut album by piper and saxophonist Rufus Harley recorded in 1965 and released on the Atlantic label.

Rufus Harley Jr. (May 20, 1936 – August 1, 2006) was an American jazz musician known primarily as the first jazz musician to adopt the Great Highland bagpipe as his primary instrument.

Born: 20th May 1936 near Raleigh, North Carolina, USA
Died: 1st August 2006 Philadelphia, Pennsylvania, USA
The world's first jazz bagpiper, and an activist as well. Born North Carolina but lived in Philadelphia most of his life. Originally a saxophonist, he switched to the bagpipes after hearing the Black Watch pipes at the funeral of John F Kennedy. He also campaigned for the tightening of US gun laws. Died of prostate cancer (aged 70).