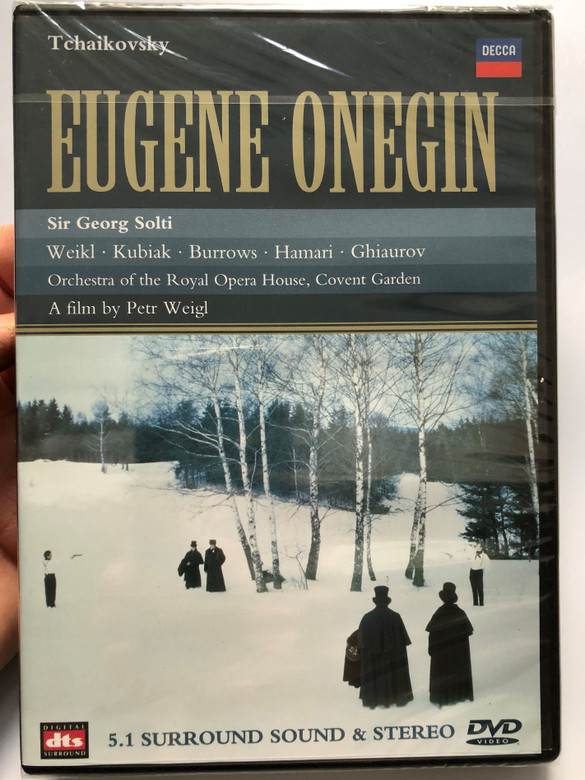 Petr Weigl's beautiful film evokes superbly this most atmospheric of operas, while Sir Georg Solti captures both the passion and subtlety of Tchaikovsky's magnificent score! The golden-voiced Teresa Kubiak sings the innocent Tatyana, Stuart Burrows is the ill-fated Lensky, and Bernd Weikl is Eugene Onegin, whose arrival is destined to change everybody's lives.

Eugene Onegin is a novel in verse written by Alexander Pushkin. Onegin is considered a classic of Russian literature, and its eponymous protagonist has served as the model for a number of Russian literary heroes (so-called superfluous men). It was published in serial form between 1825 and 1832. The first complete edition was published in 1833, and the currently accepted version is based on the 1837 publication.