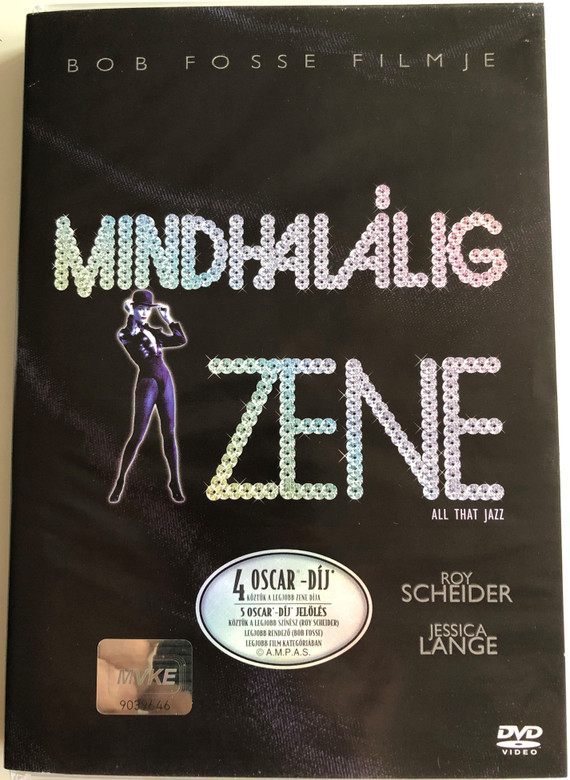 All That Jazz is a 1979 American musical drama film directed by Bob Fosse. The screenplay, by Robert Alan Aurthur and Fosse, is a semi-autobiographical fantasy based on aspects of Fosse's life and career as a dancer, choreographer and director. The film was inspired by Fosse's manic effort to edit his film Lenny while simultaneously staging the 1975 Broadway musical Chicago. It borrows its title from the Kander and Ebb tune "All That Jazz" in that production. The film won the Palme d'Or at the 1980 Cannes Film Festival.

Joe Gideon is a theater director and choreographer trying to balance staging his latest Broadway musical, NY/LA, while editing a Hollywood film he has directed, The Stand-Up. He is a workaholic who chain-smokes cigarettes and a womanizer who constantly flirts and has sex with a stream of women. Each morning, to keep himself going, he plays a tape of Vivaldi and takes doses of Visine, Alka-Seltzer, and Dexedrine, always finishing by looking at himself in the mirror and telling himself "It's showtime, folks!". Joe's ex-wife, Audrey Paris, is involved with the production of the show, but disapproves of his womanizing ways. Meanwhile, his girlfriend Katie Jagger and daughter Michelle keep him company. In his imagination, he flirts with an angel of death named Angelique in a nightclub setting, chatting with her about his life.