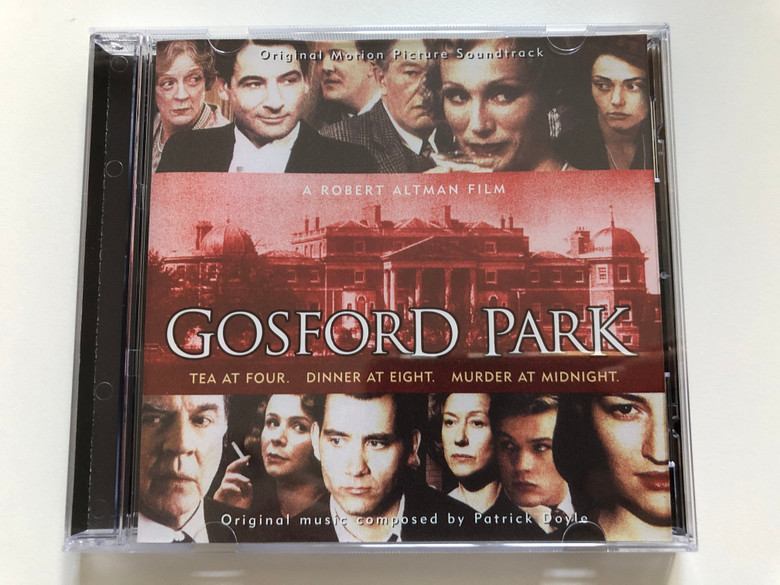 Thematically, director Robert Altman's career sometimes seems an endless series of left turns into the unexpected; the one constant has been a rich and rewarding attention to the intricacies of character development and interaction. Composer Patrick Doyle underscores Gosford Park's Merchant-Ivory/Agatha Christie/Altman-wit fusion and '30s British upper-class setting with a score that's period spot-on, character-rich, and often sadly evocative. Doyle's restraint is masterful, often leaning on piano, accordion, and small string arrangements that emphasize the characters' intimacies and the film's drawing room settings. Key to the story are a handful of prewar songs by Ivor Novello (who's also a character in the film), ranging from the sprightly humor of "And Her Mother Came Too" and "What a Duke Should Be" to the romantic schmaltz of "I Can Give You the Starlight" and "Why Isn't It You?" The latter is performed here at the piano (and, remarkably, live before the cameras) by Jeremy Northam. Leavened by a small jazz ensemble and a few darkly ominous cues, Doyle's score is an understated gem. --Jerry McCulley 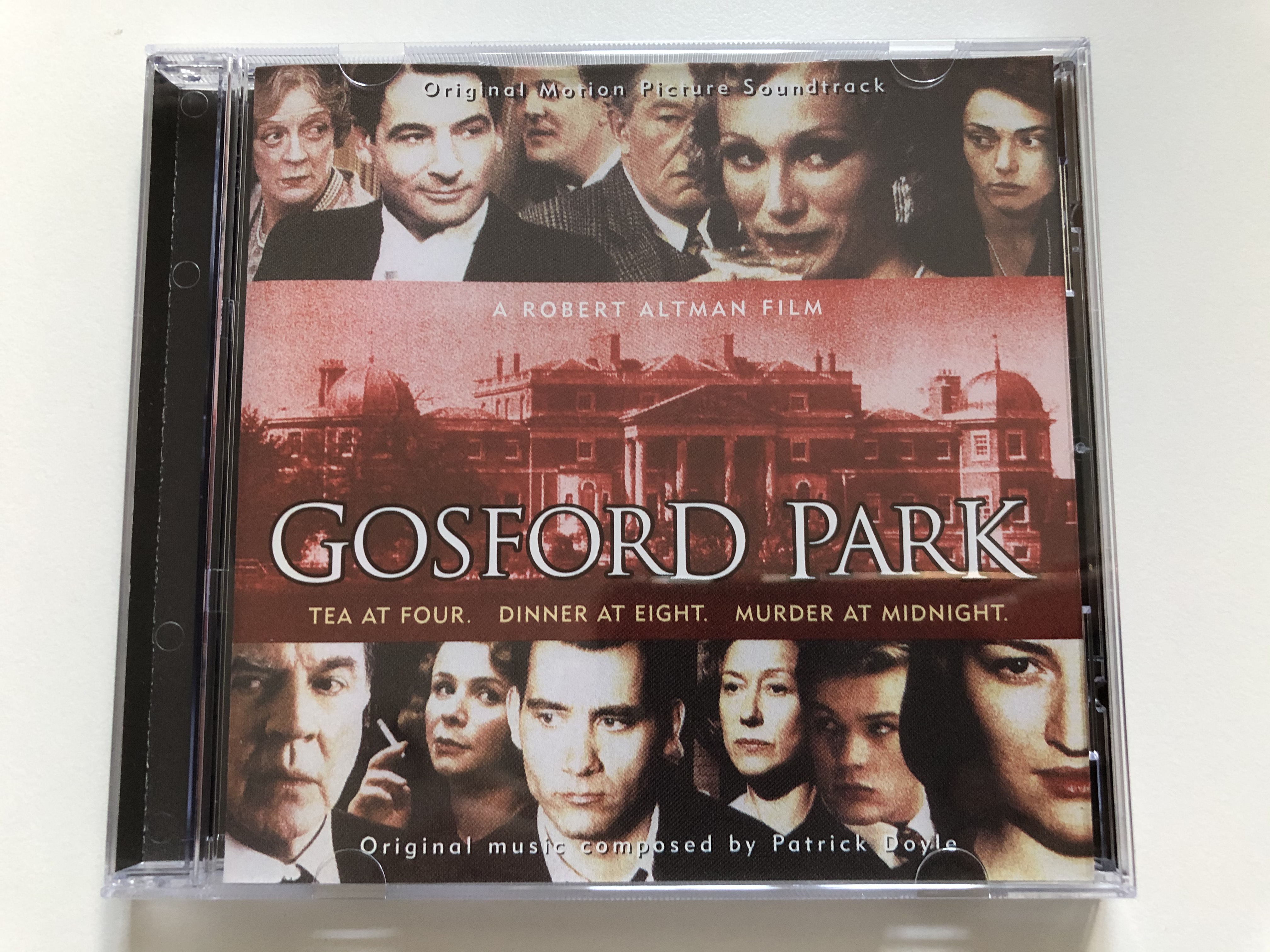 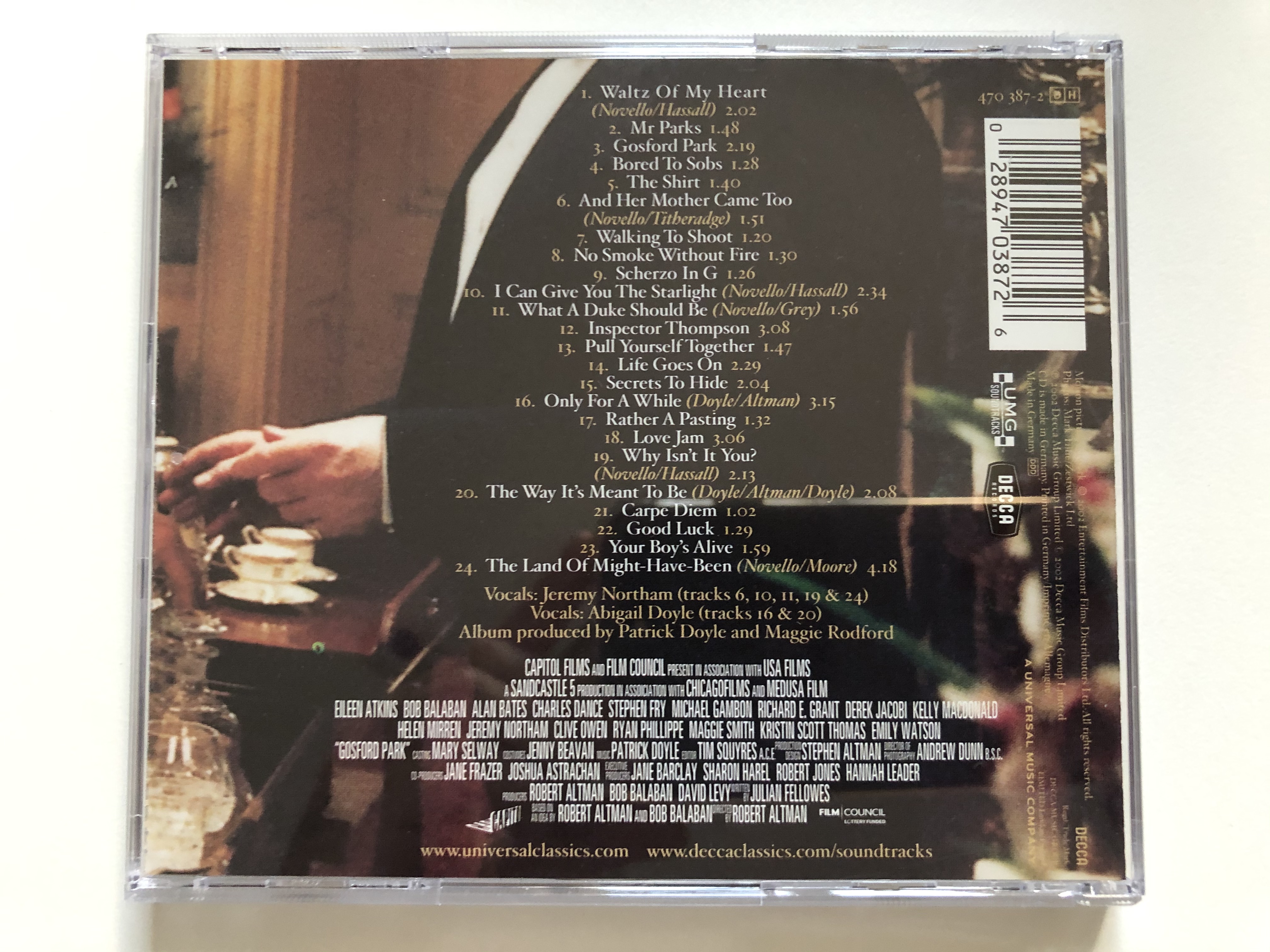