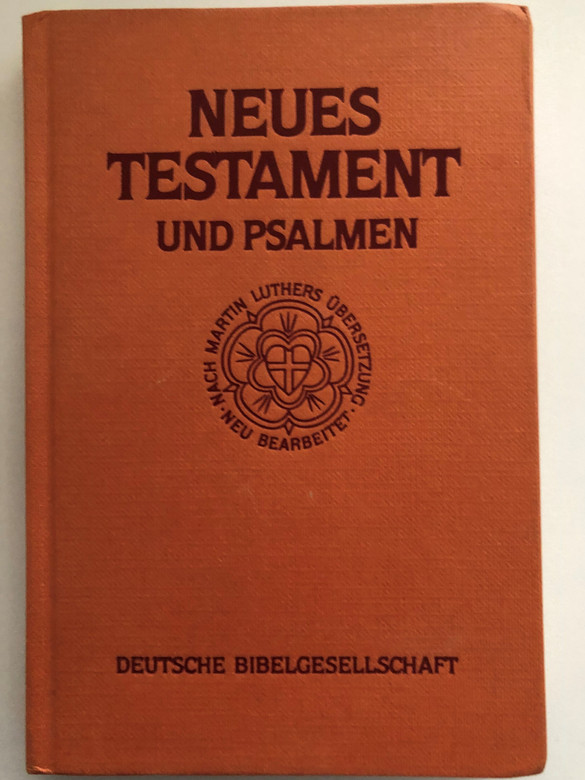 While he was sequestered in the Wartburg Castle (1521–22) Luther began to translate the New Testament from Greek into German in order to make it more accessible to all the people of the "Holy Roman Empire of the German nation." He translated from the Greek text, using Erasmus' second edition (1519) of the Greek New Testament, known as the Textus Receptus. Luther did not translate from the Latin Vulgate translation, which was the Latin translation officially used by the Roman Catholic Church. Luther also published the Bible in the small octavo format. Like Erasmus, Luther had learned Greek at the Latin schools led by the Brethren of the Common Life (Erasmus in Deventer, the Netherlands; and Luther in Magdeburg, Germany). These lay brothers added Greek as a new subject to their curriculum in the late 15th century. At that time Greek was seldom taught even at universities.

To help him in translating into contemporary German, Luther would make forays into nearby towns and markets to listen to people speaking. He wanted to ensure their comprehension by translating as closely as possible to their contemporary language usage. His translation was published in September 1522, six months after he had returned to Wittenberg. In the opinion of the 19th-century theologian and church historian Philip Schaff,

The richest fruit of Luther's leisure in the Wartburg, and the most important and useful work of his whole life, is the translation of the New Testament, by which he brought the teaching and example of Christ and the Apostles to the mind and heart of the Germans in life-like reproduction. It was a republication of the gospel. He made the Bible the people's book in church, school, and house.