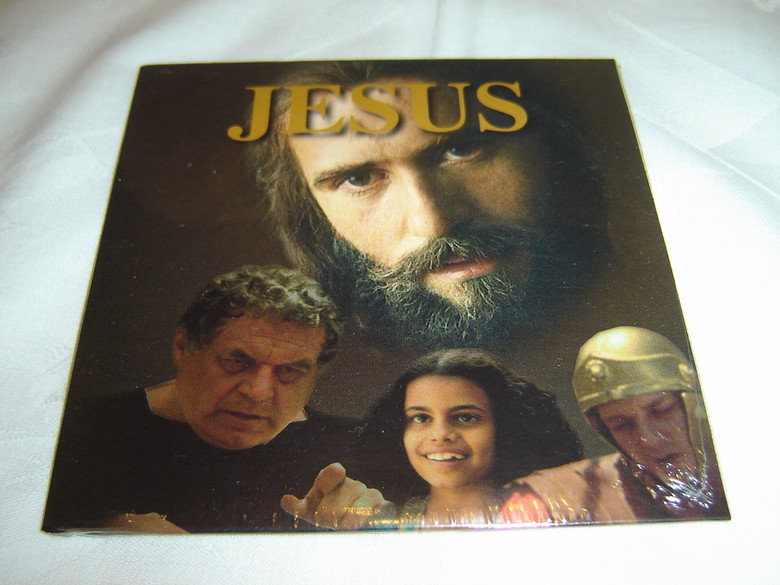 The Life of Jesus in 16 Romani Gypsy Languages

This is the CLASSIC JESUS FILM!

Get the VILLAGE together and show this movie to them!

The Romani language options on this DVD:

Jesus (alternatively called The Jesus Film) is a 1979 biblical drama film that depicts the life of Jesus Christ. It primarily uses the Gospel of Luke as the basis for the story. It was co-directed by Peter Sykes, John Krish, and an uncredited John Heyman, who was also the film's producer. It was filmed on location in Israel.

The cast consists of many people. Below are some of the main cast:

Instead of creating a parallel story for the film or embellishing the biblical account, as is the case with other biblical films such as The Ten Commandments or The Greatest Story Ever Told, the filmmakers chose to adhere as closely as possible to the Gospel of Luke. At the end of the film it states that the Good News Bible (Today's English Version) was used for the filming. Most of the film's dialogue comes from Luke, which was chosen after Heyman sought advice from clergy and scholars. Many responded that the screenplay should be based on just one gospel, and that Luke should be used because of its completeness.

The film was financed primarily by Campus Crusade for Christ with a budget of $6 million.

According to The New York Times,JESUS is likely the most-watched motion picture of all time.

Project leaders claim that it has been viewed over 5 billion times by over 3 billion people.