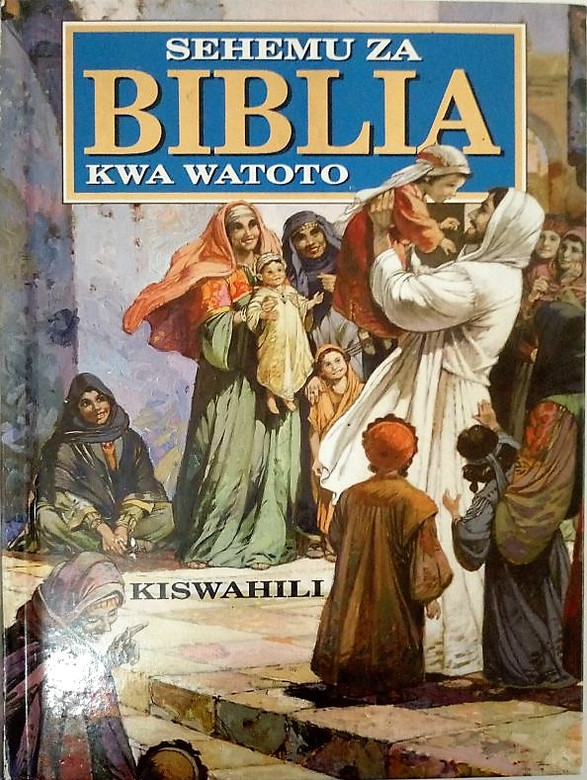 Anne de Graaf is a published author of children's books. Some of her published credits include Historias de la Biblia, Bible Stories, and The Children's Bible. Anne De Graaf has written more than eighty books which have sold over 4 million copies worldwide and been translated into more than forty languages. The final book in her "Hidden Harvest series" of adult novels, Out of the Red Shadow, won the Christy Award 2000 for International Historical Fiction. Anne de Graaf has also worked as a journalist for the Dutch national press agency, and economics translator for the Dutch government. Born in San Francisco and a graduate of Stanford University, she has lived the past 20 years in Ireland and The Netherlands with her husband and their two children. During the 1999 Frankfurt World Book Fair, Anne de Graaf was awarded the East-European Christian Literature Award. About the Illustrator: Montero, José Pérez is an award-winning illustrator and painter who has illustrated more than seventy children's books. He started selling his paintings at the age of thirteen, and has studied at the San Fernando and Circulo Schools of Fine Arts in Madrid. His landscape and portrait paintings have hung in numerous exhibitions throughout Spain. During the last thirty years he has drawn illustrations for comics, advertising and textbooks, but he is most known for his illustrations of children's books which have been published in over forty countries. His work was selected for exhibition at the Society of Illustrators "Illustrator 38" exhibition 1993-1998. He lives in Spain with his wife, two sons and grandchildren. During the 1999 Frankfurt World Book Fair, José Pérez Montero was awarded the East-European Christian Literature Award. 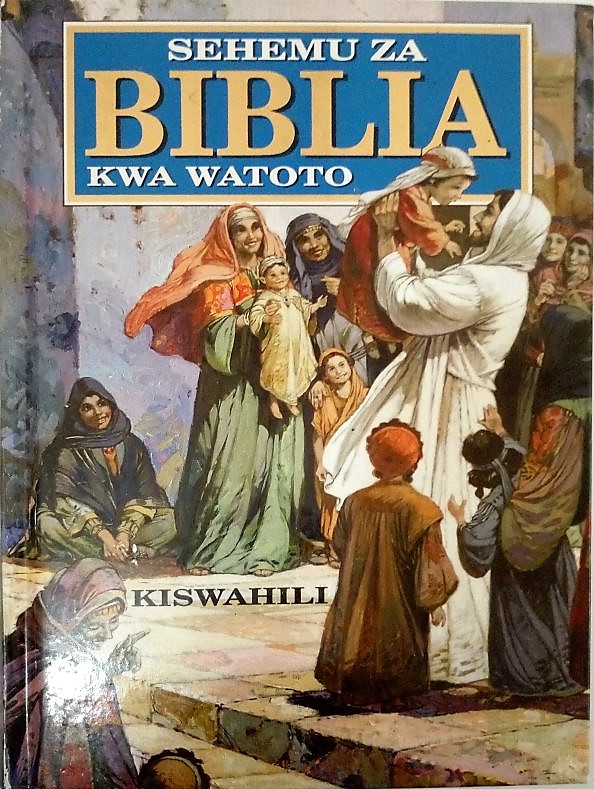 Swahili, also known as Kiswahili (translation: coast language), is a Bantu language and the first language of the Swahili people. It is a lingua franca of the African Great Lakes region and other parts of eastern and south-eastern Africa, including Tanzania, Kenya, Uganda, Rwanda, Burundi, Mozambique, and the Democratic Republic of the Congo (DRC). Comorian, spoken in the Comoros Islands is sometimes considered to be a dialect of Swahili, though other authorities consider it a distinct language.

This Book contains bible sections with great illustration from Gensis to Revelation in Kiswahili. It is a perfect tool for children learning Kiswahili and doing bible study. The Swahili language or Kiswahili is a Bantu language and the mother tongue of the Swahili people. It is spoken by various communities inhabiting the African Great Lakes region and other parts of Southeast Africa, including Tanzania, Kenya, Uganda, Rwanda, Burundi, Mozambique and the Democratic Republic of Congo. The closely related Comorian language, sometimes (and incorrectly) considered a Swahili dialect, is spoken in the Comoros Islands. Although only around five million people speak Swahili as their mother tongue, it is used as a lingua franca in much of Southeast Africa. The total number of Swahili speakers exceeds 140 million. Swahili serves as a national or official language of four nations: Tanzania, Kenya, Uganda and the Democratic Republic of the Congo. It is also one of the official languages of the African Union. Some Swahili vocabulary is derived from Arabic through contact with Arabic-speaking Muslim inhabitants of the Swahili Coast. It has also incorporated German, Portuguese, English, Hindi and French words into its vocabulary through contact with empire builders, traders and slavers.