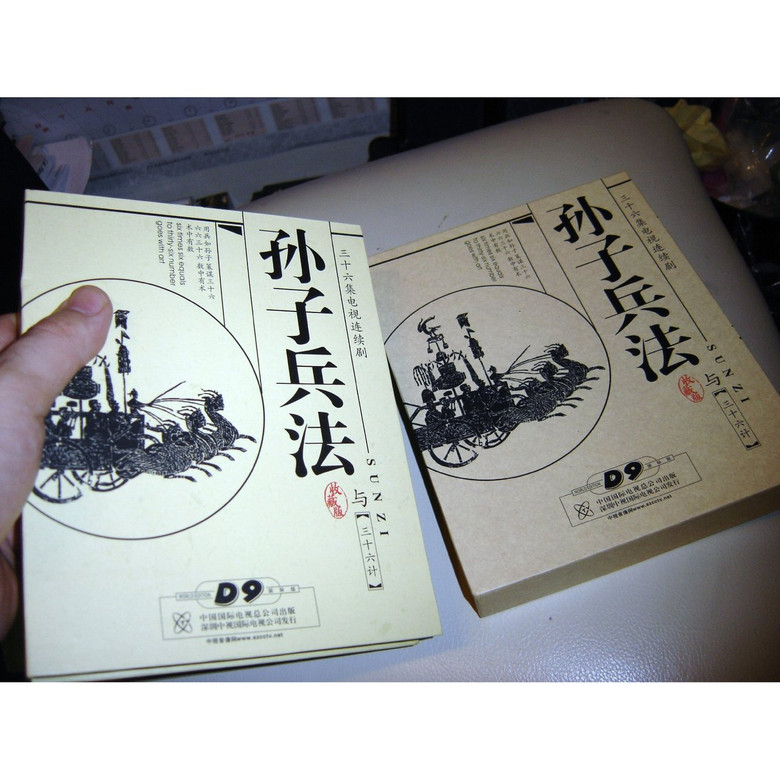 Chines Classic CCTVThe Thirty-Six Strategies is a unique collection of ancient Chinese proverbs that describe some of the most cunning and subtle strategies ever devised.Sun Zi's The Art of War focus on military organization, leadership, and battlefield tactics, the Thirty-Six Strategies are more suitably applied in the fields ofpolitics, diplomacy, and espionage. These proverbs describe not only battlefield strategies, but tacticsused in psychological warfare to undermine both the enemy's will to fight - and his sanity. Tactics suchas the 'double cross', the 'frame job', and the 'bait and switch', can be traced back through thousandsof years of Chinese history to such proverbs as 'Hide the Dagger Behind a Smile', 'Kill With a BorrowedSword', and 'Toss out a Brick to Attract Jade' respectively. Though other Chinese military works ofstrategy have at least paid lip service to the Confucian notion of honour, the Thirty-Six Strategies makeno pretence of being anything but ruthless.For the western reader the Thirty-Six Strategies offers timeless insights into the workings of human natureunder conditions of extreme stress. Many of the proverbs are based on events that occurred during China'sWarring States Era (403-221 BC). This was a time so infamous, that a later Emperor banned history booksof that era on the grounds that they contained accounts of such a devious nature, they would morally corruptall who read them. Many of those accounts are presented here along with the exploits of some of the orient'sgreatest generals, kings, emperors, and shoguns. Over 118 anecdotes are included to both explain and offerexamples of each strategy's application. By learning from the old masters of the art of deception, one is better able to spot the modern pretenders, for, though the players come and go, the game remains the same.36 Episodes?