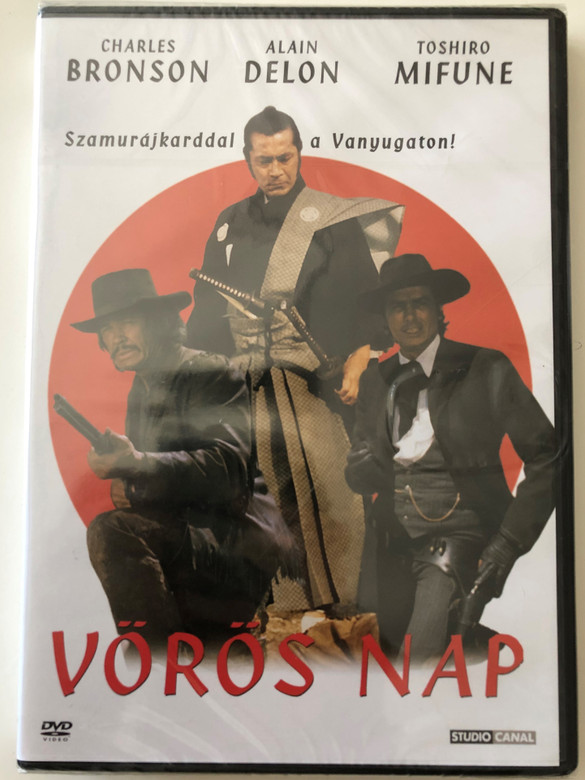 Link Stuart and Gauche are the ruthless co-leaders of a gang of bandits who rob a train of its $400,000 payload. On the train is the Japanese ambassador, on his way to Washington, who has with him a ceremonial tachi, a gift to the American president. Gauche steals the gold-handled sword and shoots dead one of the ambassador's two samurai guards. At the same time, by Gauche's order, other members of the gang double-cross Link by throwing dynamite into the train car he occupies and leaving him for dead. Before the gang departs, the surviving samurai guard, Kuroda, tells Gauche he intends to track him down and kill him, but Gauche is dismissive of the threat.

The Japanese ambassador instructs Link, who was not injured in the attempt to kill him but who has been disarmed, to assist Kuroda in tracking down Gauche. Kuroda is given one week to kill Gauche and recover the sword. If he fails both Kuroda and the ambassador will have to commit seppuku for having lost their honor in allowing the sword to be stolen and the samurai's death to go unavenged. Link reluctantly agrees, but he realizes that Kuroda will kill Gauche immediately, which Link does not want because he knows Gauche will have hidden the loot. Once they set off in pursuit of the gang, Link repeatedly attempts to elude Kuroda, only to be thwarted by the irrepressible samurai.