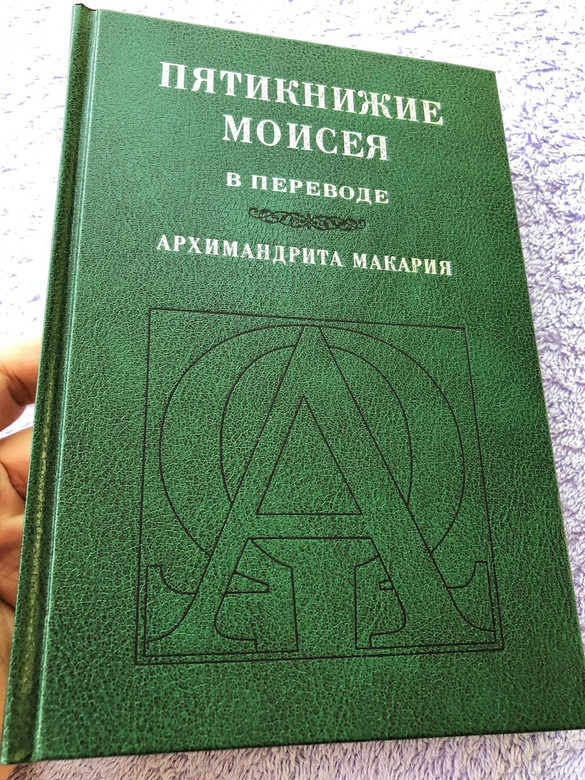 Russian Pentateuch, Makari Translation / Historical Reprint of Original from 1863 by the Bible Society of Russia / Makarij Pentateuch 1825 The Pentateuch of Moses

Russian Pentateuch, Makari Translation / Historical Reprint of Original from 1863 by the Bible Society of Russia

The Pentateuch of Moses in Russian (archimandrite Makarij translation)

The Venerable Makarii, Missionary to the Altai (1792-1847) was a Russian archimandrite who founded the Altai mission in 1830. In the year 2000, the Russian Orthodox Church glorified him as a saint, commemorated on May 18.

Bible translations from Hebrew to Russian. Fr. Makarii began his translation of the Old Testament in 1837, and worked on it all his life. He was disciplined for preferring the Masoretic text to the Septuagint, and colloquial Russian to Church Slavonic. His incomplete translation was finally published in the 1860's, more than a decade after his death. 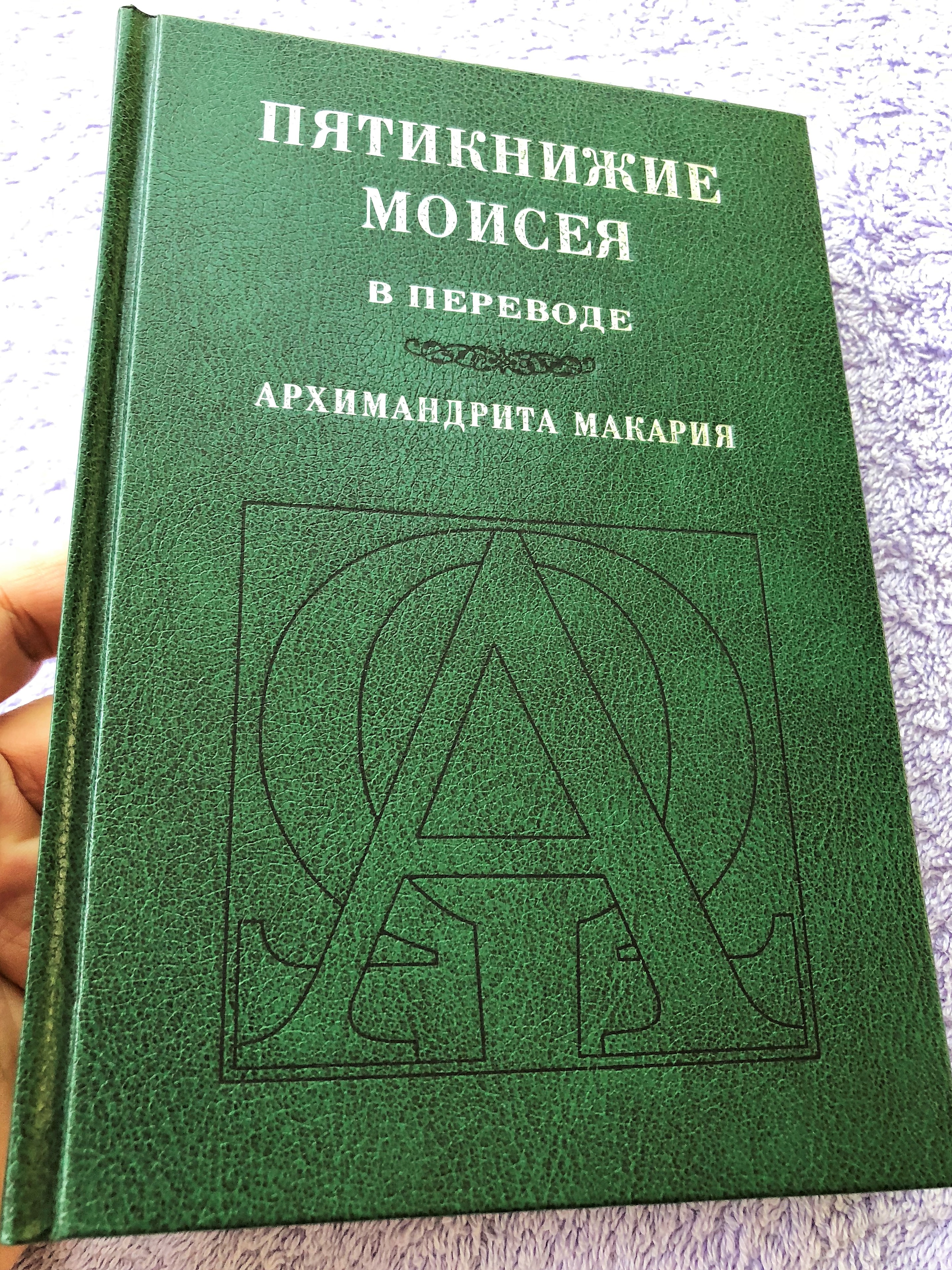 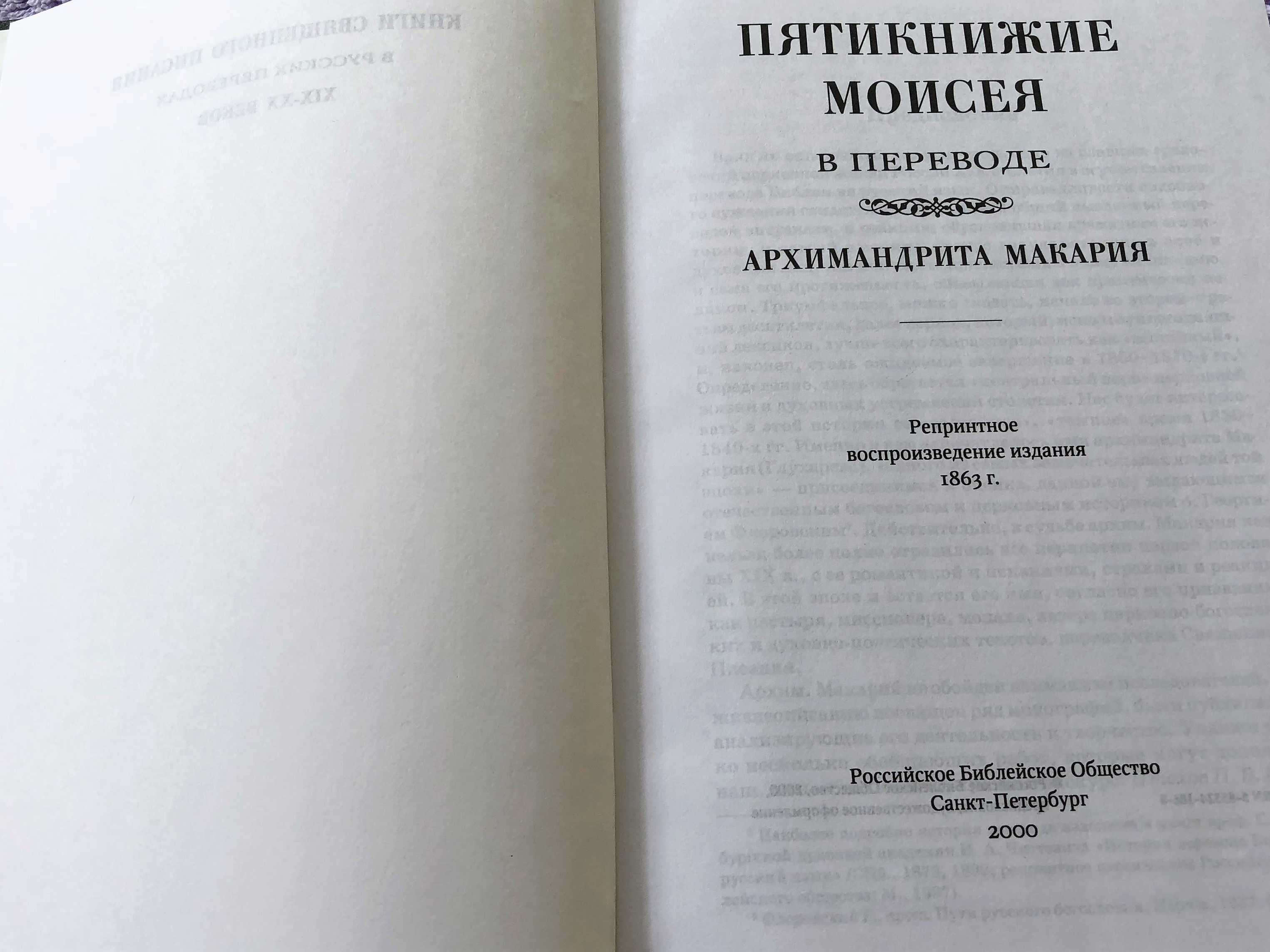 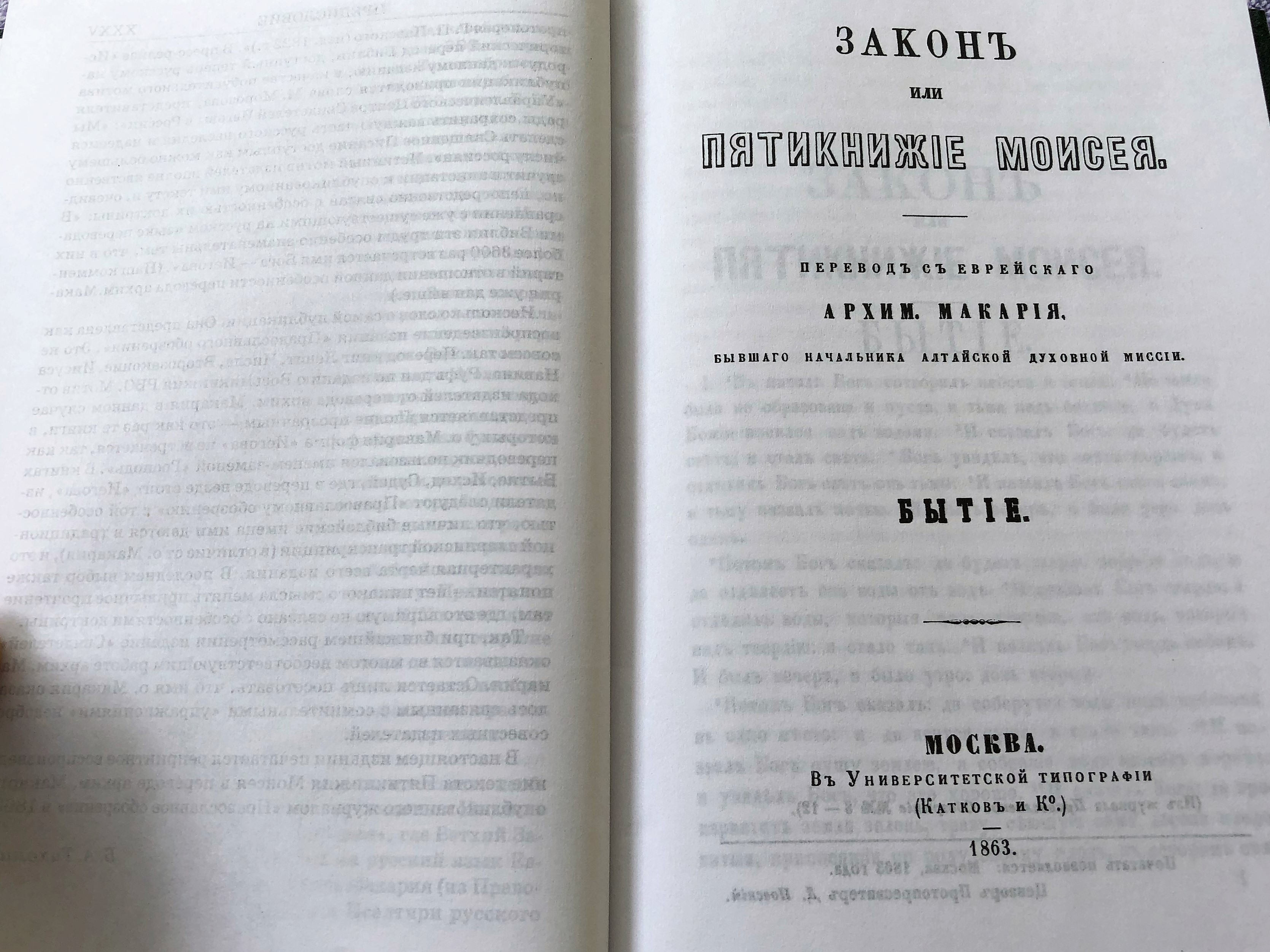 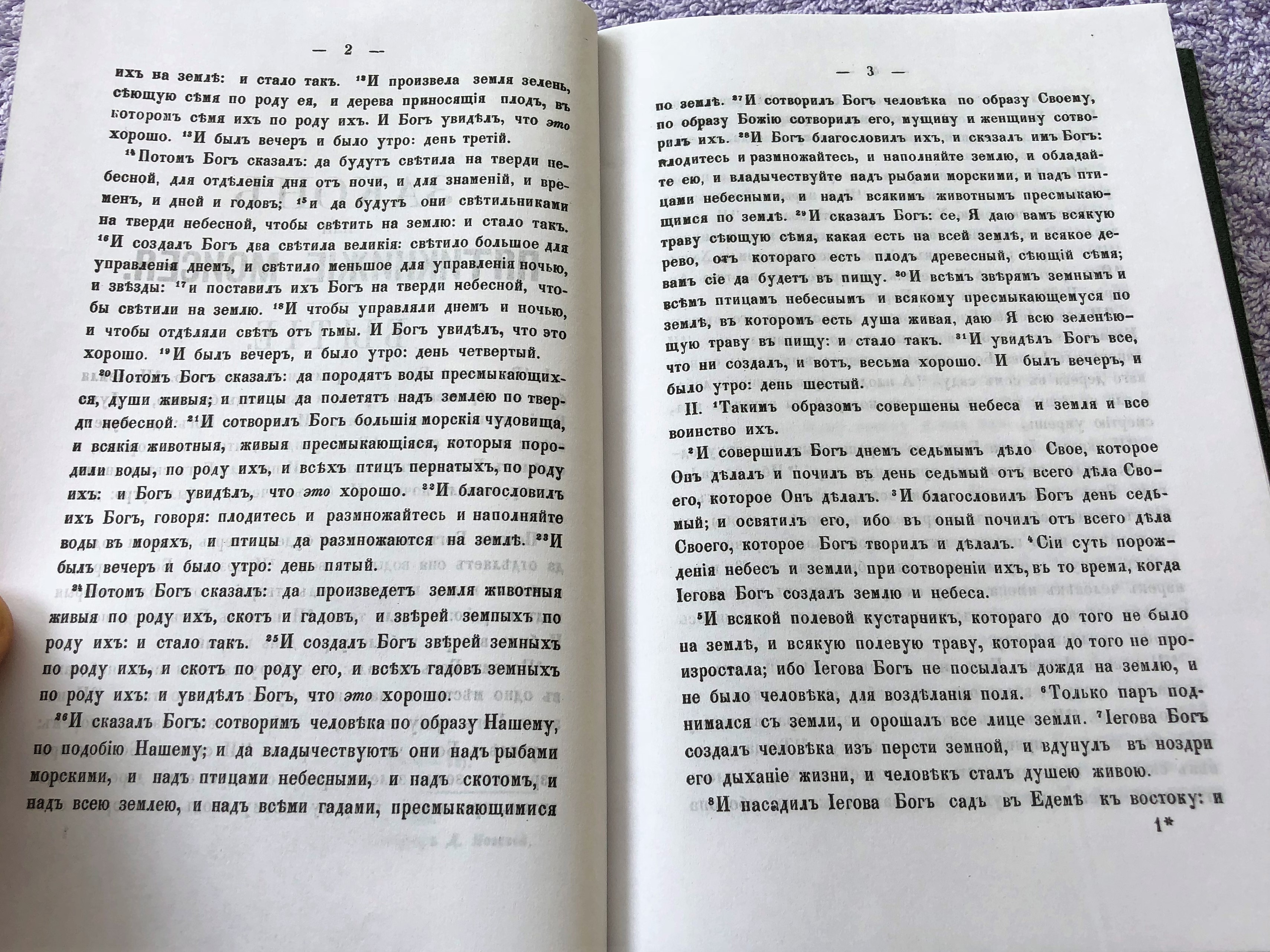 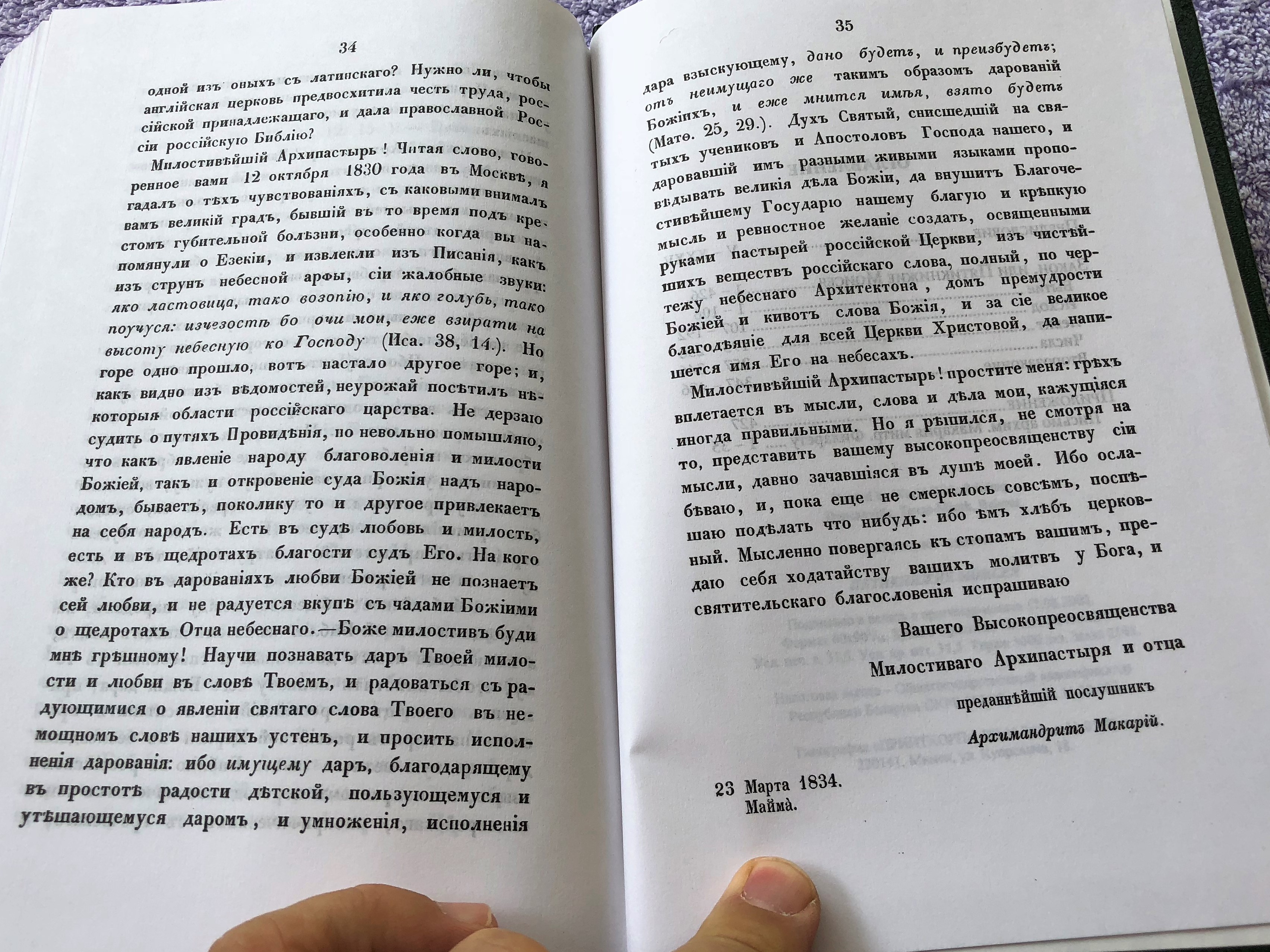