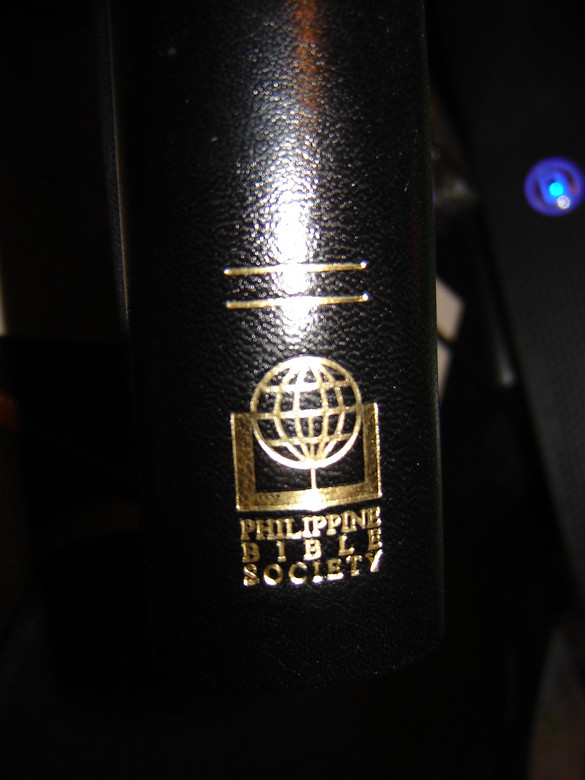 The Magandang Balita Biblia (or the Tagalog Popular Version) is one of the two most widely circulated translation of the Christian Bible in the Tagalog Language [the other simply entitled Ang Biblia (meaning The Bible)], first published by the Philippine Bible Society in 1973. This translation of the Holy Scriptures in Tagalog follows the tradition of the Good News Bible, an English language translation published by the American Bible Society in 1966. However, the Magandang Balita Biblia is not a translation of the Good News Bible but only a parallel translation of it. The translation is characterised by the use of a simple everyday language, which is best suited children's catechism. Also, like the tradition of the Good News Bible, some publications features line drawings of Biblical events with a snippet of text. The 'Magandang Balita Biblia' also tried to translate the verse parts of the Bible in verse form, making it more singable when set to music. The Magandang Balita Biblia is the first Tagalog Bible that uses the dynamic equivalence technique. Its aim was to give more emphasis on meaning than in form. Indeed, when one reads this version of the Bible, it will be very hard to detect the original idioms used in the original language. Unlike the earlier Ang Biblia, this translation of the Bible used weights and measures according those that are more familiar to Filipino readers. Since there was a Filipinisation' trend during the Marcos Era (the time when the Book was published), it was just expected that there was a tension regarding the use of borrowed words. This was, however, changed in the 2005 Edition of the Bible when the translators chose words like bag instead of the more traditional sisidlan.